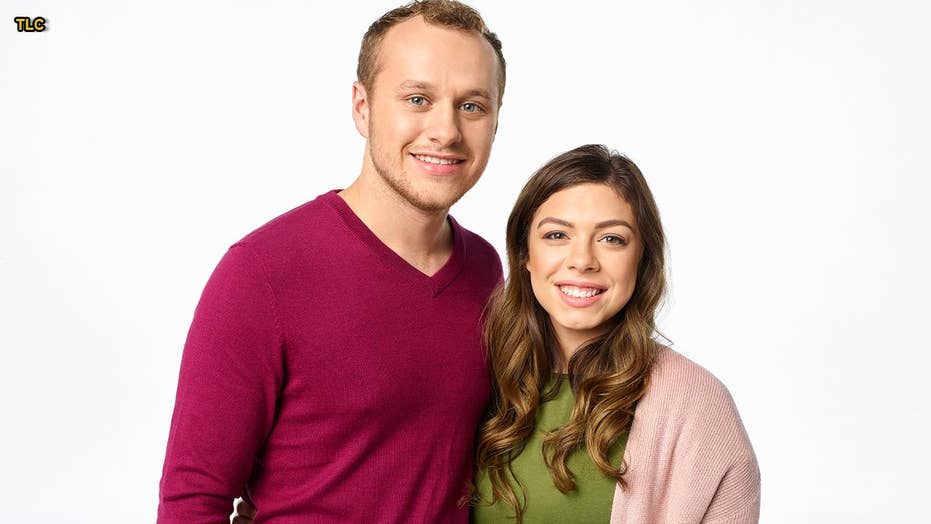 ‘Counting On’ stars Josiah and Lauren Duggar say opening up about their tragic miscarriage in front of cameras helped them heal, come to terms with the tragedy.

Josiah Duggar and his wife Lauren were struck by tragedy shortly after their blissful wedding.

In the new season of their TLC series “Counting On,” the couple revealed they suffered a miscarriage in October 2018.

TEDDI MELLENCAMP SAYS HER MULTIPLE MISCARRIAGES LED HER TO A 'DARK' PLACE: 'IT WAS REALLY HARD'

“I wasn’t feeling well,” Lauren, 19, explained in the show, as reported by Page Six. “I was cramping really, really bad, which was quite strange because I normally don’t. I was thinking maybe I had something that had gluten in it. That’s what I was thinking. Well, it was late at night and I went to use the restroom and right there was the baby. Gone.”

The couple got engaged in March of last year and married in June. And while they happily chronicled their union for audiences, Lauren told Fox News she hesitated to share her heartbreaking loss with the world.

Josiah, 22, told Fox News he supported his spouse’s decision to come clean in front of cameras even as they were privately grieving.

“A lot of women go through this,” he explained. “A doctor was sharing with us that one out of every five pregnancies ends up in miscarriage. And so it’s a very common thing with it being the first trimester most of them. A lot of women don’t share it. And they keep it in. Our doctor really encouraged us [to speak out]. … That helps with the healing.”

The pair insisted that they’re now in a better place. In fact, they said the experience has only brought them closer as they navigate through married life.

“It really has drawn us closer together,” said Josiah. “… It’s not just a honeymoon for the rest of your life. … There’s definitely going to be hard times. And hard times are a part of real life. It’s not just all happiness. … Going through that together really has drawn me closer to Lauren. And I love her even more now than the day I married her.”

Lauren said she has found strength and comfort in her Christian faith to move forward.

“For me, I honestly couldn’t have done it without family and our faith,” she said. “I mean, to know that our baby is in the arms of Jesus is the biggest comfort to me.”

There have been some happy times for the married couple. In August, People magazine reported they jetted off to Vienna, Austria for their honeymoon, a place Lauren had yearned to visit because of its connection to “The Sound of Music.” But what made this journey extra special is that there were no chaperones to be found.

In the Duggar household, the children must follow no-nonsense conservative rules when it comes to dating or “courting.” The ladies are required to have a chaperone on each of their dates. While “side hugs” are acceptable, holding hands is only allowed if you’re engaged. They can only share a first kiss at their wedding. Josiah, in particular, famously comes from a family of 19 — 10 boys and 9 girls. Their lives were chronicled in the TLC show “17 Kids and Counting,” which aired from 2008 until 2015.

In “Counting On” audiences learned Duggar practiced kissing on his hand to ensure his wedding smooch with Lauren was perfect. He said "my kisses are doing great."

“It was definitely different not to have any chaperones, but I think it was more different not to have 20 people because we have big families on both sides,” said Lauren about their honeymoon. “So it's just the two of us. … We can fly through security and everything so quickly you feel like you’re leaving someone else behind.”

Josiah said the new season of “Counting On” will unveil the ups and downs the couple has endured so far since tying the knot. The couple has no regrets opening up their lives for fans.

“You definitely get to see the happy times and… also the hard times,” said Josiah. “It’s like a home video camera really… following us around and seeing the realities of our lives. That’s what it’s like.”