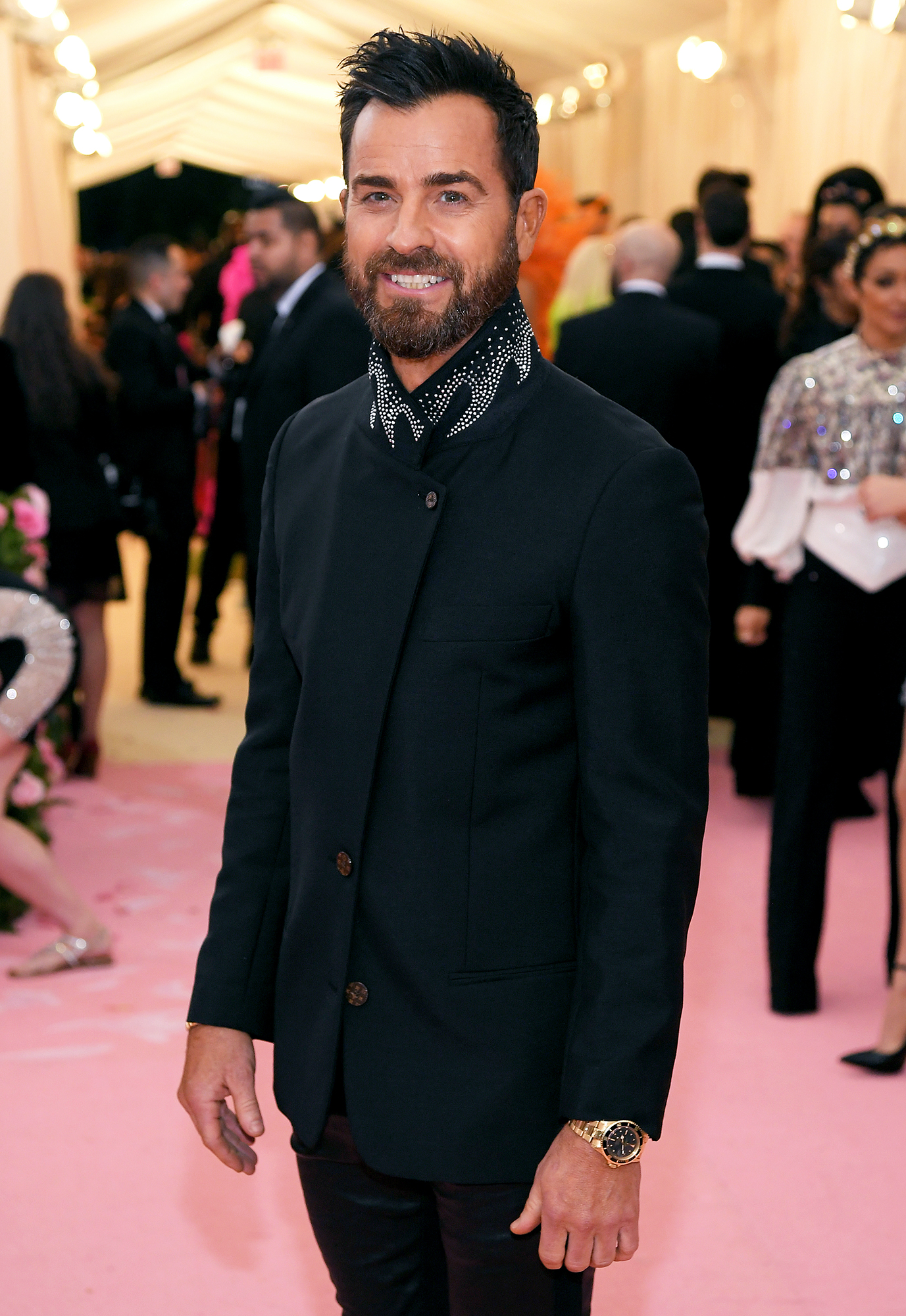 Justin Theroux’s got a new gig! The actor, who isn’t shy about his love of good food and drinks, recently opened a bar on Manhattan’s Lower East Side called Ray’s.

The self-described “dive bar,” which boasts no drink menu and sparse decor, is a collaboration between the Girl on the Train star and Golden Age Hospitality’s restaurant savvy trio Jon Neidich, Taavo Somer and Carlos Quirarte, who are behind Big Apple hotspots including Acme and Freeman’s.

Us Weekly spotted Theroux 47, at the opening party for his new business around 6 p.m. on Friday, July 19, where he happily took a selfie with at least one patron while keeping an eye on his beloved dog, Kuma, who was on a leash inside. The pooch, a Hurricane Harvey rescue, frequently accompanies the Leftovers alum to restaurants all over the city.

The shindig, which took place at the new watering hole on 177 Chrystie Street, attracted stars including Mark Ronson and others. Theroux stayed for part of the festivities while clad in a short-sleeved T-shirt and long pants.

The writer and producer, who divorced Jennifer Aniston in 2018, shared several shots from the opening night party on Instagram. In one snap, he’s seated in a leather banquette with two friends. “Whelp. @raysbarnyc is open for business. Cold beer. Air cooled,” he wrote. “Jukebox still out of order because Danny’s upstate. He’s gonna shoot for Monday but can’t promise anything.”

The kick-off event’s VIP area was separated from the main section of the bar thanks to a few concrete steps and consisted of a couch area surrounded by mirrors. Elsewhere, the bar featured black and white checkered floors, a pool table, round brown leather booths, small red Christmas lights hanging from the ceiling and the aforementioned silent jukebox in the corner.

The bar’s name, Ray’s, is inspired by its fictional cowboy proprietor. “Many of our favorite bars were named after the owner — and often enough, they were the ones looking after you at the bar. It conveys a vibe of simplicity and a lack of pretension,” Neidich told Women’s Wear Daily. “Ray himself is the essence of this bar; we wanted to create a space where guests would come and drink away their troubles at the end of a long day.”

Theroux teased the opening of Ray’s on Instagram earlier this month, when he posted a snapshot of himself and Kuma lounging on the bar’s pool table. “Hey New York City. Kuma and I are opening a bar with a couple friends called Ray’s. Because Sometimes you wanna go where nobody knows your name,” he wrote, slightly altering the lyrics to the Cheers theme song. “Grand Opening Friday July 19th. Good times.”

With reporting by Nikaline McCarley