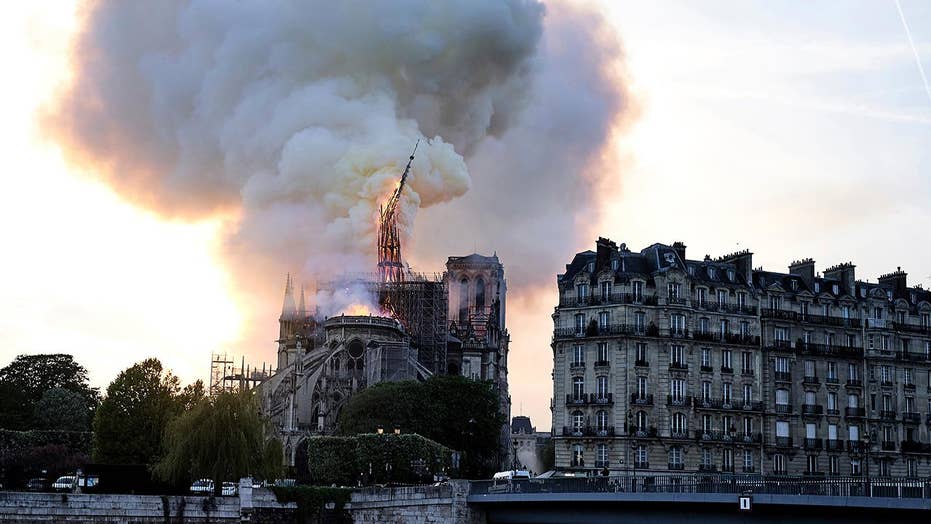 CNN anchor Don Lemon took a swipe at President Trump on Monday while reporting on the devastating fire that erupted at the Notre Dame Cathedral in Paris.

Lemon began by knocking the president’s remarks at an event in Burnsville, Minn., where he said that the cathedral was burning “very badly” and that it “looks like it’s burning to the ground.”

“Notre Dame, by the way, has not burned to the ground thanks to the heroic efforts of those firefighters though the damage is really, really stunning,” Lemon said.

The “CNN Tonight” host then invoked Trump’s suggestion of “raking the forest floor” as wildfires plagued northern California in 2018 before slamming his tweet, where he suggested that “flying water tankers” could put out the fire at Notre Dame.

Lemon followed Trump’s tweet with the response from the French Civil Defense Agency, noting “they were not having that” since they refuted the president’s suggestion because using water-bombing aircraft “could lead to the collapse of the entire structure of the cathedral.”

“You would think that the president- made his name as a builder– would know better, but this president can’t seem to resist weighing in, playing the expert,” Lemon told his viewers