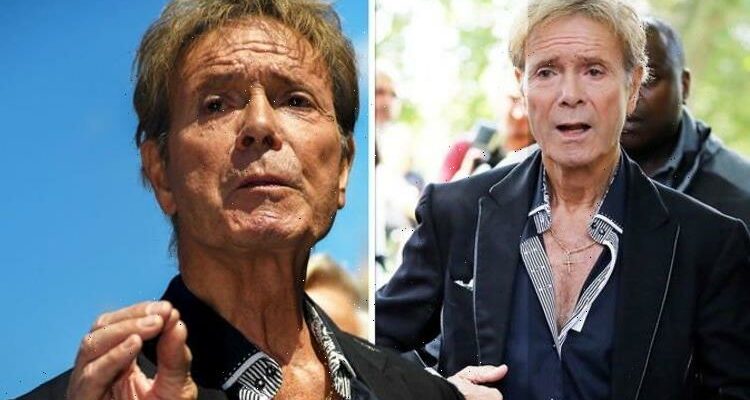 Cliff Richard discusses why he chose to never get married

Sir Cliff Richard, 80, has joined a group campaigning for greater accountability for the police. The legendary musician added his name to a letter to Prime Minister Boris Johnson calling for reform to the service.

The letter sent last week called on the Prime Minister to not renew Dame Cressida Dick’s contract at the Metropolitan Police.

It was signed by high-profile victims of police corruption, malpractice and incompetence.

The letter reads: “We share a collective concern that the leadership of the Metropolitan Police Service will continue to act as though they are above the law.”

It also urged for an overhaul of the service’s senior team and called for new figures to be brought in “via a truly independent and transparent process”.

This comes as reports suggest Dame Cressida’s contract has been extended for two years.

Now Sir Cliff has added his name to the growing campaign.

In a statement, Cliff said: “I was very moved by the letter to Boris Johnson and thrilled to read the names of the seven supporters of the justice project.

“I am honoured to join this wonderful group.

“I am absolutely behind this project,” he added to the Daily Mail.

Other signatories in the campaign include former MP Harvey Proctor and brother of murder victim Daniel Morgan, Alastair Morgan.

Also included are Edward Heath’s biographer Michael McManus and Nick Bramall, who is the son of Lord Bramall.

Sir Cliff has previously been very vocal in his criticism of the handling of his case by South Yorkshire Police.

In August 2014, Sir Cliff’s apartment in Berkshire was searched by police in response to a complaint.

He was not arrested and strongly denied all allegations but it took until 2016 for the Crime Prosecution Service to dismiss his case.

The singer criticised South Yorkshire Police’s handling of the case at the time.

The force later “apologised wholeheartedly” when the investigation was dropped.

Of the situation, Richard said: “My reputation will not be fully vindicated because the CPS’s policy is to only say something general about there being ‘insufficient’ evidence.

“How can there be evidence for something that never took place?”

In 2018, the musician also took a case to the High Court to seek damages for the BBC’s coverage, which he called “shocking and upsetting”.