Off the rails! Actor Christopher Eccleston is escorted from a train by the police after a row with a member of staff over a drink trolley 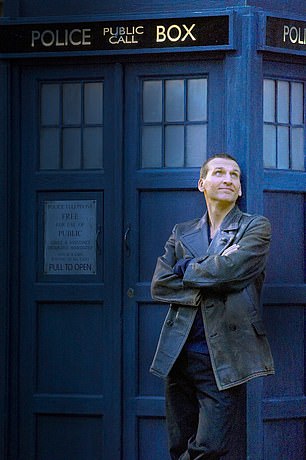 Christopher Eccleston, 54, was travelling on a train from Newcastle to London but was ejected at Peterborough station at 11.20am

He effortlessly travelled through space and time as Doctor Who.

But Christopher Eccleston appears to have had rather more trouble after swapping the Tardis for a train.

The actor was escorted off by the British Transport Police after an altercation with a member of staff as he attempted to travel from Newcastle to London.

Eccleston, 54, became embroiled in a heated row on the LNER train when he was blocked from getting to his seat in first class by a female staff member pushing a drinks trolley.

Police then escorted him from the train when it stopped at Peterborough station.

Eccleston was allowed to go on his way after speaking to officers – but an investigation remains ongoing.

A passenger who witnessed the incident last month said: ‘After pulling out of Doncaster around 11am I suddenly became aware of raised voices along the carriage, which sounded very angry.

‘I looked along and saw a tall-ish well-dressed man arguing with a female employee who was pushing a food trolley along the aisle.

‘The man was trying to get past her but when he realised he couldn’t get by and would have to wait he totally lost it. 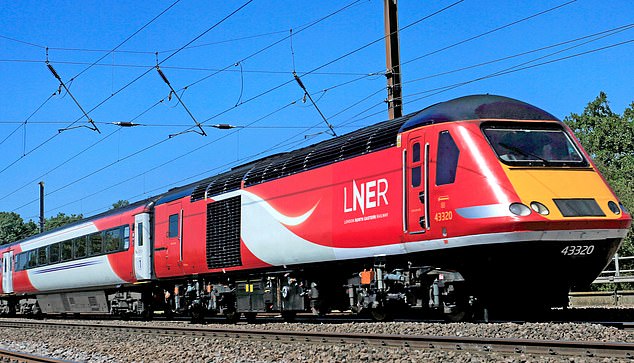 ‘He was making a complete idiot of himself but his behaviour was totally outrageous.

‘It was ridiculous and totally uncalled for but he became really angry and irate. He just had to wait for a few minutes but instead he was really in the woman’s face.

‘It seemed to be escalating a bit and a couple of people actually got up and had to intervene by telling the man to calm down. The man was totally out of order and the woman looked really upset and pretty shook up by the whole thing.

‘It all kind of calmed down but I could tell the woman had been really affected by his outburst.’

A spokesman for the British Transport Police confirmed officers were called to Peterborough station at 11.20am on November 21 ‘following a report of a passenger behaving in an anti-social manner on a train from Newcastle to London’.

They added: ‘A 54-year-old man was removed from the service and given some words of advice. Officers believe other passengers may have witnessed what happened, and would ask them to contact BTP.’

Eccleston is currently playing Macbeth in a Royal Shakespeare Company production at the Barbican. The matinee performance of the play was cancelled the day after the incident, with a spokesman for the theatre blaming ‘an unforeseen engineering issue’.

Eccleston became the ninth incarnation of the BBC’s Time Lord when Doctor Who was revived in 2005. He left the show after just one series.

He recently revealed that he once threatened the BBC with legal action following his departure, after a Corporation spokesman claimed that Eccleston left the show because he was ‘tired’ – a quote mistakenly attributed to him.

Speaking on Simon Mayo’s BBC Radio 2 show, Eccleston said: ‘I threatened legal action and I got an apology printed in all the newspapers.

‘The BBC had to make a statement apologising for attributing quotes to me. Nobody will go on record as saying this but my agent said “you need to get out of town because you’re not going to work”.’

A spokesman for London North Eastern Railways said: ‘We can confirm that the BTP attended an LNER service on the morning in question, however our investigations continue and we are unable to comment any further.’

Eccleston’s spokesman did not respond to a request for comment last night.