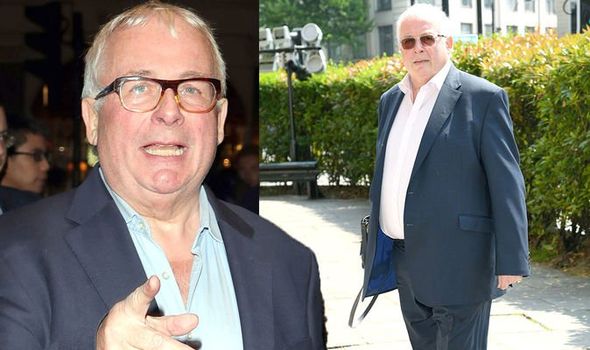 Christopher Biggins suffered a “terrifying” experience while waiting for a taxi after a night out in Covent Garden. The veteran entertainer had his phone snatched by a cyclist in a hood and detailed what happened on BBC Wiltshire while acting as guest editor. The 70-year-old said it had left him feeling “violated” and came about after he left a posh restaurant. He started: “I walked down to Charing Cross Road to get an Uber at quarter to midnight and I was on my phone.

“I was looking down toward Trafalgar Square and I was seeing how far away he was and suddenly a hooded cyclist came by and stole my phone – just took it out of my hand.”

Christopher continued: “It was such a violation.

“I shouted very loudly but it was quarter to midnight and he got away.”

The star said talking to insurers the next day had made him feel a little better because some of them asked: “Is that the real Mr Biggins?”

He told listeners he didn’t think the person who stole the phone would be able to get into it and retrieve the informations stored.

Christopher is one of four presenters guest editing BBC Wiltshire this week to mark the station’s 30th birthday.

Meanwhile, it comes just months after Christopher addressed the big changes he had made in his life after getting some shock health news.

He revealed how things were different since I’m A Celebrity… Get Me Out Of Here, after being diagnosed with type 2 diabetes.

Speaking exclusively to Express.co.uk, he admitted it had “opened his eyes” to the impact the disease has on people’s lives.

He said: “When I was first diagnosed with diabetes that was what shocked me. I mean, I would go to a restaurant and eat two baskets of bread before I’d even had a starter.”