HGTV personality Christina Haack is moving forward with her life following her divorce from “Wheeler Dealers” star Ant Anstead. According to Us Weekly, the pair wed in 2018 and welcomed son Hudson shortly afterward, before announcing their decision to separate in 2020. “Ant and I have made the difficult decision to separate,” Christina wrote in a since-deleted Instagram post (via Us Weekly). “We are grateful for each other and as always, our children will remain our priority. We appreciate your support and ask for privacy for us and our family as we navigate the future.”

During this difficult time, Christina has thrown herself into work, co-hosting “Flip or Flop” with Tarek El Moussa (her first ex-husband) and headlining her own show, “Christina on the Coast.” In the midst of it all, Christina’s children — Taylor, Brayden, and Hudson — remain her focus. “I’m focusing on myself and the kids and having fun,” she revealed in a June interview with People. “I’m focusing on keeping our private life more private and just enjoying our time together and just being positive.”

Though Christina values family time, she’s offering up a slice of her life to the public via the newest season of “Christina on the Coast,” which gives “fans an inside look at milestone moments,” per People, in her life. This seems to be a healthy coping attitude for the mom of three. So, what’s the latest in her and Ant’s divorce proceedings?

Christina Haack and Ant Anstead are moving on 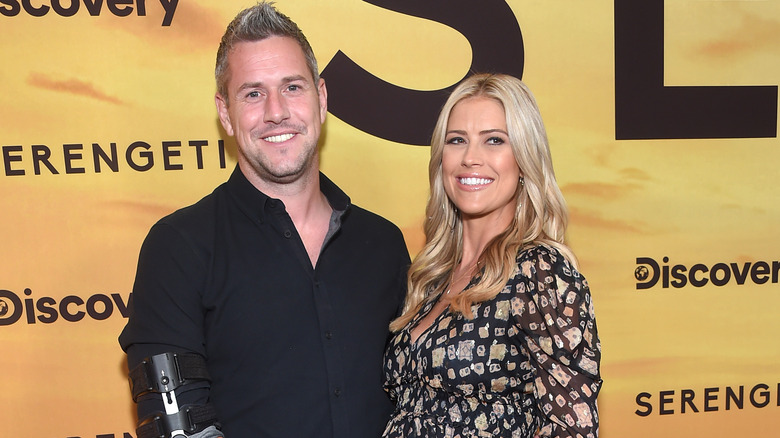 On June 21, TMZ reported that Christina Haack officially finalized her divorce from Ant Anstead, roughly 10 months after first announcing the split. According to the outlet, a judge signed the paperwork, which granted both spouses custody of their 1-year-old son — “both legal and physical.” It’s merely a legal confirmation for the duo, who have already begun moving on with their lives.

In January, Christina updated her Instagram bio to revert back to her maiden name, while Ant engaged in an online “breakup recovery” class and “three-day faith-based retreat” to expedite his healing process, per People. “It hit me hard. The impact on me, my sleep, my diet, my stress, it showed,” he told the outlet, adding that he’d lost more than 20 pounds due to the emotional toll of the divorce. He has since moved into a new home (via Fox News), while Christina likewise sold the house where she’d once lived with Ant for $5.3 million.

Neither Christina nor Ant seem overly eager to dip their toes in the dating pool. “I believe that everyone deserves to have love and find love and I hope that happens for me,” Christina told E! News in June. “But it would take a really special someone and my goal right now is just to focus on my kids and keeping my private life, as private as it can possibly be.” Perhaps the official divorce status will mark an important milestone for healing.