If you wanna be her lover, you gotta get close to her brother! Chris Pratt and his girlfriend Katherine Schwarzenegger’s brother, Patrick Schwarzenegger, enjoyed a guys’ night out — and by the looks of it, they had a blast! 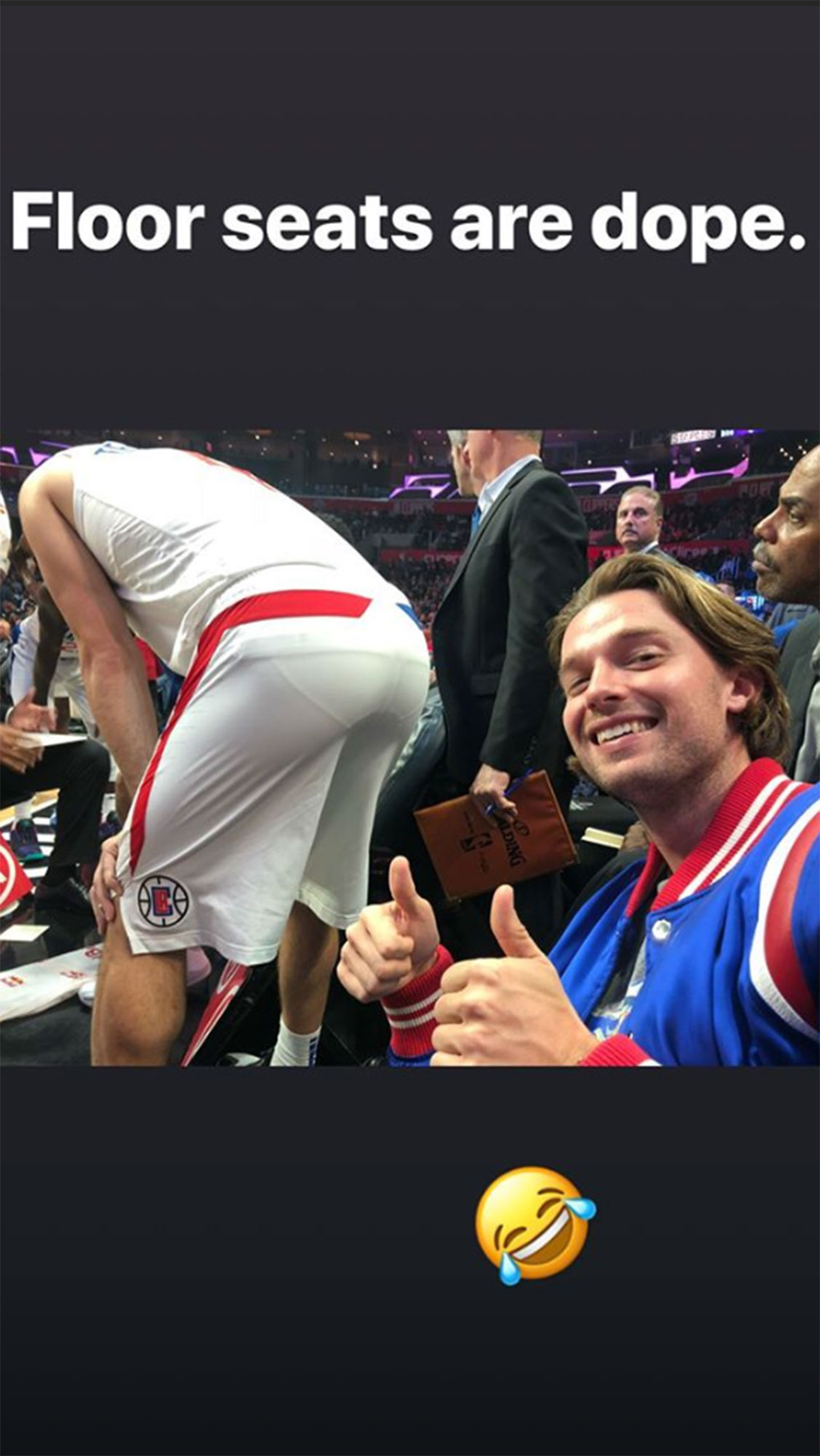 The Guardians of the Galaxy star, 39, attended the Los Angeles Clippers vs. Toronto Raptors game with the 25-year-old model on Tuesday, December 11, and they were seen laughing and documenting the event on their social media.

“Here with Patrick. Clippers game. We’re gonna help them tame those Raptors,” Pratt quipped on his Instagram Story, referencing his role in Jurassic World. Patrick also shared a silly photo of himself giving a thumbs up near a basketball player bending over near him, captioning it, “Floor seats are dope,” with a laughing-crying emoji. The Bride Wars actor shared the same shot and captioned it, “Great floor seats at Staples Center last night. So close you could smell the action!” 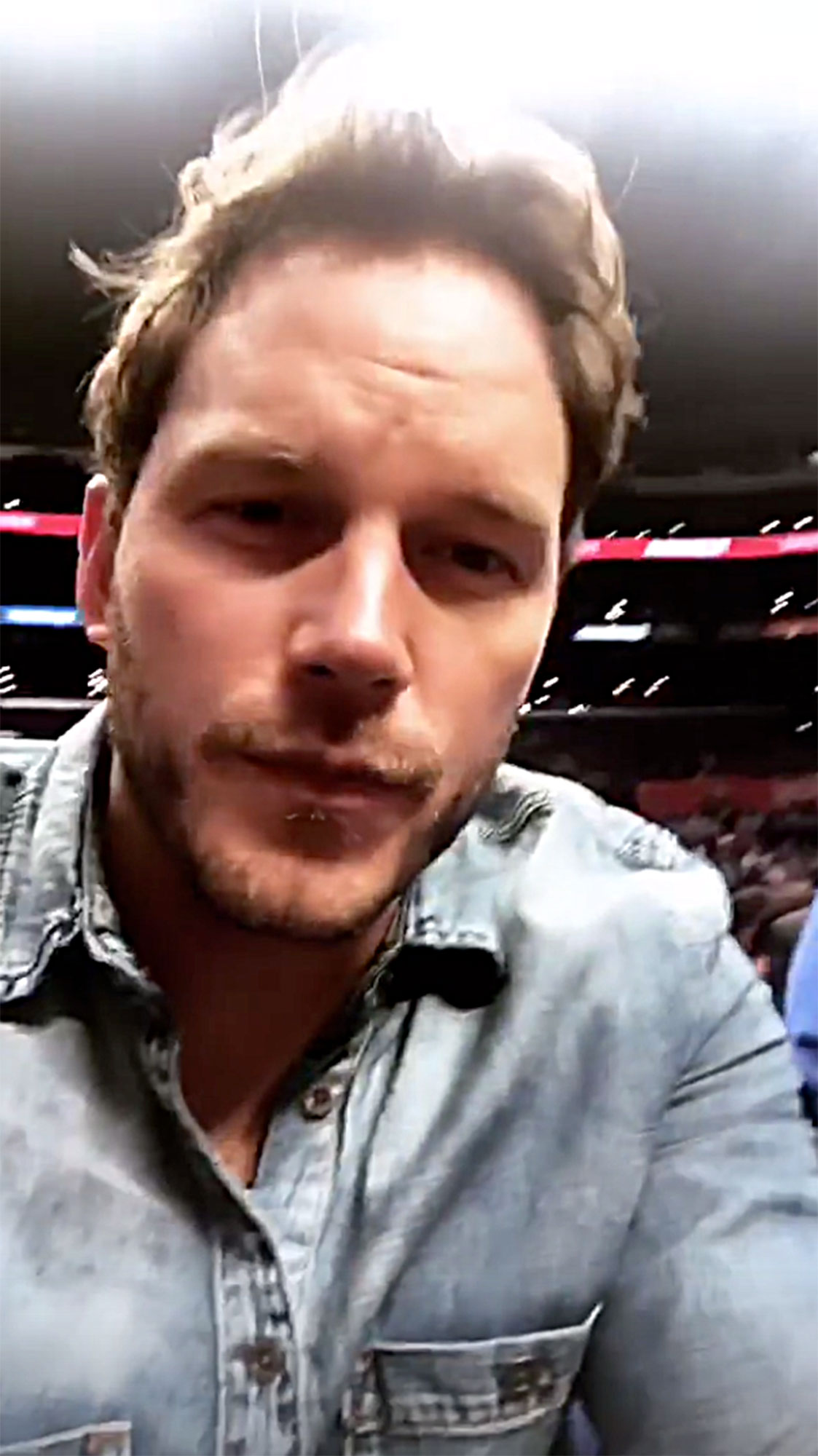 Pratt — who went public with his relationship with Katherine in June — seems to be getting along just fine with the Schwarzenegger family. The couple enjoyed a dinner date with the I Just Graduated … Now What? author’s mother, Maria Shriver, in October with Pratt’s 6-year-old son, Jack, who he shares with ex-wife Anna Faris. In November, the lovebirds attended a family outing with Katherine’s family, where they watched the writer’s siblings play a game of football in Los Angeles. 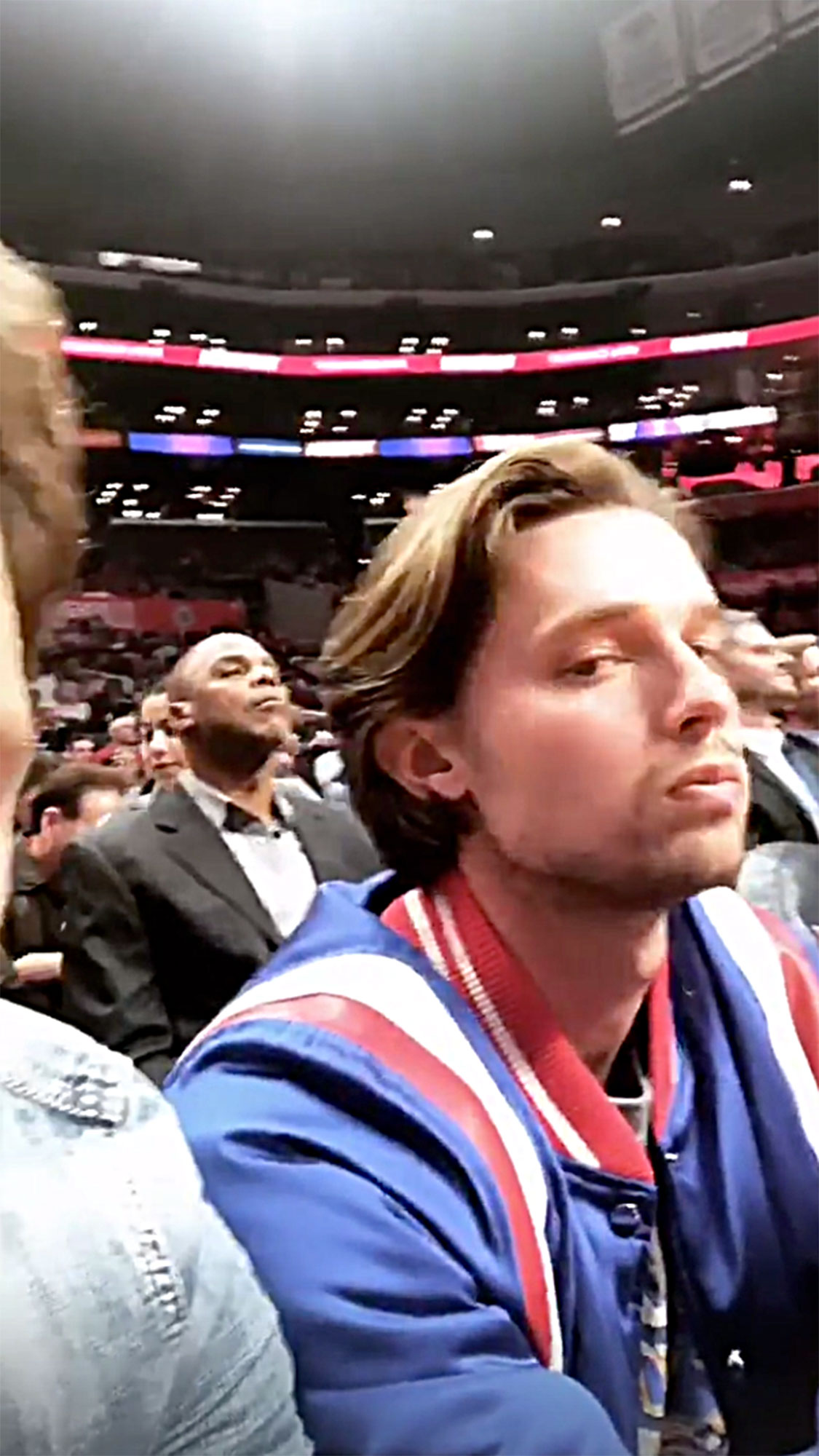 The Parks and Recreation alum seems to have dad’s vote of approval too: He and Katherine got breakfast with Arnold Schwarzenegger and his longtime girlfriend, Heather Milligan, in November.

The couple — who were set up by Shriver, 63, because they are both active churchgoers — have also enjoyed their own quality time, bringing their romance along with them to Disneyland, a winery and multiple restaurants for romantic dinners.

Pratt may be spending a good amount of time with Katherine’s family because he has big plans for her. “They’ll be engaged soon,” a source recently told Us Weekly exclusively, noting that the Passengers star is turning down work so “he can spend time with her.”