Obviously the true stans know all about Chris Evans‘ many tattoos. But many can’t help but think of the Marvel alum as Steve Rogers, the virtuous boy scout behind the Captain America shield. They can’t picture him all tatted up… and shirtless… even if they should.

Like Dolly Parton and her infamous secret ink, the Avengers: Endgame star really does have some serious tats. He rarely shows them in his movies (a notable exception being the little-seen 2011 legal drama Puncture, seen inset above), but every once in a while the Boston native shares a pic or vid on social media that reminds everyone of just what he’s got going on underneath those clothes.

Last October it was when he dove into his ice cold swimming pool for the last swim of the year. Mmm, yum… 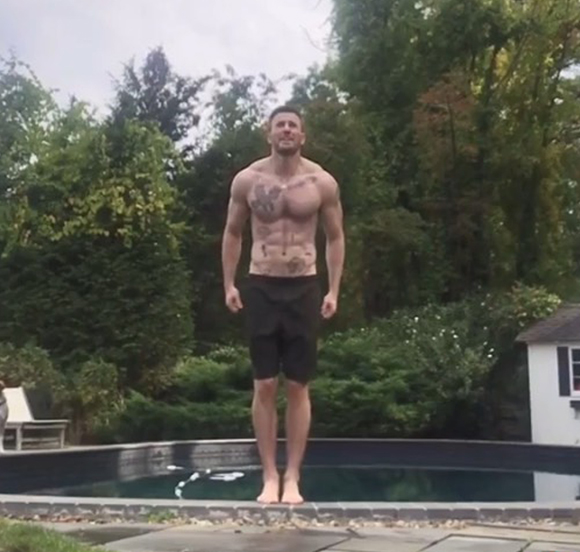 This time it was during a Zoom interview for the normally in-person Ace Comic-Con, in which Chris and his brother Scott Evans talked pandemic life and upcoming film projects.

The convo was nice and casual, so instead of dressing up Chris went for just a tank top and loose button-up shirt, showing off just the right amount of chest so that everyone could be reminded of those beautiful tattoos.

He probably didn’t even consider his choice of wardrobe as being thirst-trappy in any way, but he was wrong! Twitter absolutely LOST IT when they were reminded (or just learned) of the tats!

“Anyone else really want to know more about @ChrisEvans tattoos? I want to listen to the stories of what drew him to getting each one. I want to hear why those particular images are the ones he felt the desire to have permanently etched on his skin.”

See more of the thirsty reactions (below)!

What celeb is capable of making YOU the thirstiest?? Let us know in the comments (below)!