Catherine Oxenberg has spoken out following the sentencing of NXIVM leader Keith Raniere.

The disgraced self-improvement guru was sentenced to 120 years in prison on Monday in a federal case accusing him of sex crimes, conspiracy and racketeering.

Among the former members was the daughter of Oxenberg.

After her daughter India fell victim to the cult, the "Dynasty" actress openly campaigned for help in rescuing her daughter and bringing an end to the horrors of NXIVM’s master-slave sorority, also known as DOS.

Now, after the sentencing of Raniere, the actress has shared her thoughts.

On Twitter, a reporter noted that "Raniere professed his innocence in court, claimed the victims were lying in their statements and then said he was 'deeply remorseful.'"

Oxenberg didn't buy it, however.

"Only a monster would discredit his victims," she responded. "Remorseful for what? himself? Typical sociopath."

Earlier in the day, the star, 59, also took to Instagram to wish her daughter well in the courtroom. 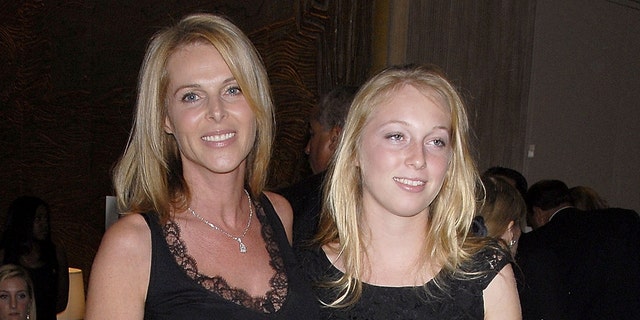 "My darling India is in court today, reading her victim impact statement. i am sending love and support," the loving mother wrote. "It is the first time she will get to address her abuser Keith Raniere – a man who lacks any moral compass. Finally he is held accountable for his crimes. Praying for life with no parole."

She concluded: "Let no one be harmed by him again."

NXIVM and Raniere have been the subject of two TV documentary series this year, HBO's “The Vow,” and the Starz series “Seduced: Inside the NXIVM Cult.”

Raniere's sentencing comes weeks after Seagram's heiress Clare Bronfman, 41, was sentenced to nearly seven years in prison for her role in the federal conspiracy case. Prosecutors had only sought five years.

Keith Raniere, the ex-leader of NXIVM, has been sentenced to 120 years in prison.
(YouTube)

Along with Bronfman, Raniere’s teachings won him the devotion of Hollywood actors including Allison Mack of “Smallville.” Mack also has pleaded guilty and is awaiting sentencing.

Prosecutors said Raniere, 60, led what amounted to a criminal enterprise, inducing shame and guilt to influence and control co-conspirators who helped recruit and groom sexual partners for Raniere.