It’s been 10 years since one of the most shocking and controversial criminal cases in US legal history.

After her missing daughter was found dead, Casey Anthony was discovered to have lied to police about it. After an extensive investigation, Anthony was charged with first degree murder, aggravated child abuse, aggravated manslaughter of a child, and four counts of providing false information to police. The then-25-year-old was staring down the death penalty.

And in one of the most-watched trials of all time, in which two thirds of those polled believed based on the evidence that she was guilty, the jury acquitted her of everything but lying to police.

Most of the jury were happy to disappear from the public eye after the grueling six-week trial. However, one of the five male jurors did speak to People shortly after the trial on condition of anonymity, explaining to the magazine:

“Generally, none of us liked Casey Anthony at all. She seems like a horrible person. But the prosecutors did not give us enough evidence to convict. They gave us a lot of stuff that makes us think that she probably did something wrong, but not beyond a reasonable doubt.”

However, a decade later that juror is singing a different tune.

Catching up with People once again, the juror said on Thursday he was haunted by the jury’s decision:

“I think of the case at least once, every single day.”

The juror says at the time he found the prosecutors “arrogant” and thought defense attorney Jose Baez “was the only one in the room who seemed like he cared.”

But now all he can think of is the 2-year-old murder victim, Caylee Anthony.

“Every time I see her face or hear her name, I get a pit in my stomach. It all comes flooding back. I think about those pictures of the baby’s remains that they showed us in court. I remember Casey. I even remember the smell of the courtroom.” 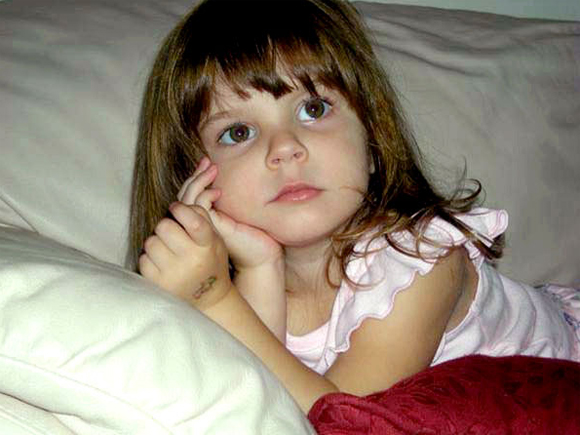 He claims the jurors thought, like most people, that she did it. But they didn’t think the 400+ pieces of evidence were enough, and they “promised to follow the law,” as he told one of his female counterparts at the time.

But now? He says:

“My decision haunts me to this day. I think now if I were to do it over again, I’d push harder to convict her of one of the lesser charges like aggravated manslaughter. At least that. Or child abuse. I didn’t know what the hell I was doing, and I didn’t stand up for what I believed in at the time.”

He says the jury bonded at the time and even kept a group chat going for a while… but one by one people left. And one day he did, too:

“It was painful for everyone. I remember feeling sick every time I saw one of names on my phone. So I muted the chat and stopped engaging. It was just too hard.”

While he wishes he’d done things different, the juror says he can’t imagine not having been part of the trial now:

“It’s traumatic to think about, and I wish I had done a lot of things differently. But it’s a part of who I am. This case will stick with me for the rest of my life.”

Such a lasting impact.

Casey maintains her innocence to this day. In fact, she recently opened up a private investigation business with the goal of helping other “wrongfully accused” women.