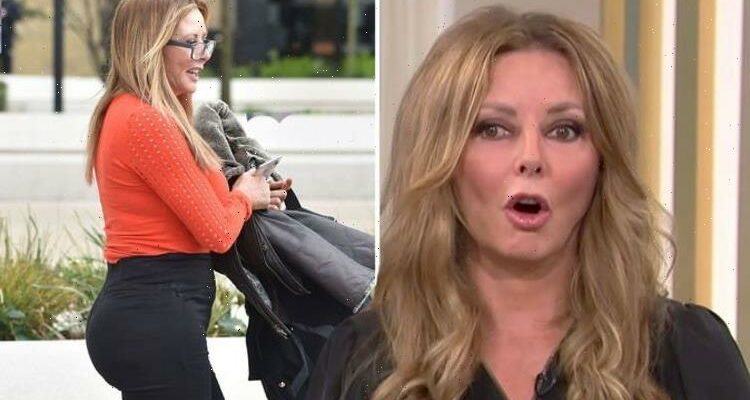 A Twitter user named Scotty responded to a post by Absolute Radio’s broadcaster Andy Bush, who asked his followers if they had a “nightmare car story” to share. His tweet came after a lorry, which was part of a film crew setting up in the area, ended up in the city’s harbour today.

Scotty commented: “I once almost ran over @carolvorders outside the Everyman Cinema on Whiteladies road in Bristol. Sorry Caz.”

The driver went on to joke that it was her fault the almost accident happened as she was on her phone.

“I believe you were on your phone crossing the road, totally your fault,” he added alongside a crying with laughter emoji.

Carol hasn’t revealed if she remembers the alleged incident, but not all Twitter users were convinced it was true.

Alan Siddall wrote: “People will do owt for a retweet.”

Ian Woodward commented: “She’s a national treasure. You could be sent to the Tower for this.”

The ex Countdown star is believed to have a home in Bristol, where she lives alone.

In a recent interview with The Telegraph, she said she was enjoying a quieter life and loved the city’s “green” surroundings.

The mother-of-two also has a house in Pembrokeshire, Wales.

Carol regularly gives fans an insight into her home on her Instagram page, where she has 176,000 followers.

Back in January, she revealed the thought of a relationship made her feel “positively sick”.

Last year, she told the Mail Online: “Would I marry again? Honestly, I just can’t see it.

“I am always on the move and I have a pretty low boredom threshold.

“My happiness doesn’t depend on being part of a couple, I know that.”

Carol married for the first time in 1985 to Christopher Mather, but they divorced the following year.

She was also previously in a relationship with Des Kelly.