Carol Vorderman, 58, ensured her shapely figure was impossible to miss when she stepped out in Cheltenham to see her friend Kate Robbins, 56, star in the Club Tropicana musical. She squeezed her voluptuous behind into skintight dark blue denim jeans which further emphasised her posterior with strategic seams and panels to provide uplift. Pairing the trousers with knee-high black heeled boots, the former Countdown presenter accompanied Kate into the theatre. She wrapped up warm in a stylish white padded jacket for the outing, accessorising with a mini backpack.

Carol stopped to pose for photographers outside the Everyman Theatre, turning to give them the best possible view of her outfit.

She completed the look with a figure-hugging black top which clung to her ample assets as she beamed for the camera with Kate.

The mathematician showcased he youthful visage with a dewy make-up look, opting for lashings of mascara and a slick of rosy pink lipstick as she kept it smart casual for the night at the theatre.

She wore her golden tresses in a simple straight down ‘do which fell loose over her shoulders.

Actress and singer Kate, who is playing Consuela in Club Tropicana, meanwhile, could be seen posing in slim-fitting white jeans and a matching blazer, paired with low-heeled tan ankle boots. 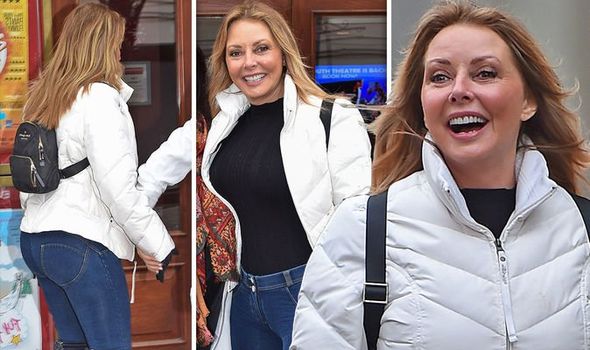 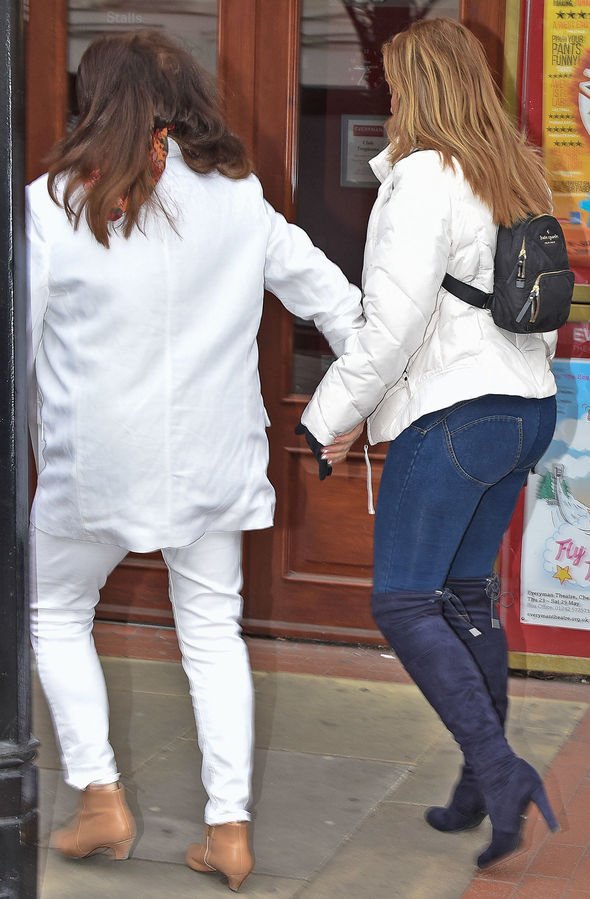 Fans flocked to the comments to remark on her outfit, with one pointing out: “Those jeans are very tight!”

“Very stretchy and really comfy like leggings,” the presenter replied.

“Looking sexy Carol,” another said, while a third chipped in: “Loving those boots Carol.”

Carol isn’t shy about showing off her phenomenal physique and regularly shares cheeky snaps with her followers on Twitter.

Earlier this month, she uploaded a series of throwbacks which saw her stripping down to her knickers after a workout. 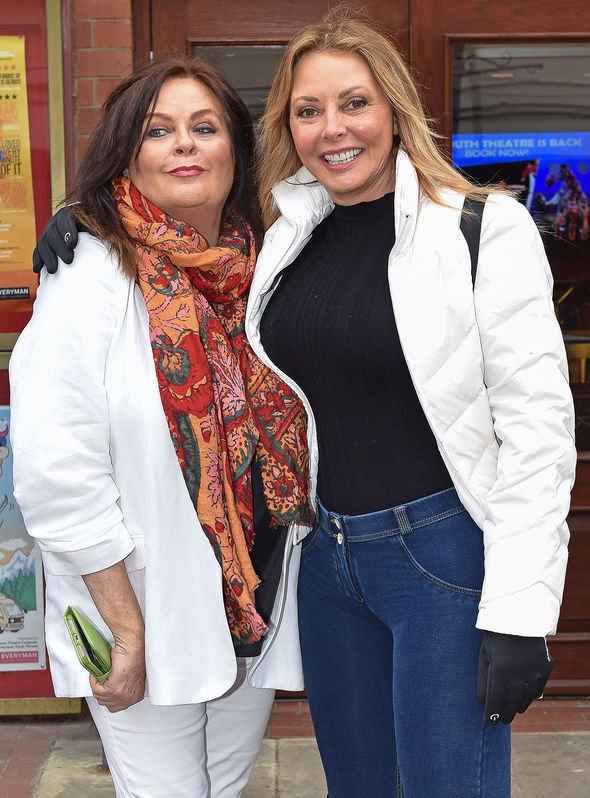 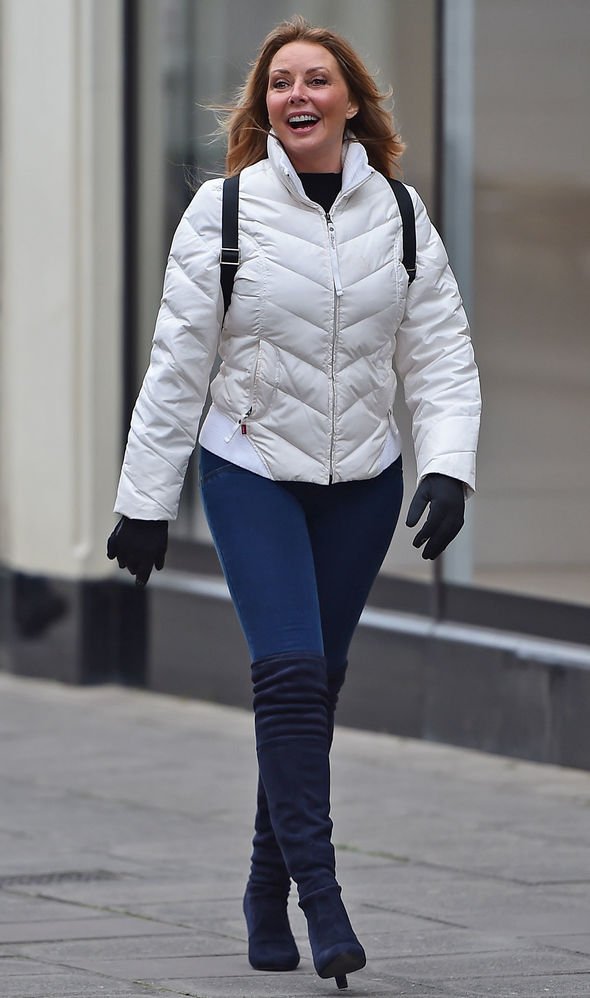 Wearing nothing but a pair of lace-trimmed pants and a vest top, she voiced her support for rower James Cracknell urging people to keep moving for health.

“Gym at home a couple of summers ago,” she said. “Every day is a bonus… living them all with a big grin.”

Carol first shot to fame when she began her 26-year stint on Countdown when the programme first aired on Channel 4 in 1982.

She became a household name on the much-loved gameshow, also gaining plenty of attention for the now famous hourglass figure.

In 2008, Carol left and was subsequently replaced by Rachel Riley, 33.

She has since hosted Loose Women, stood in as a guest presenter on Lorraine and also taken part in I’m A Celebrity… Get Me Out Of Here!.