Cardi B reposted and reacted to a tweet featuring a hilarious parody video of her song ‘WAP’ that John Hopkins University posted to encourage others to always ‘wear a mask please’ in the midst of the coronavirus.

Cardi B, 28, proved she loves a good parody of her song when she reacted to a new viral video. The rapper took to Twitter to repost and comment on a parody clip of her song “WAP” that John Hopkins University came up with to promote the use of face masks in the midst of the COVID-19 pandemic. The hilarious song is called “WAmP” and features students from the school wearing masks and reciting a change of lyrics that go with the theme.

“I don’t cook, I don’t clean, but let me tell you that I’ll get a vaccine #WAmP #WearAMaskPlease,” the caption for the tweet featuring the clip read.

Cardi didn’t hesitate to laugh over the post by replying with, “Sksksksk”. Her response led others to comment on the catchy tune and many of her fans seemed to love the idea. 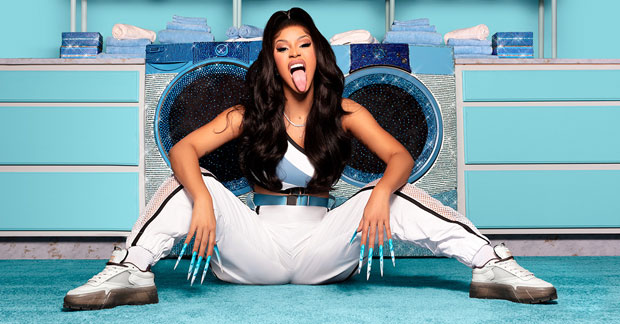 “Cardi, please collaborate with @JohnsHopkinsSPH to release a special public service version of WAP!” one follower wrote. “This is epic,” another said. “Your influence is craaaaaaaazy !!!!!” a third enthused while a fourth wrote, “YASSS! LOVE IT!”

Cardi’s reaction to the clean parody of her song, which also features Megan Thee Stallion, comes after she defended the track’s original lyrics when she encountered some controversy over its sexual nature. “The people that the song bothers are usually conservatives or really religious people,” she said in an interview on Australia’s The Kyle & Jackie O show. “But my thing is…I grew up listening to this type of music. To other people it might be vulgar, but to me, it’s almost really normal.”

She also explained that the song is not for children so she doesn’t encourage kids to listen to it.  “Of course I don’t want my child [Kulture Cephus, 2] to listen to the song,” she said. “But it’s like, it’s for adults!” She also added, “It’s what people want to hear. If people didn’t want to hear it, if they were so afraid to hear it, it wouldn’t be doing so good.”