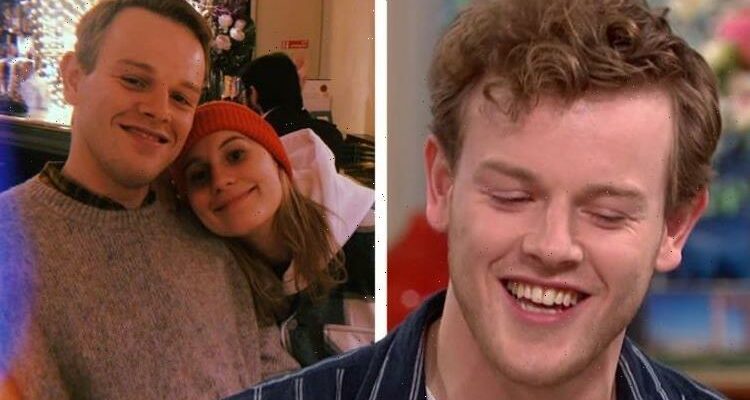 Many may remember the 70s classic TV series All Creatures Great and Small starring Christopher Timothy and Robert Hardy, which ran from 1978-1990, but in 2020 the popular show got a revamp – and it was quite the hit. 27-year-old Callum Woodhouse features at Tristan in the Channel 5 reboot, alongside co-stars Nicholas Ralph, Anna Madeley and Samuel West, and he admitted while knowing very little about the character in the beginning, it eventually won him the firm approval of his girlfriend’s dad.

When I got this role, I was finally accepted in his eyes

In a new interview, the actor recalled his his other half Callie Cooke’s father, had a very positive reaction to his appointment in the show.

“When I got this role, I was finally accepted in his eyes,” he joked.

“I was a bit apprehensive, but the nerves really came halfway through the job, when we were on set.

“Farmers would come up and ask what we were filming, and when we told them, they’d bark, ‘Don’t mess it up’.

“That’s when I clicked that the original was really dear to a lot of people.”

He went on: “We’ve had some incredible reviews, but the fact that it’s lived up to those guys’ expectations is probably one of the best reviews we’ve had.”

And viewers will be delighted by its return this week.

Callum looked back on his audition for the part, and admitted he was “so surprised” when he was offered the job.

“It was in Manchester,” he remembered.

“My train was late, I sprinted to get there on time and arrived drenched in sweat. My head was gone!”

He continued to tell Radio Times: “I ended up chatting to everyone for ages, about anything other than acting.

“After about 40 minutes, Richard [Burrell, the producer] said we’d better do a scene.

“I left thinking, ‘Oh well, that was a lovely day whether I get it or not.’

“Two days later I got the call with an offer. I was so surprised!”

With the show revolving around a country veterinarian practice, that obviously means it involves a lot of animal handling.

But for those who aren’t used to it, the cast benefitted from training before they began to film series one.

“At the start of his career, Andy Barrett, our on-set vet, actually worked under the real Siegfried [character in the show], a man named Donald Sinclair,” Callum revealed a secret about the original programme.

“He has all these amazing stories. He took us round the farms and introduced us to calves, cows, horses and pigs, telling us how to approach the animals and exactly how to hold our instruments.

“He adds such authenticity to the show!”

Series 2 of All Creatures Great and Small airs on Thursday 16th September at 9pm on Channel 5.