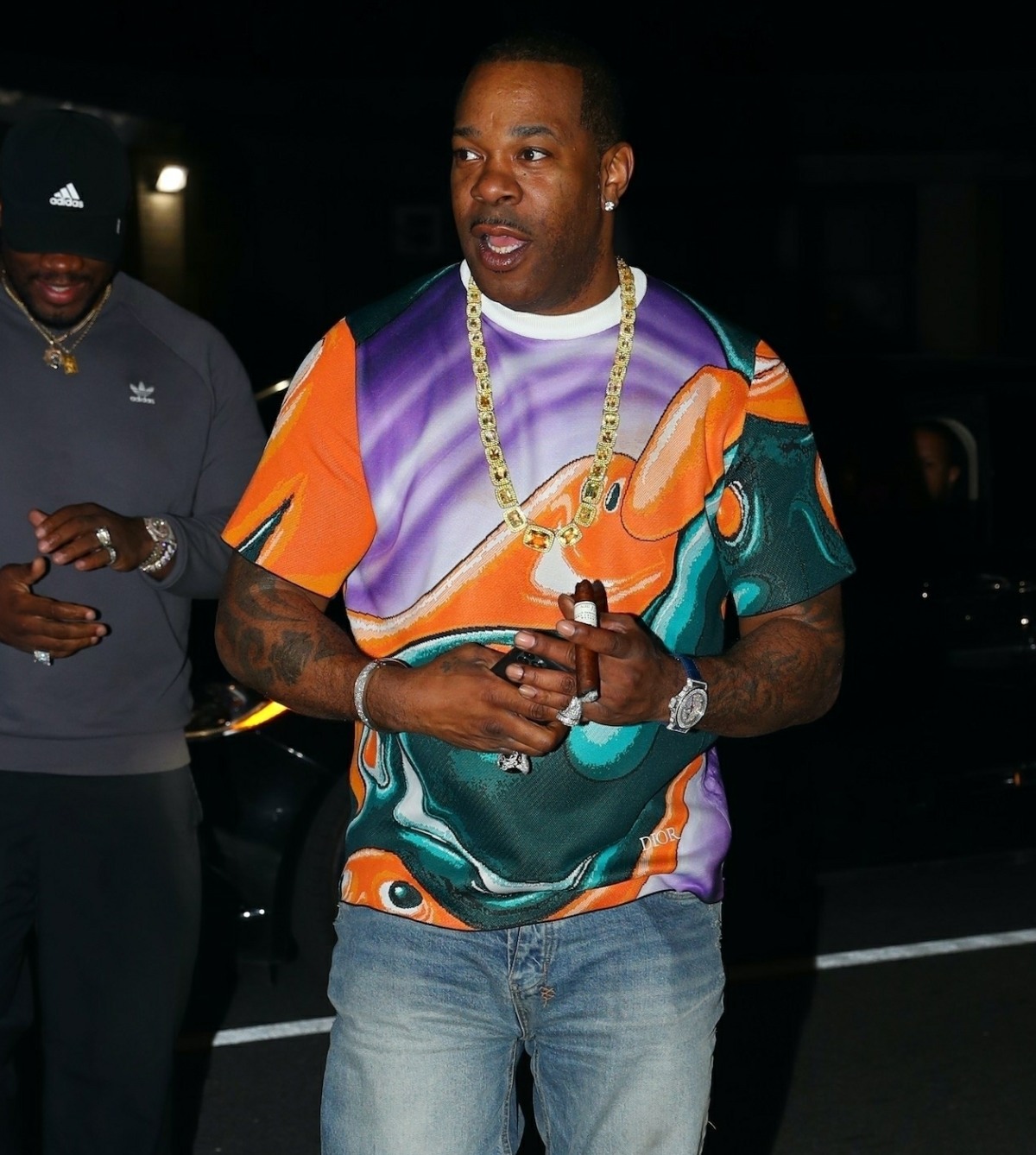 In the early days of the pandemic, remember how people were calling it karma corona? Obviously, people stopped calling it that because so many people were dying and referring to that as “karma” is pretty disgusting. The original reason why “karma” even came up in the discussion was because it truly felt like any time a person made some big, stupid, ignorant public statement about how the pandemic was a hoax and masks were for suckers, they were immediately struck down with a bad case of Covid-19. These days, there is still that horrible element of “live by the stupid, die by the stupid.” So many people filling up the hospitals across the country are the same people who called it a hoax last year, who think masks hurt their freedumb, and who think vaccines are a big conspiracy. All of this to say, I’m guessing Miss Delta Variant 2021 has already got her eyes on Busta Rhymes.

Busta Rhymes went viral Tuesday over a resurfaced clip of his anti-mask tirade, during which he blasted “little weird-ass government policies.” The “Break Ya Neck” rapper shared his political message in June during a break from his set as the surprise headliner at the Seoul Taco’s 10th anniversary block party in Missouri.

“This is my second show in front of human life in the last 15 f–king months,” the 49-year-old told the cheering crowd. “COVID can suck a d–k. All these little weird-ass government policies and mandates [can] suck a d–k.”

Busta, whose real name is Trevor Tahiem Smith Jr., further claimed the government was trying to “take our civil liberties away” by forcing people to wear masks.

“It’s called the God-given right of freedom, right?” he continued onstage. “No human being is supposed to tell you that you can’t even breathe freely. F–k your mask. … Some of y’all might feel differently, but f–k your mask. We can’t eat food with a f–king mask on. We can’t even see each other’s smiles with a mask on.”

The “Make It Clap” rapper went on to blame masks for stifling people’s “energy,” including the vibe he puts out while flirting with women. “All of that energy gets blocked when our mask is on and energy is important,” he argued. “We are all conductors of f–king good energy.”

Busta closed out his set by apologizing for getting “a little political.”

I’m including the video below. It’s been 18 months – surely people can process the fact that “little weird-ass government policies and mandates” are not the actual problem? The problem is a deadly global contagion which has already killed 4.44 million worldwide in less than two years. I want to shake these people and scream “get over yourselves!!” Why are all of these idiots being so obtuse? Just get vaxxed, wear a mask and shut your f–king mouth. Jesus.