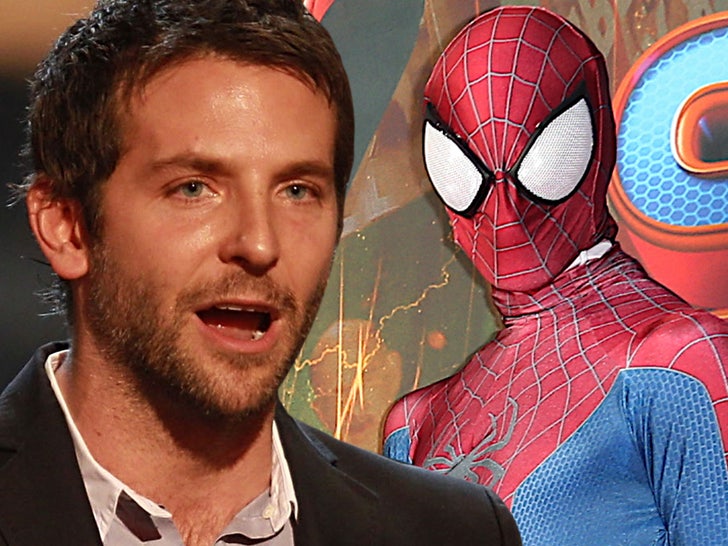 Bradley Cooper‘s newest movie did abysmally bad at the box office — and ticket sales were apparently so poor … theaters actually started bumping BC for Peter Parker.

The flick — titled “Nightmare Alley” and directed by Guillermo del Toro — raked in just under $3 million over its opening weekend across a little over 2,000 theaters nationwide … this with a reported price tag of about $60 mil to make it, and future projections looking grim.

Not just that … but it would seem some ticket buyers had to nix their scheduled outing after getting word from the local theater that they were swapping a one-off “Nightmare Alley” screening to make room for yet another “Spider-Man: No Way Home” slot.

One person writes, “True s***. Just got an email from my theater asking if I wanted to cancel my tickets for NIGHTMARE ALLEY because they cancelled every other show to free up the screen for more Spider-Man showings.”

It also appears ‘NA’ is getting yanked out of cineplexes pretty quickly — if it was ever playing at all, that is — in the wake of its terrible performance, with yet another person pointing out there’s only one single screening for it this upcoming week at a Marcus Theaters location.

And where “Nightmare Alley” *was* playing … not very many people were rushing in to see it. There are few photos online showing very empty theater rooms. Bottom line … hardly anyone caught it. Ditto for ‘West Side Story’ … which did worse this weekend than last.

Meanwhile, ‘No Way Home’ absolutely crushed … pulling in over $250 million this weekend, even in the midst of the pandemic and a new variant causing COVID cases to rise again.

So the question … what gives??? Many are lamenting the lopsided numbers — pointing out that if Spider-Man can get asses in seats during a still-scary time … it must mean the death of “real cinema” as we know it, with tentpole popcorn franchises fully taking over.

There’s a number of reasons why these flicks for grown folks might be flopping of late — including a Disney self-sabotage theory that’s kinda interesting — but the fact is … it’s a bad time for movies that don’t appeal to little kids. And that trend may be here for the long haul.