Demi took to Instagram on Tuesday, October 29, to share a picture of herself showing off her butt in a tiny bikini on a beach. “Sorry dad…… #thirsttrap,” she captioned the post.

In the comments section, Caitlin wrote, “Not desperate at all…” 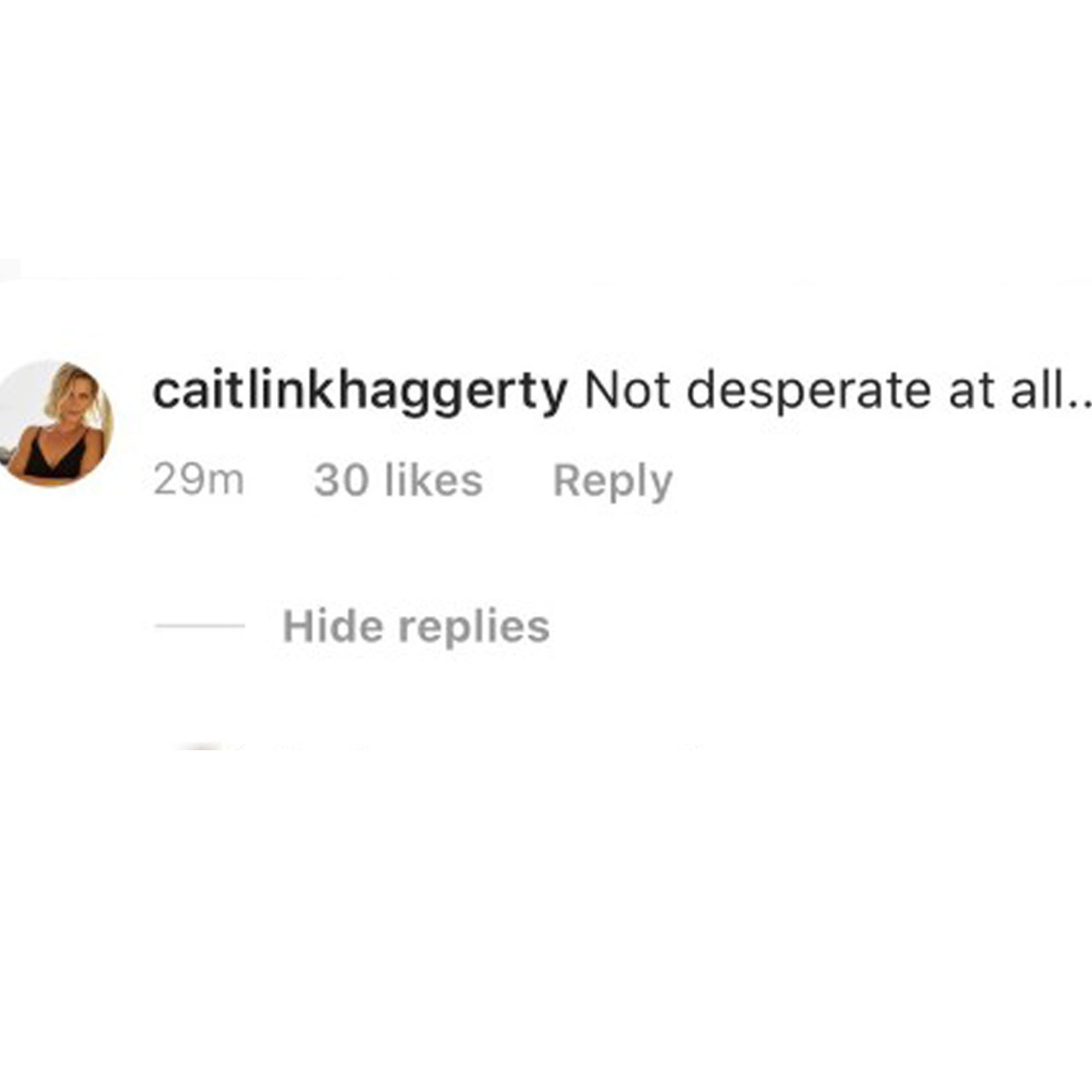 Demi, 24, and Kristian, 27, sparked breakup speculation after fans noticed that the pair have not posted any photos together since September 19, two days after the Paradise season 6 finale aired.

The Bachelor alum captioned her last post with the music video producer, “Love whoever the hell you want.” Kristian, meanwhile, captioned hers, “I can’t get over how STUNNING my future wifey is.” However, the duo still follow each other on Instagram. 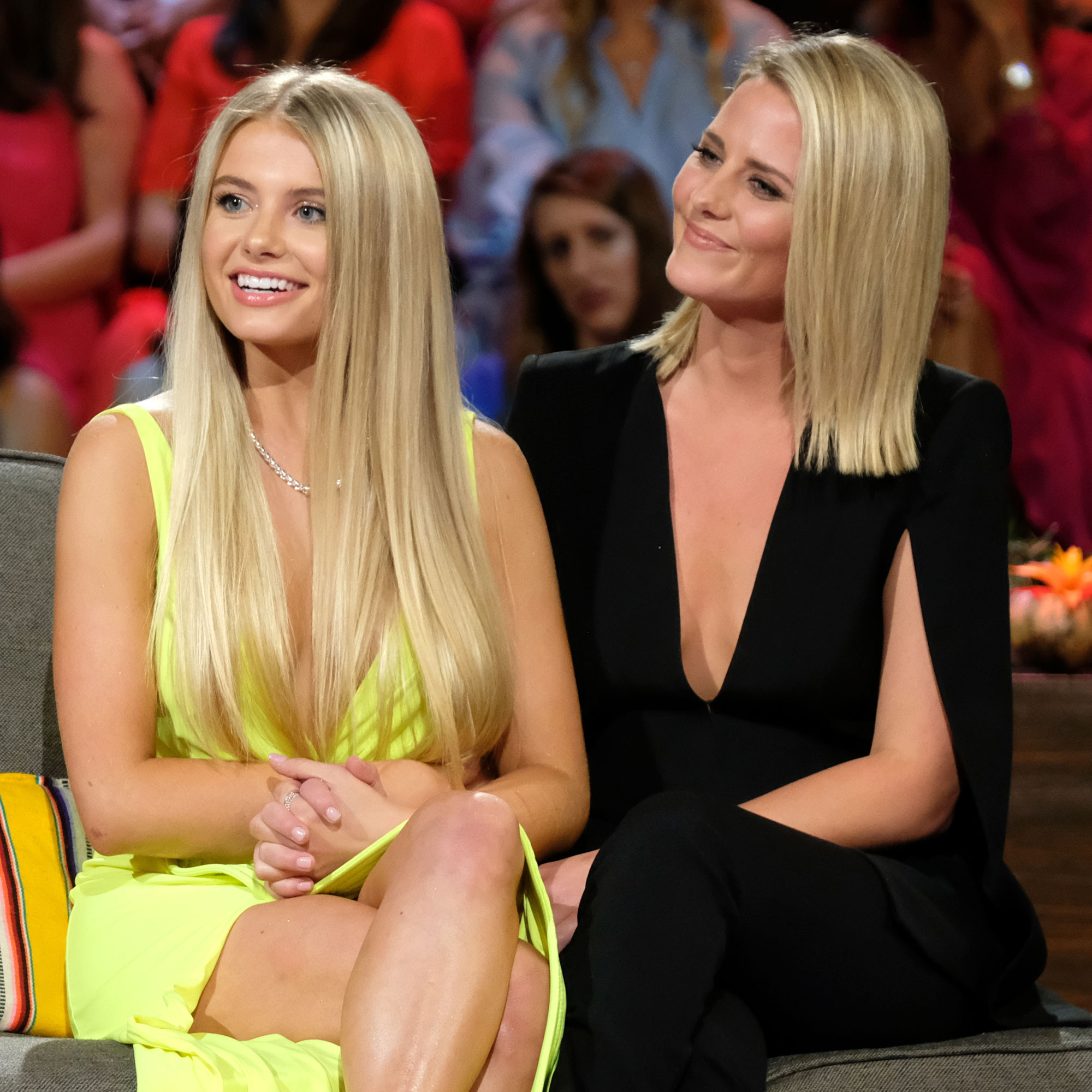 Amid the rumors, the Los Angeles native shared a cryptic quote on her Instagram Stories on Monday, October 28, that her sister Caitlin sent to her.

“Yesterday someone said to me, ‘I would have never guessed you’ve been through what you have, you carry yourself so well.’ And that’s when I realized that it’s not about what happens to you, it’s about how you handle it,” the quote read.

Kristian captioned the post, “Whatever you’re going through just know you’re not alone. Know you always have choice and control over how you react in every situation. If we don’t take care of ourselves how are we to help take care of others. I’ve recently learned to take the advice I would give to any of my loved ones & be the influence I would need. Surround yourself with the ones that love you the most. Hope everyone has a good night.”

Demi, who came out as queer on Paradise, proposed to Kristian in Mexico during the September 17 finale. They had been in a relationship prior to joining the ABC reality series and reunited on the beach after Demi’s brief romance with castmate Derek Peth.

When the separation rumors first surfaced earlier this month, the interior designer told Us exclusively, “Every relationship is different and it’s like — I mean in the most respectful way — it’s nobody’s business how our relationship works. We both have so much going on right now. She’s in Florida, I’m in New York, but we do spend time together. Just because we don’t broadcast it doesn’t mean that we’re not together.”

Us Weekly has reached out to Demi and Kristian for comment.