Even in her final days, Betty White was grateful for her fans.

Since her passing, fans have participated in the Betty White Challenge by donating to local or national animal shelters, rescues or agencies in the star’s name — an homage to her famous adoration of animals.

On Friday, a video of White thanking her fans for their support was shared on her Facebook page.

“I just want to thank you all for your love and support over the years,” the actress said in the video, which was intended to be shared on her 100th birthday. “Thank you so much — and stick around.”

In the caption, White’s team gushed over the success of the Betty White Challenge, saying the “Golden Girls” alum “could never have imagined such an outpouring of love and would have be so grateful to everyone.”

“When we recorded her special message to fans who attended the movie, we also recorded one that we had planned to put on social media on her birthday,” the post continued. “She was using the occasion of her 100th birthday to celebrate YOU – her fans.”

The post concluded: “She knew how lucky she was; she felt the love, and she never took it for granted. I think it’s appropriate to post today as a [thanks] from Betty and the animals.”

The video appears to have been shot at the same time a photo shared online by her assistant was snapped.

When White’s assistant, Kiersten, shared the photo on what would have been the star’s 100th birthday, she said that it was taken on Dec. 20, 2021, and was “one of the last photos of” White. 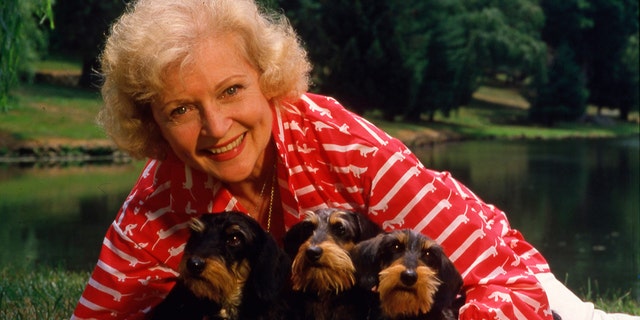 White famously loved animals and worked as an advocate for animal rights throughout her life.
(Reuters)

On Thursday, Kiersten shared another photo of White, who is seen sitting side-by-side with her assistant, beaming.

“I don’t have many pictures with her, because I never felt like I wanted to impose since she was always asked to take photos with people wherever we went,” Kiersten wrote in the caption of the pic. “But I asked on 12/20/21 and I’m so glad I did. A wonderful memory of a happy, fun-filled day!”