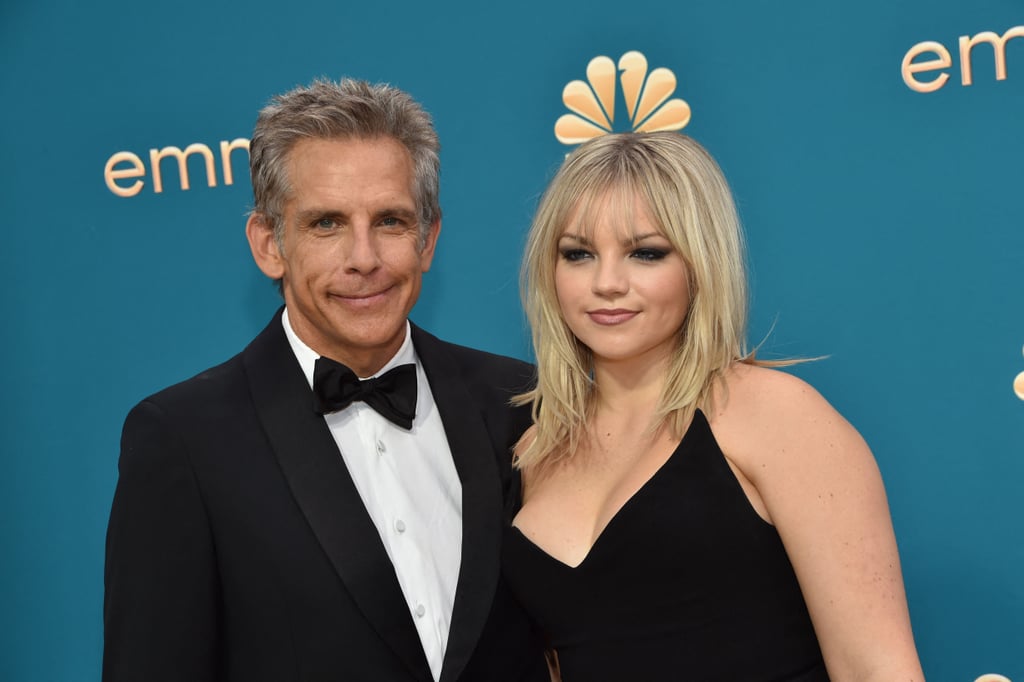 Ben and Ella Stiller turned the 2022 Emmys into a family date night. The actor and his 20-year-old daughter attended the award show on Sept. 12, walking the red carpet together before heading into the ceremony at Microsoft Theater. They subtly coordinated outfits for the big night out, with Ben sporting a classic tuxedo and Ella wearing a black strapless gown featuring a prominent leg slit. With her blond hair color and wispy bangs, Ella looked so much like her mom, Christine Taylor, circa the early 2000s — the resemblance was hard to miss.

Ben’s work on Apple TV+’s “Severance” earned him an Emmy nomination for outstanding directing for a drama series this year, up against “Ozark” director Jason Bateman and “Squid Game” director Hwang Dong-hyuk, among others. During a red carpet interview with E! News, he addressed the possibility of starring on the show, saying, “I don’t know. I love directing it. I don’t want to mess with anything. We have an incredible cast, so right now I’m very happy.” However, he had quite the different reaction when asked whether Ella would ever make a cameo, excitedly responding, “Oh yeah, definitely!” Ella then gushed about her dad’s talents and her love for “Severance,” adding, “I’m so proud. It’s my favorite show, I’m obsessed.”

Ella, who’s currently studying drama at The Juilliard School, frequently tagged along with her famous parents at red carpet events throughout her childhood, attending everything from the 2016 premiere of “Zoolander 2” to the 2019 Golden Globes. Read ahead to see all the photos of her and Ben’s latest father-daughter outing.