Jennifer Lopez, 51, and Ben Affleck, 48, are keeping the momentum going this summer. While Ben lives in Los Angeles full-time and J.Lo has a home in Bel-Air, the Bronx native also spends time in Miami and at her Hamptons estate in the warmer months — but sources tell HollywoodLife EXCLUSIVELY that Bennifer will plan around their travel. “Their connection is very real and they’re dedicated to making this relationship work,” a source close to the formerly engaged couple tells HL.

Recently, the pair were spotted celebrating the 4th of July Weekend back east, looking so in love as they snuggled in coordinated outfits on a beachside walk! “Jen typically spends the summer at her vacation home in Southampton so while she and Ben were having a blast with their kids at Universal Studios in LA, her summer home in Long Island was being prepared for her arrival the next day,” the source explained. 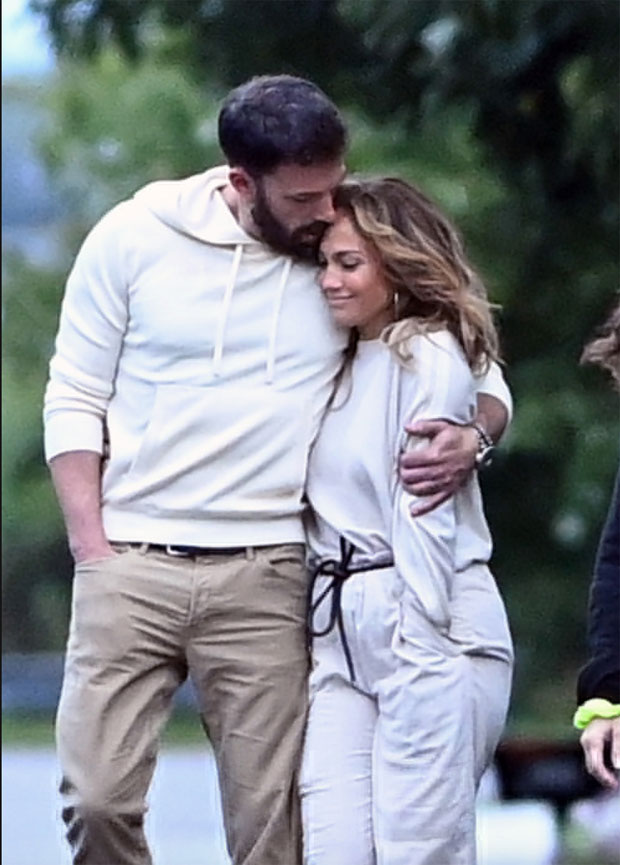 “Jen loves vacationing at her home in the Hamptons during the summer, but since Ben lives in LA where his kids are, she’ll be splitting her time between the two coasts so they can spend as much time together as possible,” they also added. Ben has been comfortably hanging out with Jen’s twins Max and Emme, 13, who she shares with ex-husband Marc Anthony, in recent weeks: the Oscar winner was first spotted with her kids at a Nobu birthday dinner for Jen’s younger sister Lynda Lopez in May. The twins were present once again at Universal Studios along with Ben’s son Samuel, 9, via his former marriage to Jennifer Garner, 49, marking a big step for Bennifer! 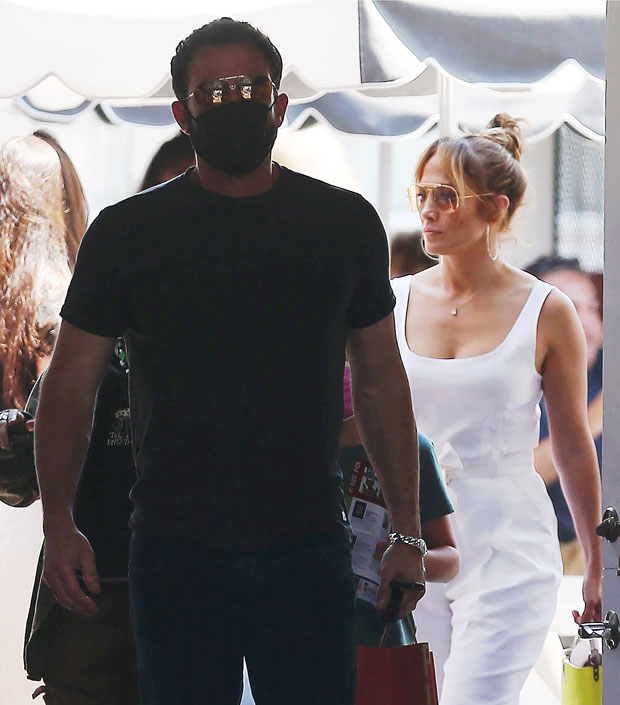 Jennifer once again joined the father-son duo — along with Emme — on an outing to one of The Town actor’s go-to Los Angeles spots: the Brentwood Country Mart just a day ago. So far, introductions to each other’s kids has gone smoothly, per the source. “Jen was really looking forward to introducing Max and Emme to Ben and his kids, and it’s been a very natural transition for their families,” the insider also says. “She loves how Ben is protective of her and the kids when they’re all out in public and being with him feels like no time has passed [since they were together].”