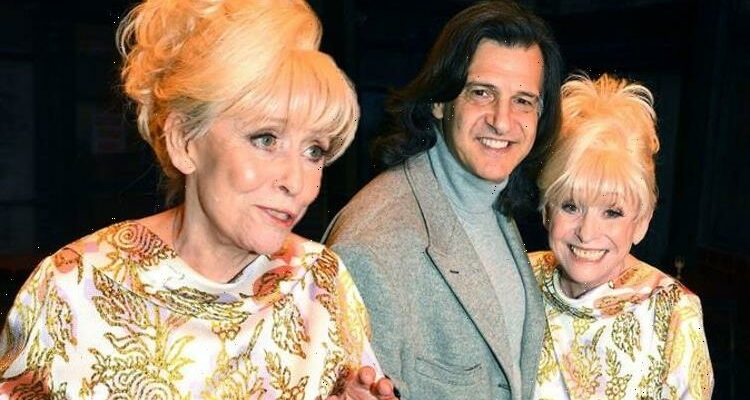 Dame Barbara Windsor is said to have left a large portion of money to her husband Scott Mitchell in her will. The EastEnders icon is also reported to have shared large amounts of money to a number of good causes, including health charities.

The on-screen icon died following her battle with Alzheimer’s last December, aged 83, and distributed her wealth across a number of causes close to her heart.

Anna Karen, who played Aunt Sal on EastEnders – Barbara’s character Peggy Mitchell’s sister – also inherited £1,000, according to The Sun, who have revealed to whom the late actress’ money was bequeathed.

Anna and Barbara first became pals when they both starred in Carry On films, with the former also starring as Olive in the classic 1970s sitcom On the Buses.

Barbara’s sister-in-law Marsha Alexander and her husband Laurence also picked up £5,000 according to the publication, with reports saying cousins Leslie Larsen and Julie Elliot both received £2,000.

As well as the £4.63 million fortune left to Scott, who she married in 2000, Barbara left him the company she used for her TV pay, which is reportedly worth almost £1 million.

Seven charities close to the star’s heart are also said to have benefitted to the sum of £1,000.

Following the actress’ death, the British Legion paid tribute to the star, who was the face of Poppy Day for many years.

“An unforgettable character, Dame Barbara brought joy to all who knew her with her infectious laugh and personality,” they said in a statement.

In 2019, Barbara delivered a petition with more than 100,000 signatures to Downing Street as she urged Prime Minister Boris Johnson to fix the “devastating state” of dementia care.

The star sadly died last year during the coronavirus pandemic, meaning the popular character’s funeral in Golders Green in London was attended by just 30 mourners due to restrictions.

Prince Charles and wife Camilla labelled her a “great British actor and tireless charity campaigner” at the time of her death and said she will be “deeply missed”.

DONT MISS:
‘Everyone is so terrified’ Joan Collins hits out at cancel culture (PHOTOS)
Jeff Stelling inundated with support as he shares brutal hand injury (NEWS)
Kaleb Cooper not pleased at how Jeremy Clarkson refers to him in book (LATEST)

Her on-screen son Ross Kemp, who played Grant Mitchell on the long-running soap, revealed in September that he keeps a picture of Barbara in his office to keep her memory alive.

Speaking to The Mirror at the TRIC Awards, Ross revealed that the picture was a present from Barbara herself.

He said: “I have a picture of her in my office, she gave that picture to me virtually when I first met her.

“It’s of her in her twenties, it has a special message.

“She’s timeless, we are very flippant, transient and in a disposable kind of time, sadly, as you can see by all the plastic that washes up in the ocean, but she is pretty timeless.

“I hope that people will carry on remembering what a great person she was.”

But Ross said he is going to do his best to make her proud and carry on her legacy.

“I think charities across the board have suffered because of Covid at a time when the need is greater than ever,” he pointed out.

“Hopefully she’ll be looking down and be quite pleased with me getting out of bed at five o’clock this morning!” he quipped to the Metro while at an Armistice Day event yesterday.