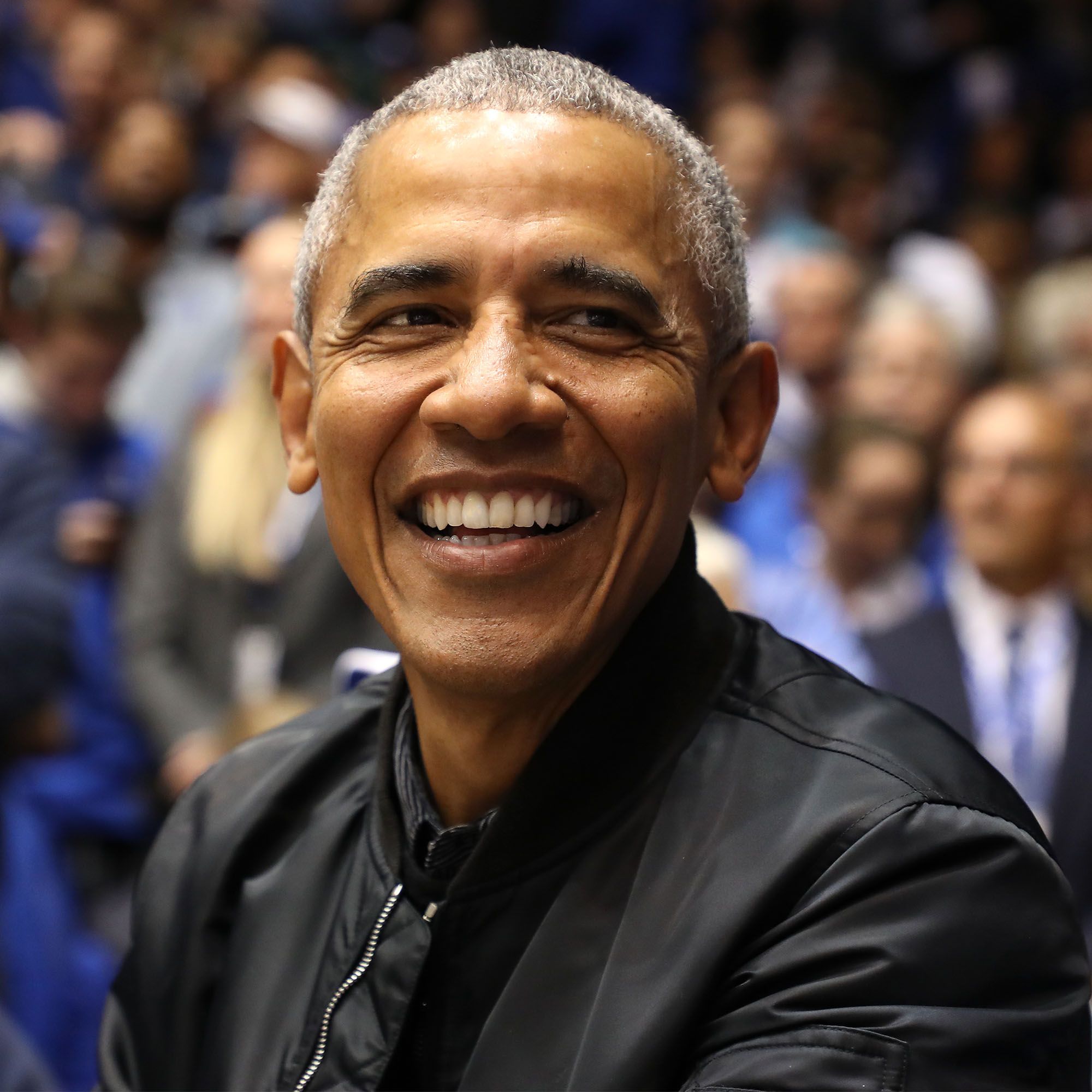 After two terms in office, the ever-beloved Barack Obama has taken to living his best life as a not-so-common citizen, and he’s looking very good doing it. So good in fact, that he’s getting wise about the need for some branded merch to complete his look: a look we’ve lovingly branded “the daddy you always dreamed of.”

The former POTUS opted for all black everything at the UNC-Duke basketball game last night, topping off the look with his own branded merch. The sleeve of his Rag & Bone Manston bomber jacket was tastefully branded with “44”—a nod to his place in American history, and in our hearts. 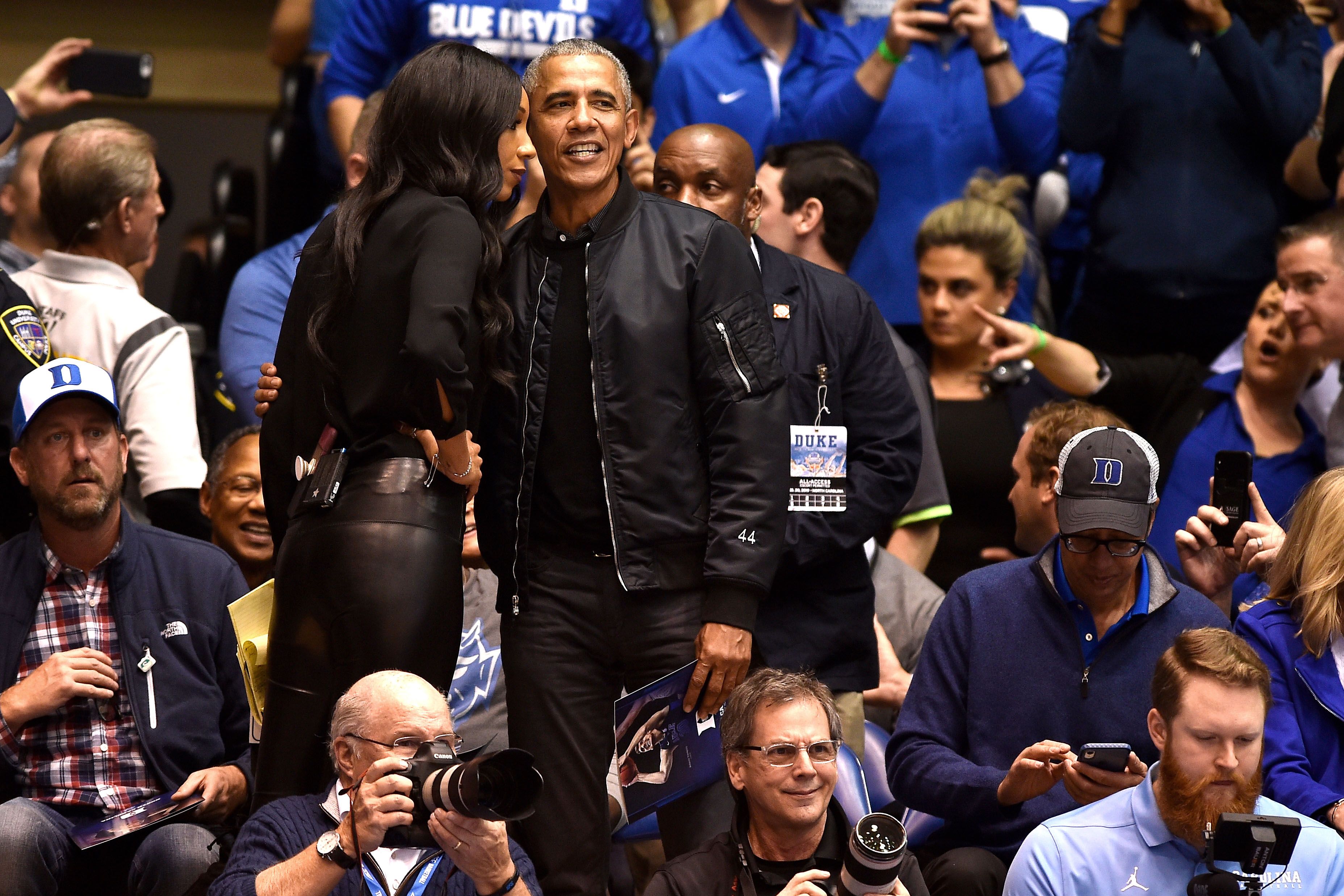 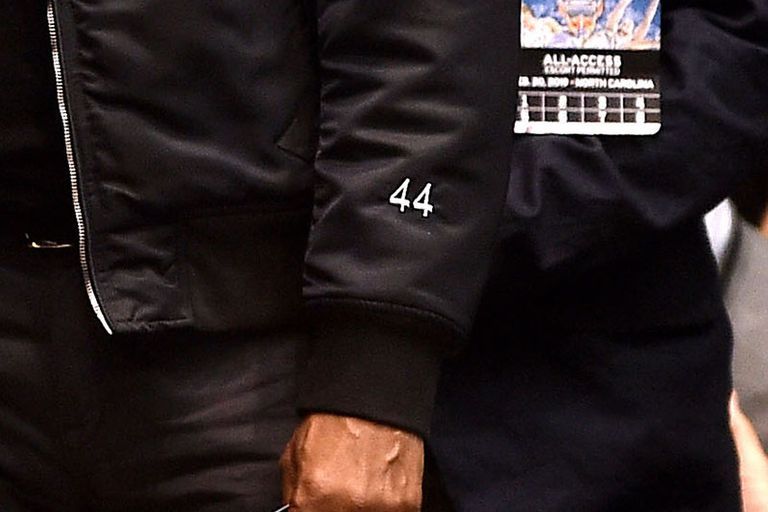 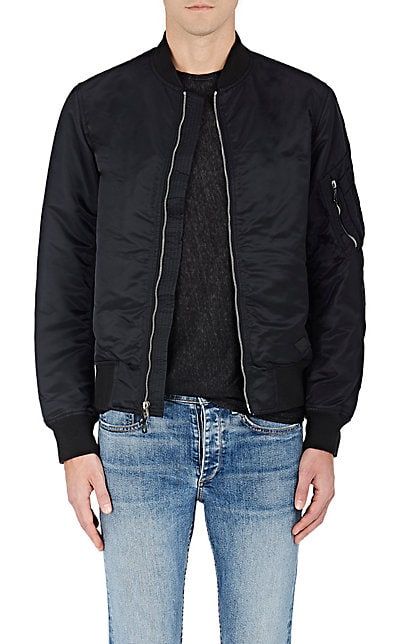 So while some presidents who shall not be named prefer to sit in the Oval Office with an ill-fitted suit on, most likely holding their ties together with tape (yes, tape), this one’s out there in his own branded merch.

President Obama is clearly no rookie; look at likes of Rihanna, Kendall Jenner, and more—the best place to show off your best new pieces? Courtside.

While the bomber jacket is available through Rag & Bone without the customized embroidery, it’s clear the 44th president collaborated with the brand for this piece. Both he and Michelle are coming into their personal styles post-Pennsylvania Avenue, rocking looks we likely would not have seen them sport during their time in Washington. This is definitely Barack Obama’s most notable look since he wowed us with a leather jacket months ago, but this may be his way of keeping up with Michelle’s killer style. The 44th First Lady and Becoming author has been stunning everywhere she goes: from donning a pair of gold sparkle Balenciaga thigh-high boots, to looking beyond chic on stage at the Grammy Awards in a draped sequin suit.

Whatever his style motivation, we didn’t think we could love Barack Obama and his cool daddy looks any more—until now.