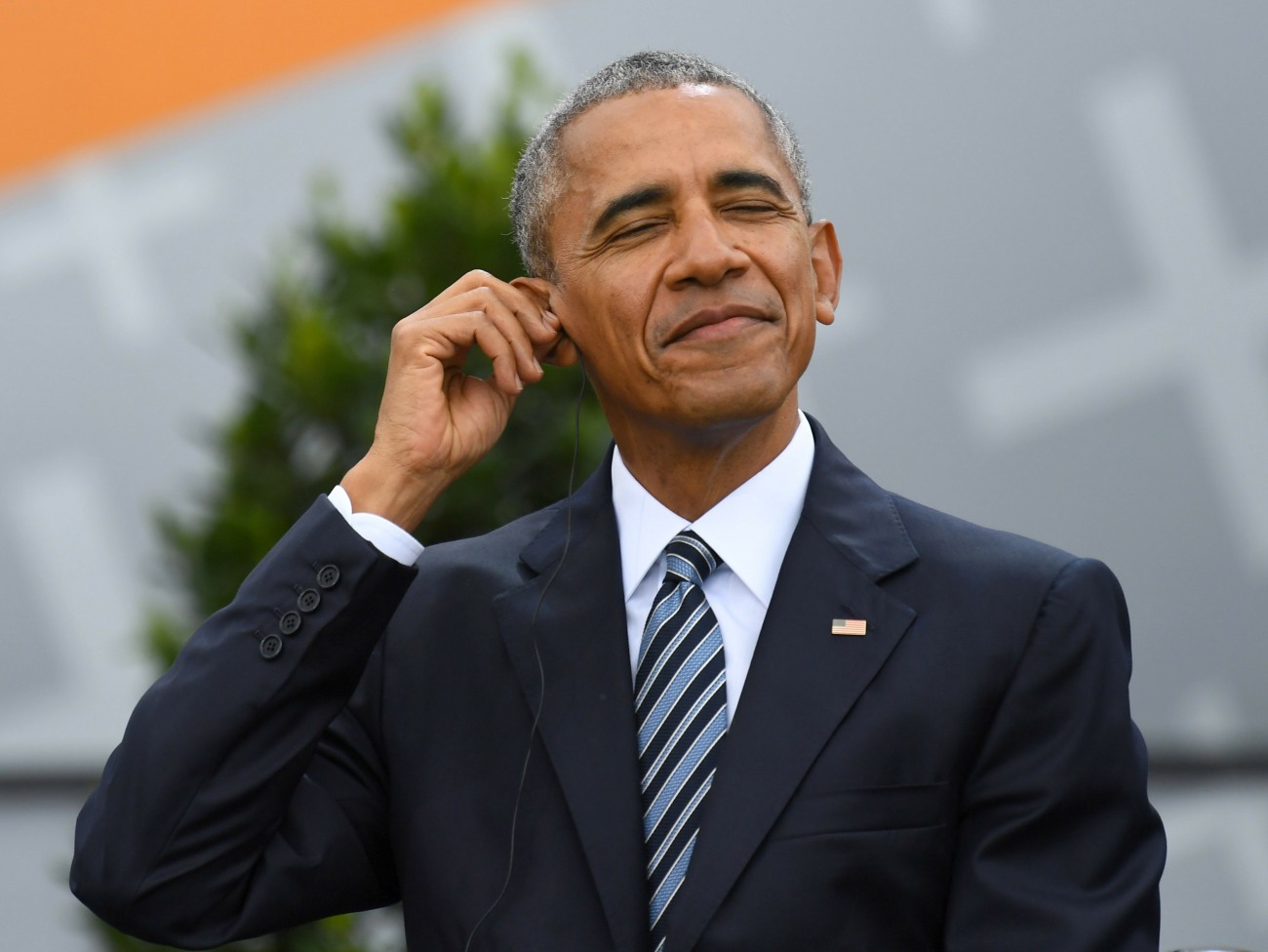 Barack Obama turned 60 years old on August 4th. He planned out his blowout birthday bash on his 30-acre Martha’s Vineyard oceanfront home, and apparently a lot of invitations went out and it was probably going to be the big event of the summer season. We have no idea if Obama invited many Democratic officials, but we know that President Biden did not attend and neither did Speaker Nancy Pelosi. After Axios and other media outlets made a big deal about how many people were invited (originally the number was around 475) and how the Delta variant is raging throughout the country, dumbass conservatives accused Obama of hypocrisy and they made it into another ridiculously stupid story. Because how dare Obama have an outdoor party with fully vaccinated people. So Obama reportedly scaled back his birthday party plans at the last minute. Or did he? Because it certainly looked like it was still a big bash!

Former President Barack Obama’s 60th birthday had been anticipated as the biggest social event of the summer for alumni of his administration and friends of the Obama family — a celebrity-studded garden party at Mr. Obama’s $12 million Martha’s Vineyard mansion. But this week, some invitees were treated to a cold dose of reality when they were abruptly cut from the guest list — while some of the boldest names were not. The party, the uninvited were told, had been scaled back because of growing concerns about the spread of the Delta variant of the coronavirus.

Mr. Obama’s decision to cut back the reported 475-person guest list (a number that Mr. Obama’s camp never officially confirmed) was made almost a week after President Biden effectively conceded that the pandemic had come roaring back, and the Centers for Disease Control and Prevention said the Delta variant was as contagious as chickenpox and more likely to break through vaccine protections than all other known versions of the virus.

Former administration officials said they were somewhat surprised Mr. Obama was carrying on with what appeared to be an over-the-top event, even though they said they were not concerned about catching the coronavirus while mingling outdoors with a mostly vaccinated crowd, all of whom had to submit negative tests to gain entry to the property. Many had rented houses together for the weekend.

Still, Democrats supportive of the former president privately expressed surprise at the casual disregard for optics and wondered why it took until just days before the party for Mr. Obama to change course. For his part, Mr. Obama was soliciting advice from his most trusted advisers about what the best path forward was for revamping a costly, logistically complicated party that had been months in the making. The former president had baseball caps made for the occasion that read “44 at 60.” He had also hired a “Covid coordinator,” or compliance officer, to ensure the safety of guests.

[From The NY Times]

The NYT was mostly focused on the people who were disinvited and how awkward those calls were, but they made it sound like Obama really did try to scale it down, and that many former Obama administration people were disinvited. As for the general reactions from the cheap seats, I saw no fewer than five Fox News stories about the party, the traffic, the “liberal hypocrisy,” and how Obama was apparently on the dance floor without a mask, gasp! The NYDN notes that Oprah Winfrey, Gayle King and David Axelrod all skipped the party, but people like “Beyoncé and Jay-Z, John Legend and Chrissy Teigen, and Dwyane Wade and Gabrielle Union were among those on the island.”

Again, would I have thrown a huge outdoor party at this very moment? No. But I don’t blame Obama for wanting to have a party, and I think he took some good precautions given that this took months of planning. Most of the whining is coming from unhinged Republicans who have been telling their own people to not get vaccinated or wear masks or take any precautions. I can’t even wrap my head around the dumbf–k arguments they’re making, so whatever.

PS… the most disappointing part of all of this is that John Legend and Chrissy Teigen were still invited to the party. Of course Chrissy made it all about herself.