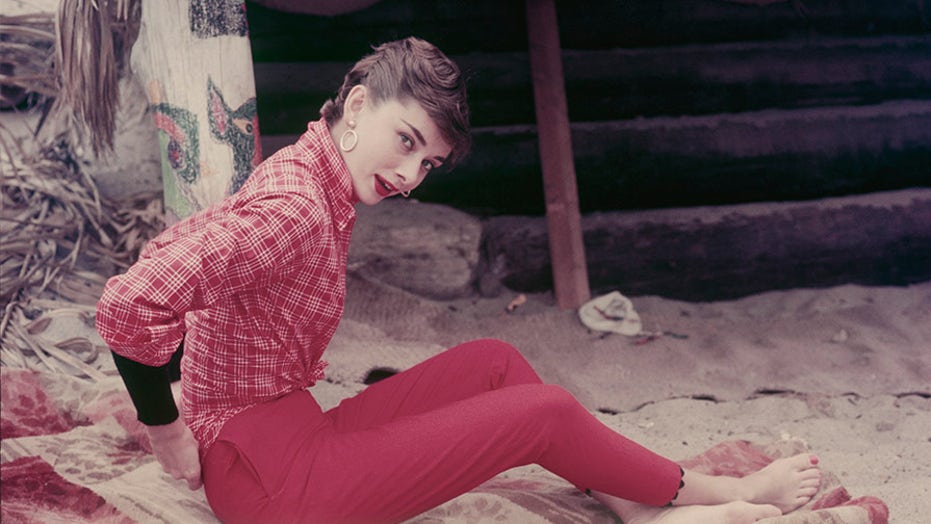 Before Milton H. Greene passed away in 1984, the celebrated photographer revealed a shocking secret to his son, Joshua Greene — he once had a love affair with Audrey Hepburn.

Those photos captured during their romance long ago are seen for the first time in a new book published by ACC Art Books titled “Always Audrey,” which highlights the work of six iconic photographers who photographed the star over the years.

Joshua claimed a relationship between the two blossomed when both were starting out in their careers. However, it was the first time that Greene ever mentioned it before he succumbed to lymphoma at age 63. 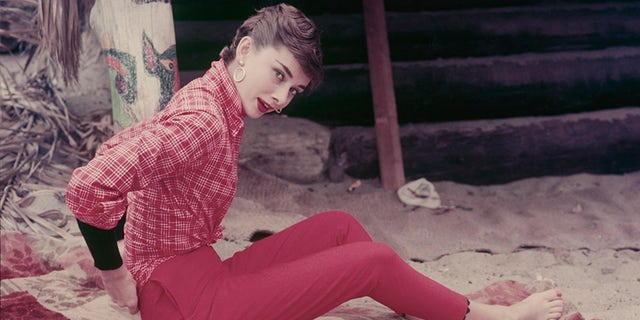 “It was the first time he was assigned to photograph her for Life Magazine,” the now-64-year-old Joshua Greene told People magazine for this week’s issue. “It’s a wonderful series and not a lot of it was published.”

“He always loved the way she looked,” Joshua continued. “Audrey is one of those women, when you capture them right, set at the right angle, with the right light, she can be absolutely beautiful but if she’s not captured correctly, she looks like a woman with a funny face.”

Joshua admitted that he doesn’t know too many details of his father’s alleged romance with the Hollywood star.

“My dad was one of those people who didn’t really kiss and tell,” he explained to the outlet. “He was old school in that regard.” 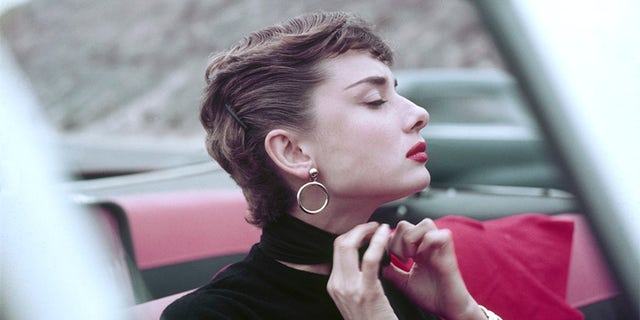 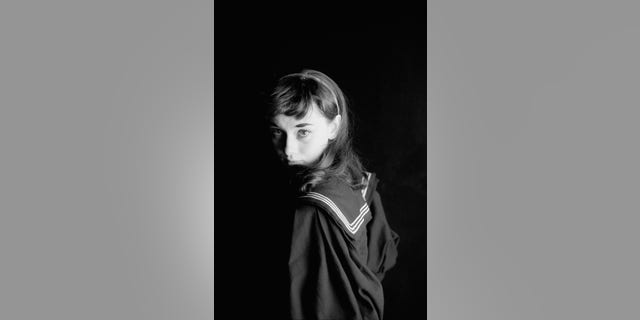 Hepburn soon found love again and married Andrea Dotti in 1969. However, that marriage ended in 1982. She developed a companionship with Robert Wolders in 1980 and that union lasted until her death.

As for Milton, he married his second wife Amy Greene, Joshua’s mother, in 1953. That marriage also lasted until his death. 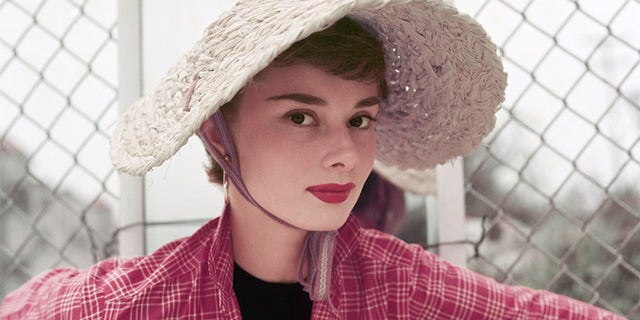 In the book, Joshua recounted a funny memory his mother had of dining with Hepburn.

“My mother tells the story about when they met her for the first time and she was seven months pregnant with me,” he recalled. “My mother looked at Audrey and said, ‘Oh my God, you’re so beautiful! Would you do me a favor? Could you keep your coat on?’ And Audrey did.”

Joshua also said the photo collaboration between Hepburn and his father speaks for itself.

“Because they were friends who were intimately close, there’s an added excitement when he’s photographing her,” he explained. “Part of him always felt that his role in photographing women was the make the woman look as beautiful as possible. The two stayed friends throughout their lives. He was a big-hearted person, as was Audrey.” 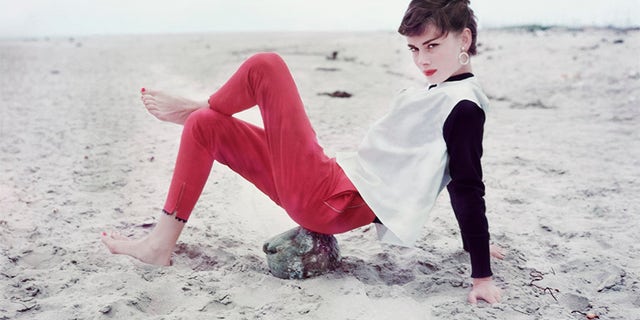 Joshua also told The Hollywood Reporter that, according to his mother, “they would call each other all the time.”

In late 2017, Joshua spoke to Fox News about the relationship his father had with another beloved friend — Marilyn Monroe.

Greene shot nearly 4,000 photos of the late actress and former business partner between 1953 and 1957.

Monroe, who was tired of being typecast as a dumb blonde, became inspired by the different personas she took on for Greene's camera. As the friendship grew, so did her determination to launch her own production company. 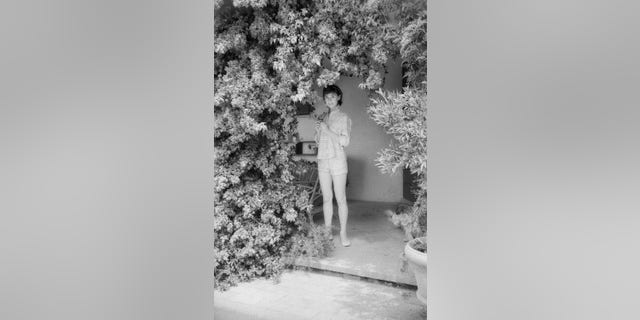 Monroe fled Hollywood to New York and would go on to live with Greene's family in Connecticut as they hatched a plan to help her escape her film studio's tight grasp. By 1955, Marilyn Monroe Productions was born.

“Milton said, ‘You can live with my family,’” said Joshua. “’I’ll pay for all your needs. And you can go to acting school, dancing school — whatever you want to do. I’ll make sure you’re covered.’… For about a year, she was in hiding. Nobody knew where she was.

"She wanted control of script approval, directing approval, take over her career and not be the dumb blond t–s and a– girl. Which is exactly what she hated and wanted to get away from. Milton wanted to be a producer and direct films. It’s not a secret for a photographer wanting to do that.”

Monroe, who lived in a series of foster homes while growing up, discovered a sense of family with Greene. 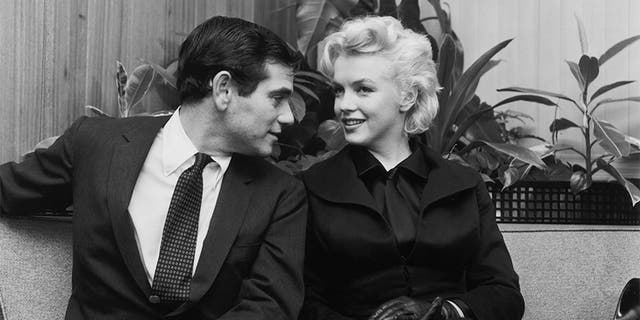 “She was an excellent houseguest according to my mom and dad,” said Joshua. “She was never needy. She would keep to herself. She knew she had the run of the house. The guest room had its own entrance and exit. They played charades and cards.

"Gene Kelly, who was probably one of the greatest charade players of all time, was unstoppable. Marilyn was always like a little girl watching a master at work because when Gene Kelly did his charades, everyone would stop in awe… She loved to read and would sit quietly for hours and read books. And she loved music.”

In private, Monroe wasn’t the glamour goddess depicted on screen. She was a woman who preferred flats over heels and looked forward to dining on potato salad and fried chicken. She also frequently listened to jazz and relished driving her 1955 Thunderbird alongside Greene with the top down while wearing a scarf and sunglasses. 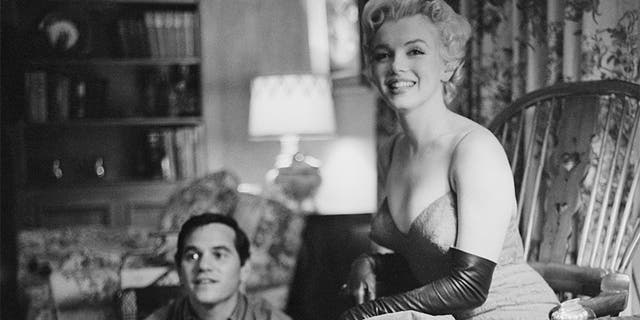 “She was always there to take care of me,” he recalled. “I had all the attention I needed … I just thought she was a friend of my parents. I didn’t know who she was … She would grab me and tickle me until I screamed.”