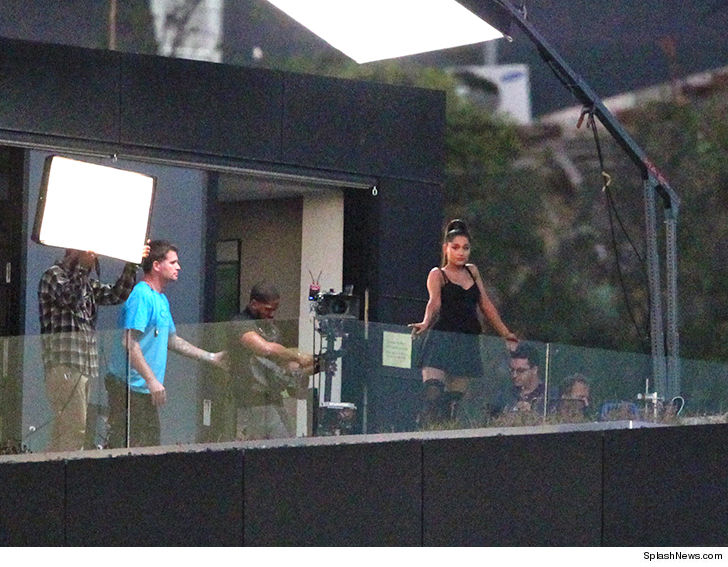 Ariana Grande‘s putting a tumultuous week behind her … and getting back to business.

The pop star was spotted at a home in the Hollywood Hills Friday, all glammed up to shoot a music vid. Ariana’s back to her classic look too — a sexy black getup … to go with her long ponytail. 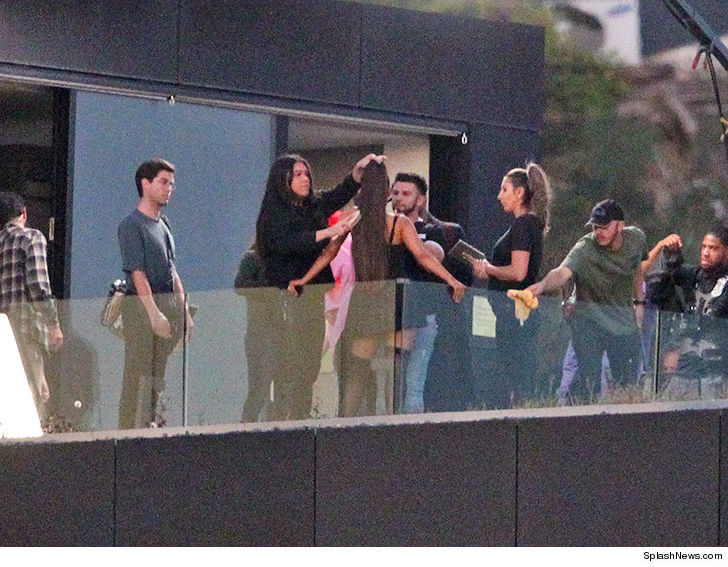 As we’ve reported … it’s been topsy-turvy times lately for Grande. Not long after the release of her massively successful “Thank U, Next” video, she got into it with Kanye West on Twitter and subsequently offended her ex-fiance, Pete Davidson, with a comment about mental health.

After Pete posted an ominous note suggesting he was suicidal, Ariana rushed to check on him at 30 Rock … but he refused to see her.

Dr. Drew suggested she should just stay away from Pete for now … and it looks like that’s what she’s doing.