Anne Hathaway took to Instagram on July 29 to celebrate the 20th anniversary of her iconic breakout film, ‘The Princess Diaries.’

The Princess Diaries made its debut 20 years ago as of July 29, and Anne Hathaway, 38, shared a perfect post to celebrate the iconic film. “Miracles happen… Happy 20th Birthday to #theprincessdiaries, AKA the film that launched a thousand sleep overs ,” Anne captioned the post. Anne took to Instagram to share screenshots from the film, including some behind-the-scenes photos of the film that launched her career.

Evidently, Anne isn’t the only one that shared this sentiment about the film being a sleepover favorite. One fan wrote, “the most formative experience of my childhood,” while another sharaed, “IM WAITING FOR PRINCESS DIARIES 3 ANNIE.”. Fellow castmate Mandy Moore also posted a tribute in honor of the anniversary. “Wowww talk about a #ThrowbackThursday! Happy 20th birthday to #ThePrincessDiaries and a real bop …#StupidCupid! ,” she wrote, referring to the song she sings in the movie.

The Princess Diaries starred Anne Hathaway as Mia and Julie Andrews as Queen Clarice. The movie was such a hit that a sequel was greenlit, and The Princess Diaries 2: A Royal Engagement, was released in 2004. When the first film came out, Anne was an unknown star, but, this was just the beginning for the Oscar-winning actress. Since the movie and its sequel, Anne has starred in countless other hit films like The Devil Wears Prada, The Dark Knight Rises, Interstellar, Love & Other Drugs, Les Miserables, for which she won an Academy Award, and more. 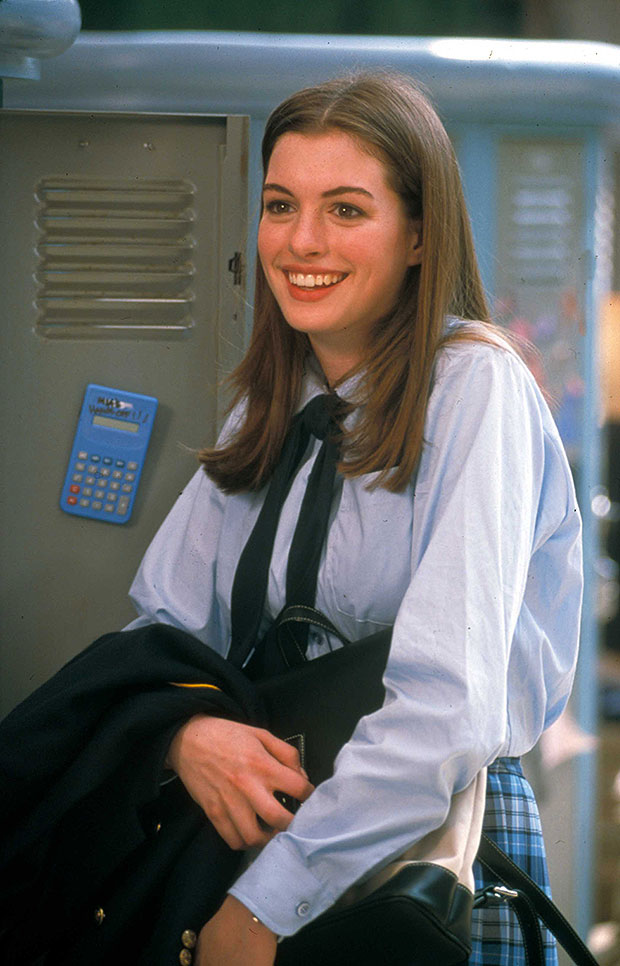 When she’s not in front of the big screen, she is with her husband of nearly nine years, Adam Shulman, 39, and their children, Jonathan Rosebanks, 5, and her precious one-year-old baby boy, Jack. In a virtual appearance on Live with Kelly and Ryan on October 26, Anne revealed that Jonathan is adjusting to his new little brother, Jack, perfectly. “No coping, just love,” she told Ryan Seacrest of their relationship. “Now Jack’s big enough to wrestle with, and that’s brought a new element to their relationship that’s really cute.”