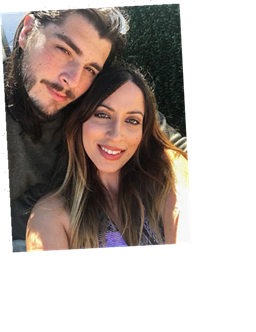 Traveling during a pandemic is risky. You could catch the virus, spread the virus, or find yourself locked up without explanation.

It wasn’t until Episode 7 of 90 Day Fiance Season 8 that Amira Lollysa was finally released from detention in Mexico City.

Fans were quick to not only blame but ridicule Andrew Kenton for the entire debacle.

Andrew is clapping back … and this could be a major hint about how he and Amira ended up.

He added that she booked the ticket, picked the date of the flight, and was not simply the victim of his own impatience and magical thinking as viewers have supposed.

“Here is the truth: Amira was the one to make the decision,” Andrew declared.

He continued, asserting that “she was on the forum, she booked her ticket, chose the date, and much more!”

“Want to see something interesting?” Andrew then asked shadily. “Ask for her detention paperwork?”

“Choose who you want to believe,” he wrote alongside alleged WhatsApp screenshots.

Andrew continued: “I’ve shown you actual evidence in these texts.”

“And,” he continued, “it’s laughable if you just want to ignore what is written on an official government document.”

“My integrity is worth way more than a silly TV show,” Andrew wrote.

“No need for fame, lip fillers, or filters here,” he added, using alliteration while shading some of the franchise’s other stars.

Andrew then assured longtime fans of 90 Day Fiance: “Y’all never met a real one like me.”

Before we delve into the rest of Andrew’s message, let’s take a look at what he is asserting so far.

One, he is clearly hoping that providing visual evidence will cause fans to believe him.

We have seen, in the past, most notably with Deavan Clegg, that fans as a whole are more likely to simply side with whomever they ended up liking more on the show rather than who has evidence in a dispute.

He also seems to be suggesting that either Amira fabricated her detention, or has government documents explaining why she was detained but refuses to show them.

Either way, this is some definite shade towards the supposed love of his life.

And that indicator that they do not seem to be together any longer brings us to the rest of Andrew’s statement, which has fans certain that they are bitterly broken up.

“Or you can believe a fame-hungry liar who has every reason to be in lockstep to achieve that fame,” Andrew wrote in what we can only call a nasty tone.

“All I ever did was support someone else’s dream!!” he insisted. “My presence on your screen is even further proof of that.”

Andrew concluded: “I honestly never needed or wanted this show haha [four laughing with tears emojis]. Keep that in mind when you decide who you believe.”