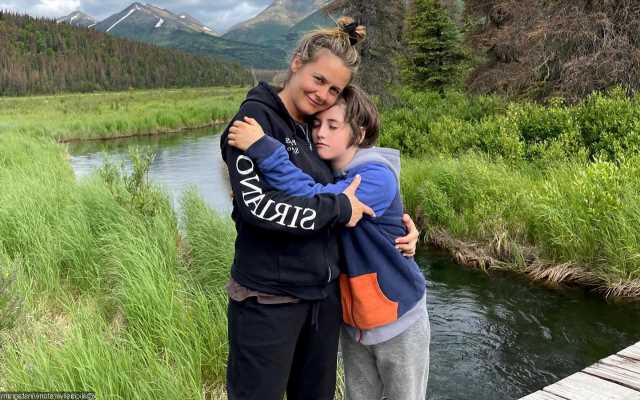 During her appearance on ‘The Ellen Fisher Podcast’, the 45-year-old ‘Clueless’ details her obsession with her son Bear, whom she shares with ex-husband Christopher Jarecki.

AceShowbiz –Alicia Silverstone still sleeps with her 11-year-old son Bear. Shares her son with ex-husband Christopher Jarecki, the 45-year-old actress claims she is simply “following nature” with her parenting style.

Alicia said during her appearance on “The Ellen Fisher Podcast”, “If you were in any kind of wild setting where there are animals … if you put your baby over there, your baby is going to get eaten. It’s not ideal for the baby to be over there.”

Additionally, Alicia praised motherhood as “the most precious, most unbelievable experience in this world,” adding, “For me, it’s so divine.” She also revealed she initially wanted four children but her obsession with Bear and her split from his father, led to her being a mother of one.

She explained, “I wanted to have more [kids], but then my relationship got messed up, and it wasn’t a great time to bring one in. I didn’t want to have one right away because I was so in love with my Bear.”

“I wanted to squeeze every little moment out of him, so it wasn’t until he was like three that I was ready to make another baby and then I didn’t have a partner, so that’s why I don’t have four babies,” she added.

Alicia previously shared that she took Bear to watch her classic teen romance ‘Clueless’ when he was just five years old and he loved it. “He saw ‘Clueless’ when he was five, because it was on at the Hollywood [Forever] Cemetery. … Four thousand people came to see and I couldn’t pass that experience up, of watching it under the stars, pillows on the ground with rose,” she shared. “He was so young and it’s not appropriate, I think, for a five year old to watch that movie… it’s all about sex and stuff, so I just thought, ‘Oops’. But, at the time… he loved it.”

Alicia said that Bear “picked up” a new way of showing affection to his mother, who played the lead role of Cher Horowitz in the movie. “But what he really picked up [on is] he tried to kiss me, like, passionate kisses, because that’s what he saw in the movie,” she said.