On an recent episode of BBC’s Pointless, Alexander Armstrong, 49, asked contestant Ellie about her current employment.

“That’s a good thing to be,” he responded.

Ellie continued: “It’s a wonderful thing to be. I highly recommend it.”

Alexander went on: “What do you do with your leisure?”

The Pointless hopeful replied: “I’m a full time mum to my dog Ronnie. I’m into all things spiritual so I like psychics and stuff like that.”

One viewer watching the episode unfold at home took to Twitter to comment on Alexander’s reaction to her hobbies.

The user uploaded a series of shots of him appearing “uninterested”.

They said beside the images: “I’ve never been less convinced that @XanderArmstrong was interested in a contestant’s hobbies.” 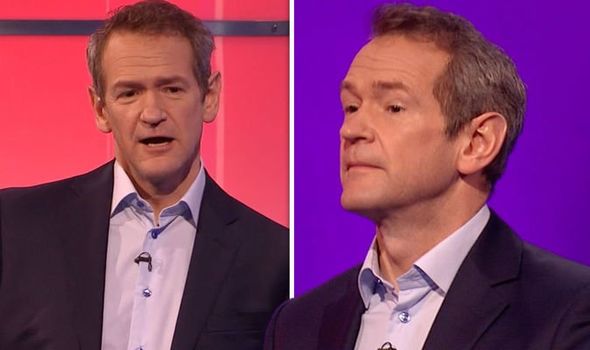 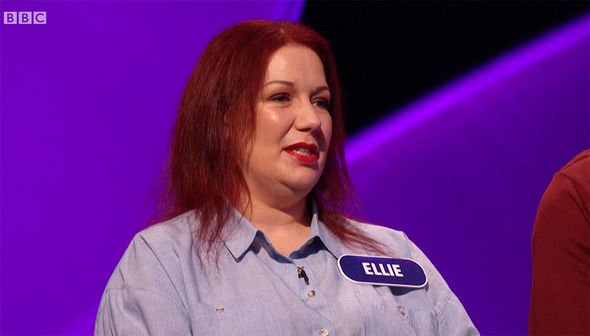 Alexander seemingly agreed with their point of view as he liked the tweet.

Below her own post, the user said: “Haha, I lost interest as soon as she said she was mum to a dog.

“Then the psychic thing apparently tipped Xander over the edge.”

On Pointless yesterday, Alexander shared a story about a wine-tasting trip whilst chatting to contestant Sahar.

After finding out they have the pastime in common, Alexander spilled: “It’s quite fun, wine-tasting.” 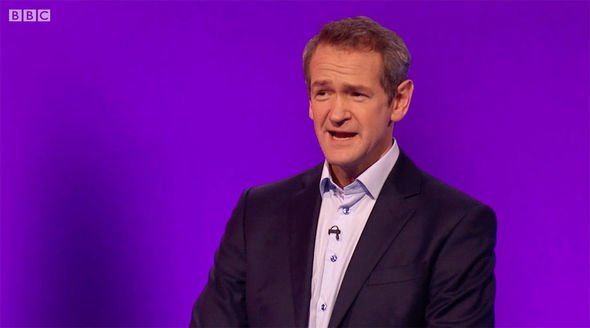 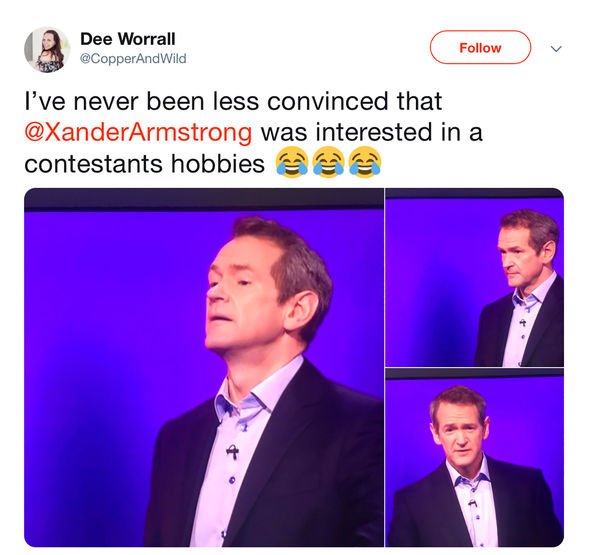 The host then went on to explain how his notes end up becoming very messy during a wine-tasting trip.

“I occasionally find bits of paper where I’ve been to wine-tastings, and the first block of wines, very very erudite notes I seem to have taken,” he said.

“I’ve written down almost exactly what I was told to write down.”

“And then by the end, it’s just a mess,” Alexander joked.

Pointless airs weekdays on BBC One at 5.15pm.