Even though Italy won the Euros, Adele thanked the English team for competing and bringing the nation together.

Adele, 33, posted a gorgeous photo on Sunday July 11 to commemorate England’s excellent run during the 2020 UEFA European Football Championship (Euro Cup). The “Someone Like You” singer rocked a red England jersey in the photo, as she smiled. Showing her intense support for the English, Adele also had a manicure, where her nails were painted as the English flag.

Even though England lost in the final match to Italy, Adele still thanked the team for their effort in the Euro Cup. “You did us so proud! You brought our game home and brought us all together,” she wrote in the caption. While the Euro Cup may have ended with an Italian victory, it seems like Adele had plenty of fun following the competition. She posted a video to Instagram of herself watching the end of the semi-final game of England versus Denmark on July 7. Once England won the game in overtime, Adele cheered and shouted her support. “It’s bloody coming home,” she wrote in the caption, with plenty of English flag emojis.

Of course, Adele wasn’t the only star enjoying England’s run in the Euros. Prince George, 7, who attended the game with his royal parents Prince William and Kate Middleton, was clearly very exciting once England scored their first goal against Italy. He had a massive smile as his dad clapped alongside him and patted his son on the back. 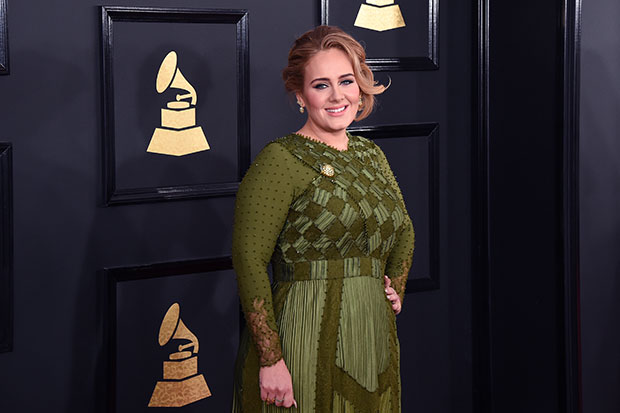 Of course, now that the game is over, some eager Adele fans commented on the photo asking if the singer would release her much-anticipated followup to 2015’s 25. While Adele’s newest album doesn’t have a release date, the singer has shared a few life updates in recent months. On May 5, the singer celebrated turning 33 by sharing three never-before-seen photos, including ones where she’s taking a dip in the ocean and another rocking a flowing maxi-dress.

Most recently, Adele was a part of the Remember Grenfell tribute to honor victims of the Grenell Tower Fire on the tragedy’s fourth anniversary on June 14. She demanded justice for the 72 people who were killed. “Still, the trial is taking way too long and still no one has been held accountable for that night’s events. Yet, Grenfell United is still out here, fighting tirelessly for the justice and change that not only they deserve, that their community deserves, but that the whole country deserves,” she said in a video message.