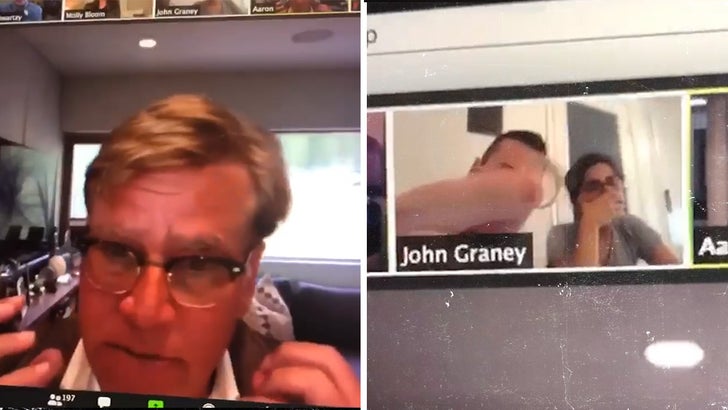 Aaron Sorkin didn’t write or direct “The Proposal” … but he had his hand all over this proposal … after helping an aspiring screenwriter propose to his GF.

So, here’s how it went down … the famed writer/producer/director was a guest lecturer Thursday at L.A.’s American Film Institute Conservatory — a prestigious institution once ranked the No. 1 film school in the world.

Before the Harold Lloyd Master Seminar kicked off, John Graney — a student studying screenwriting at the Institute — hit up his professor and asked if there would be any way to get Sorkin to help him propose to his GF, Leticia, who’s also a student at the Institute and a HUGE Sorkin fan. Side note: who ISN’T a huge Sorkin fan? “A Few Good Men?!” “Moneyball?!?” “The West Wing.”

Anywho … Aaron was game. Sorkin prefaced the proposal by warning Leticia he’s dead serious about what’s about to go down. You nearly hear more than 150 students in class hold their collective breaths.

Some of John’s buddies cheered for him before he pulled out the engagement ring. John and Leticia officially sealed the proposal with a kiss.