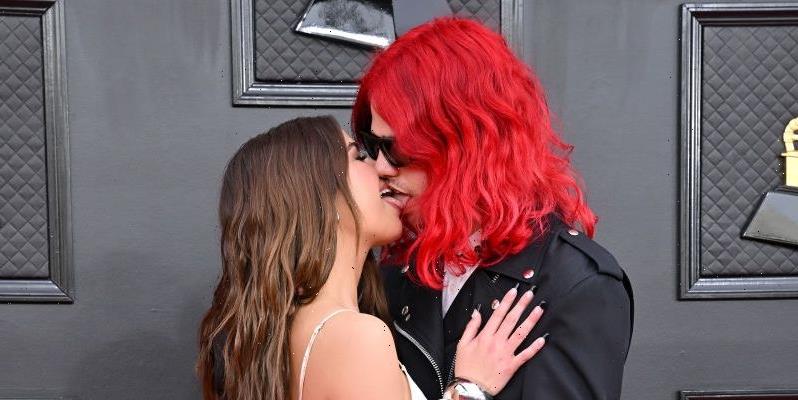 Last time we checked in on Addison Rae’s dating history, she’d only been famous for approximately five minutes and had already managed to release a song, befriend a Kardashian, and star in a movie (and that’s when she wasn’t busy with her content creation sched). On top of all that, Addison was fresh off a high-profile and deeply dramatic relationship with fellow TikToker Bryce Hall, the mess of which was unparalleled and lead to a TON of speculation about her love life (specifically, who Addison’s dating now).

Answer: Omer Fedi. These two have been going strong for months now, and they’re red carpet official…by which I mean they touched tongues in front of photographers, the go-to move in 2022, apparently. All the details on Addison and Omer’s relationship are ahead, but before that, a quick run-through of her dating history including allll that Bryce drama.

We don’t know who he is, but we do know Addison dated him for five years because Bryce Hall mentioned this fact when talking about how they got together, saying, “Honestly, I was just trying to kiss her. She got out of a five-year relationship so I didn’t think it was possible.” Which brings us to…

Addison started dating Bryce pretty much as soon as she got famous, and it was a classic story straight out of Shakespeare: She was in Hype House. He was in Sway House. Yet they managed to come together for a truly epic romance, most of which played out on Twitter. This relationship was extra to the point where we devoted an entire timeline to it, but here are the highlights (and I use the word “highlights” generously):

Bryce and Addison met the way all of history’s great couples do: through creating content on social media. After lots of speculation that definitely wasn’t the Gen-Z version of a PR stunt, they went public on Bryce’s Insta on New Year’s Eve 2020: 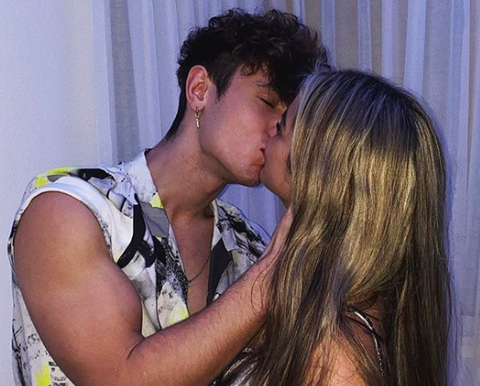 They then spent the next several months trolling everyone about whether or not they were dating and finally put us out of our misery in August and confirmed they’d broken up:

Addison even spoke about their split to Entertainment Tonight, musing, “There were a lot of times when we were on, we were off, and it was kind of just a confusing situation. Right now, we’re just kind of both deciding that there are a lot of things going on in both of our lives that we really need to focus on. At the end of the day, we’re both still wishing the best for each other and still friends.”

Rumors swirled that Addison was dating fellow TikToker Troy Zarba shortly after her split from Bryce, prompting Bryce to saltily hop on Twitter and imply she was moving on too fast while also paying her a compliment?

addison can do whatever she wants as fast as she wants, we’re working on ourselves and i wish nothing but the best for her and her future manz ❤️ all love

Either way, it seems like Addison and Troy were just friends anyway, because she tweeted this:

Amid reconciliation rumors that the internet did its best to keep up with, Bryce and Addison dropped a YouTube video called “THE TRUTH ABOUT US” and confirmed they were back at it.

But just a few months after getting back together, rumors hit that Bryce cheated (which he denied) and they split up. Naturally, there were a few weeks where no one knew if they were over due to an unnecessary amount of needlessly cryptic tweets, but eventually Addison referred to Bryce as her ex in an interview, so:

Addison was linked to Jack Harlow for a second when they were spotted at the Triller Fight Club boxing match in Atlanta. She later made it clear they very much were not on a date by writing “I’m single” on Twitter:

Tanner Buchanan: Circa May 2021

Pretty sure they were never dating, but I’m putting him on this list simply due to the PR stunt of it all. In case you missed it, Addison and her He’s All That costar presented Best Kiss at the MTV Movie and TV Awards and shared a smooch onstage:

Which Bryce, extra as ever, seemingly did not appreciate given the fact that he posted this:

sucks, but moving on

At first, the evidence that Addison and Omer were a thing was shaky at best. Mostly because said evidence was him posting and deleting a photo of her shoes to his Insta, and her showing up at a MGK show with Kourtney Kardashian. ¯\_(ツ)_/¯

But! Addison and Omer started hanging out regularly, and in August of last year a source told Us Weekly they’re definitely dating. “Addison and Omer are super into each other,” the source said, adding that “they’ve been together for four months” and “she’s very into him. She thinks he’s so cool and loves his music.”

Then this happened in October 2021:

This happened in November 2021:

I love being in love 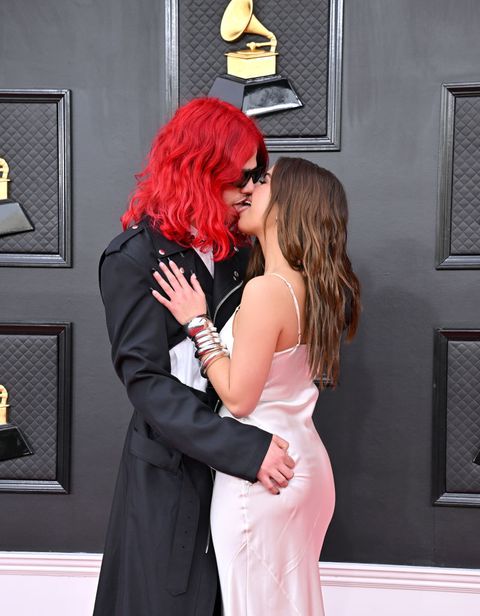 Oh oh oh, and Omer joined Addison at a Met Gala after-party in May:

In other words, they! Are! Serious! That’s it for now, but obviously we’ll be updating this as more very important info arises.