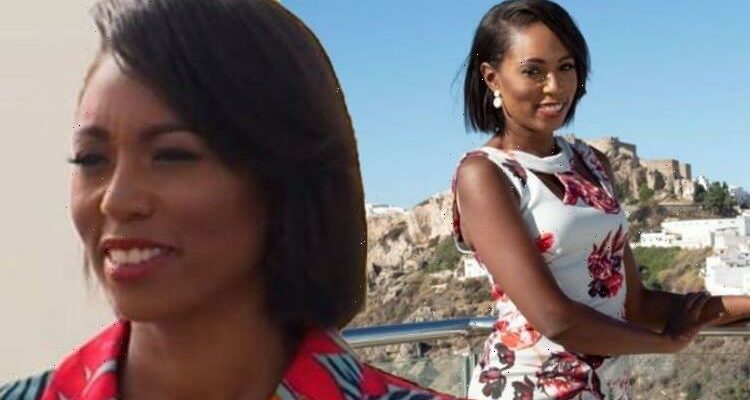 Leah Charles King started working on A Place in the Sun last year and has become a firm favourite on the show. Speaking exclusively to Express.co.uk Leah revealed that she used to be “ashamed” of her bipolar disorder before her “big coming out” eight years ago.

I was so ashamed.

Leah has been very vocal about her battle with bipolar disorder and is an ambassador for Bipolar UK.

She uses her presenting platform and social media pages to normalise the conversation and to end the stigma around mental illness.

Leah has now admitted she used to be “petrified” and “ashamed” of her diagnosis and telling others about it.

She said: “When I was diagnosed eight/nine years ago, I hid it.

“I only came out, as I call it, my big coming out, about two years ago.

I was so ashamed and I was petrified actually.

“I couldn’t think of anything worse than bipolar because, you know, if you have anything else, people will give you sympathy and they will wrap you up in love.

“But when you’ve got a mental illness you are very much left alone and it’s already such a lonely condition and I just hid it.

She continued: “I was hiding a big part of myself and when I came out it was the most empowering thing I’ve ever done and I’ve never looked back since.”

Leah did not believe after she was diagnosed that she would be able to live her dream of being a presenter due to “the stigma around mental illness”.

Talking about getting the life changing role, she said: “Presenting is something I know I am good at and I have worked hard at.

“The last time I was quite ill I promised myself I would hold on a bit longer as miracles can happen and I’m glad I held on cos here I am!

“That is why for two weeks I cried as I felt I was able to breathe for the first time!”

Leah admitted she does still struggle as she wants to make sure others know the realities of living with a mental illness.

She said: “I want people to understand that they can go back to full time work, you can do it.

“But you will have to set certain parameters and certain routines to keep your well-being in check and that for me is the most important thing.

When Leah was younger she got into singing with her two first cousins, and they formed a girl band called Kleshay.

The group achieved two top 40 singles and even supported Lionel Richie on tour.

Leah also has done backing vocals for George Michael, the Lighthouse Family, Andrea Bocelli and Mary J Blige before she got into presenting.

You can watch A Place in the Sun weekdays on Channel 4 at 3pm.