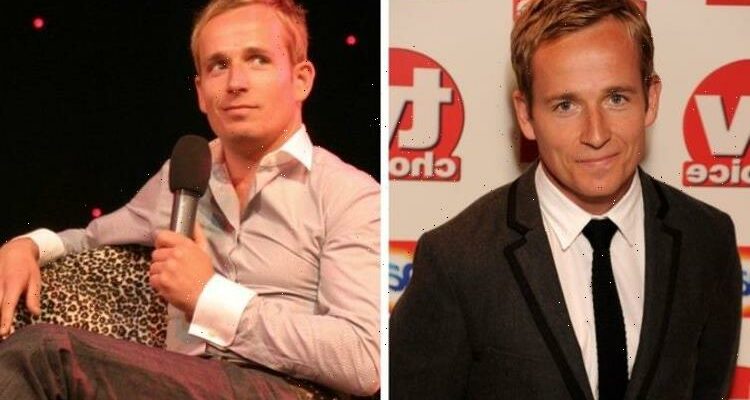 A Place in the Sun: Jonnie Irwin thanks guests for compliment

Jonnie Irwin took to the social media app to post the snapshot with fellow presenters Amanda Lamb and Jasmine Harman.

But according to the 48-year-old, he had no recollection of when the photo was actually taken.

Never had any bleach near my barnet

For his caption, Jonnie wrote: “Packing up boxes at home and found this beauty!

“Always lucky to be flanked by these 2 beautiful ladies in the early days at our live events, who I’m sure you’ll agree, look a lot more comfortable in front of the stills camera than me.

“Not sure the year but it’s a while ago- what do you reckon @jasmineharman & @missamandalamb ? X”

In the comment section, fans were quick to react, with many gushing over how well the TV personality has aged.

Another fan, @kirksherratt, continued: “You’ve all aged like fine wine.”

Even Jasmine took to the comment section to gush about the photo, which fans believe was taken in 2004 or 2005, shortly after the trio were hired to present on A Place In The Sun.

However, one particular fan seemed convinced Jonnie was displaying a couple of blonde highlights in the photo.

“Judging by the amount of blonde highlights in your hair I’d say circa 2005,” @alyssiareads wrote.

Wasting no time to respond to the comment, Jonnie replied: “Never had any bleach near my barnet.”

Last month, the father of three went on his official Twitter account to rant about Prime Minister Boris Johnson “blundering around hospitals” without wearing a face mask.

Amid concerns that the nation is heading back into lockdown amid rising cases of the Omicron variant, Jonnie was dumbfounded that Boris was going against health and safety regulations.

Jonnie tweeted: “Sat on a busy train and I’m the only person wearing a face mask.

“Hardly surprising when I see our current PM blundering around hospitals refusing to wear one.”

He continued by mentioning how Boris had left the Cop26 climate conference on a private plane instead of taking the train, just days after his attempt to convince world leaders to reduce their emissions.

Jonnie’s fans had his back as he continued to vent on the social media platform.

One of his supporters, @Nealfelphham, wrote: “We flew into the UK this weekend and were surprised at how few were wearing masks. Thankfully we are now back in Spain.”

“A few of us make a majority!”