Will Watchmen sweep? Will Schitt’s Creek have a victorious farewell? Will Jennifer Aniston win her first Emmy since Friends?

Even though things are going to look a lot different for the 72nd Primetime Emmy Awards, which will be hosted by Jimmy Kimmel and will be held at the Staples Center in Downtown Los Angeles without a live audience amid the pandemic, there’s still a lot to celebrate in the last year in TV. The awards show is following strict social distancing guidelines, meaning no live audience, no formal red carpet and no pre-show. And conversations surrounding diversity in Hollywood has been top of mind for many, which could in turn produce some pleasant surprises — and a slew of first-time winners — come Sunday evening.

Watchmen is the year’s most-nominated program with 26 nominations, including Outstanding Drama Series and Outstanding Lead Actress in a Drama Series for Regina King, as well as acting noms for the majority of its cast. A heavy favorite among critics and fans, the HBO limited series could clean up royally. On the comedy side, outgoing Schitt’s Creek could have a fitting end to its momentous five-season run on Pop TV. And Succession, HBO’s standout drama series, may finally reign supreme now that Game of Thrones is no longer formidable competition.

Though we won’t know who the big winners will be until Sunday, we’re forecasting who we think will be the evening’s lucky winners. With just days to go before the social distanced Emmys kick off, ET predicts who will take home the top awards on television’s biggest night.

OUTSTANDING COMEDY SERIES
Curb Your Enthusiasm
Dead to Me
The Good Place
Insecure
The Kominsky Method
The Marvelous Mrs. Maisel
Schitt’s Creek
What We Do in the Shadows

Is this the year Schitt’s Creek comes out on top? The quirky comedy has one last shot to win the top comedy prize, and we’re 99.9 percent sure the cast and crew behind one of TV’s most beloved families will be poppin’ a lot of champagne. But a win won’t come easy, as the Pop TV series will be competing against awards darling (and 2018 winner) Marvelous Mrs. Maisel and category entrant, Issa Rae‘s Insecure, which is coming off one of its best seasons.

With the Games of Thrones era over, HBO could very well dominate this category with its breakout Shakespearean drama, Succession, and we’re pretty much banking on it. But determining series winners are almost a fool’s errand sometimes because any of the nominated shows are worthy of taking home the win. Disney+’s surprise nominee, the Star Wars spinoff The Mandalorian, could spoil Succession‘s big night or there may be new appreciation for The Crown.

If there ever was a lock, this would be it. A stacked category, this is Watchmen‘s to lose and it would be a shocker if anything else but the HBO series wins.

The Masked Singer and Nailed It! became first-time nominees in this category, and if either wins, it would be a pleasant surprise. But we’re putting all our eggs in the RuPaul’s Drag Race basket. After winning two straight years, count on the frontrunner to take add another Emmy to its awards mantel. 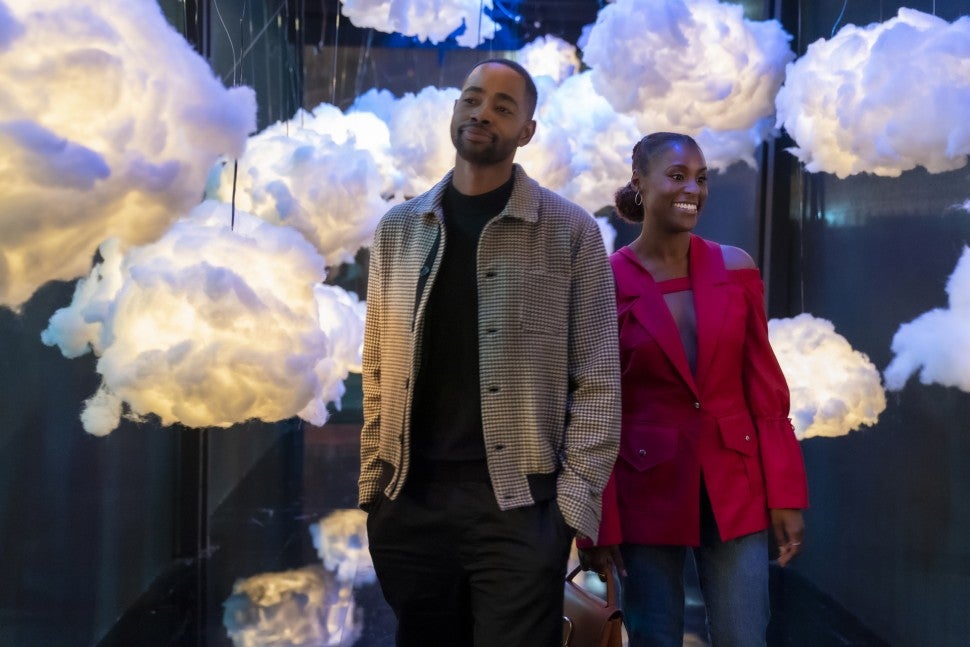 While Ramy Youssef’s debut year is award-worthy — it did earn him a surprise Golden Globe win — it’s hard to top Eugene Levy’s performance as patriarch Johnny Rose in the final season of Schitt’s Creek. Considering how late the Television Academy was to the party, expect them to make good Sunday night with overdue accolades for Levy and onscreen wife Catherine O’Hara.

After Julia Louis-Dreyfus’ rule over the category came to an end in 2017, the category has seen both Rachel Brosnahan and Phoebe Waller-Bridge get a chance to shine with wins in 2018 and 2019. Expect the Academy to continue to spread the wealth and give Catherine O’Hara her first acting Emmy and first Emmy since 1982, when she won for writing for SCTV alongside Eugene Levy.

While Billy Porter made history in this category with his acclaimed performance in Pose season 1, the love for Succession has officially taken hold of the Television Academy — and we expect one of the two leads to take home the prize here. Who will come out on top? Much like the Shakespearean battle over control of Logan Roy’s media conglomerate, we see Jeremy Strong sneaking past Brian Cox for the win here.

This category is easily one of the most stacked and exciting to watch, with last year’s winner Jodie Comer nominated again, Olivia Colman up for her first go around on The Crown, while Laura Linney and Zendaya are coming off strong seasons of their respective series. However, this is Jennifer Aniston’s to lose, after winning the Screen Actors Guild Award earlier this year. It would also be her first Emmy win in 18 years, when she won for Friends. 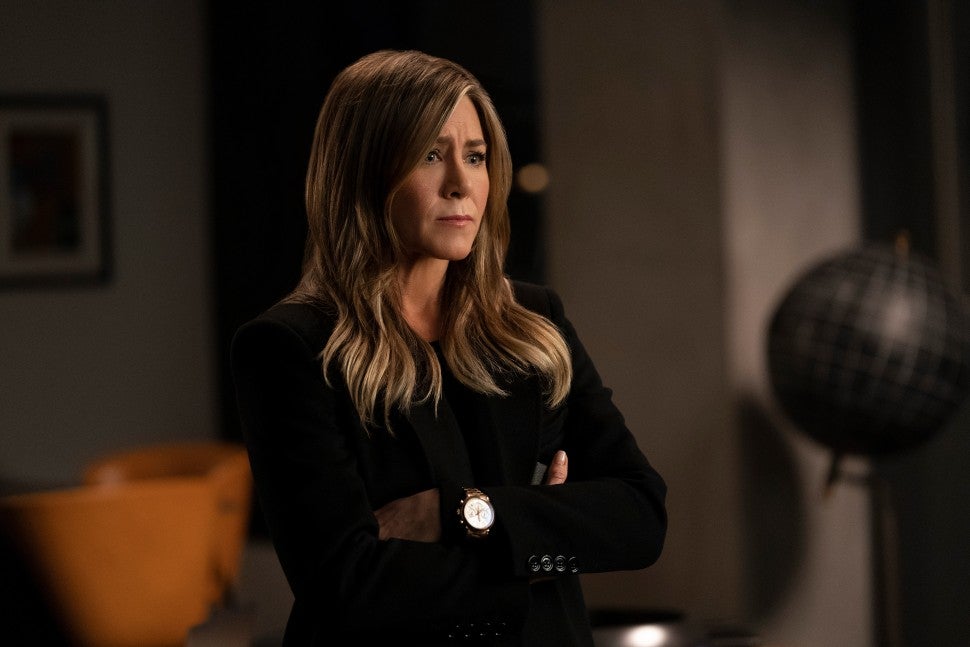 The category may be packed full of veteran and respected actors, with Jeremy Irons, Hugh Jackman and Mark Ruffalo delivering some of their best performances in recent years, but newcomer Paul Mescal is likely to sneak through with his mesmerizing breakthrough performance on the relationship drama. Chain necklaces for all!

There has never been a more pre-determined win than this one. Despite formidable performances by the other nominees, who would be valid wins any other year, there’s no topping the momentum for Regina King, who is not only coming off an Oscar win but is an Emmy favorite with three previous wins. Besides, her performance was truly one of the best — and given the reception for the series at other awards, it’s hard to imagine this going to anyone else.

This year’s supporting categories are absolutely stacked — almost unfairly so. When it comes to supporting comedy actor, awards darling Mahershala Ali certainly has a shot for his turn on season 2 of Ramy, and no one could say that Kenan Thompson doesn’t deserve to finally win one as SNL‘s longest-tenured cast member. However, expect the Schitt’s Creek love to keep flowing and Dan Levy to score a win in his first-ever Emmy acting nomination.

Two Maisels, two SNLs, two underappreciated BFFs and two final season standouts. Such is the story of the supporting comedy actress category, another totally stacked list. But faced with an impossible choice — a little bit Alexis or the many faces of Janet? Kate’s Elizabeth Warren or Cecily’s Jeanine Pirro? — expect the Academy to stick to its guns and give it to Alex Borstein once again. 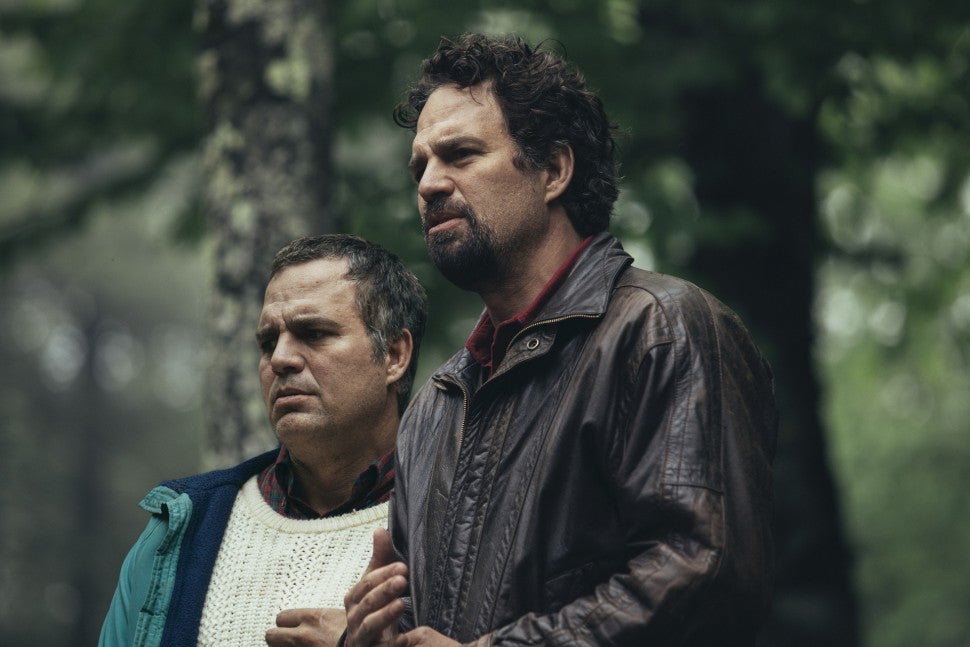 HBO’s ‘I Know This Much Is True’

With all due respect to Jeffrey Wright, Giancarlo Esposito, Bradley Whitford and The Morning Show fellas, this is shaping to be Succession‘s year. So long as they don’t split the vote (in which case it might be Billy Crudup after all), expect the Roy family to get even richer on Emmys night — with Kieran Culkin getting the slight edge over his onscreen relatives, Nicholas Braun and Matthew Macfadyen.

There isn’t a show on this list that the Emmys doesn’t love, and most of the nominees are returning honorees as well. Come envelope time, it wouldn’t be a surprise to hear Helena Bonham Carter’s name, or see Julia Garner win her second in a row. But if it’s going to be Succession night in the drama categories, it’s time to give Shiv her due and let Sarah Snook walk away with her first major American award.

Jim Parsons certainly has a deserved shot in this category for his about-face role as Hollywood’s predatory agent Henry Willson, but this category will more than likely be one of Watchmen‘s many wins on Emmy night. And if it’s going to be Watchmen, it will probably be Doctor Manhattan himself, Yahya Abdul-Mateen II. Here’s hoping his acceptance speech is as epic as his nomination reaction.

Unbelievable scored three Primetime Emmy nominations this year, but still made many snub lists for neglecting nods to stars Kaitlyn Dever and Merritt Wever. Expect Toni Collette to take this one for the whole team — over deserving recognition for Watchmen standout Jean Smart and the Mrs. America ensemble — and maybe she’ll share, Cady Heron-style.

The 72nd Primetime Emmy Awards will be broadcast live Sunday, Sept. 20 at 5 p.m. PT/8 p.m. ET on ABC. For more on how to prepare for your at-home Emmy viewing party this year, watch ET’s video below.

How to Make an Award-Worthy Cheese Board for the Emmys