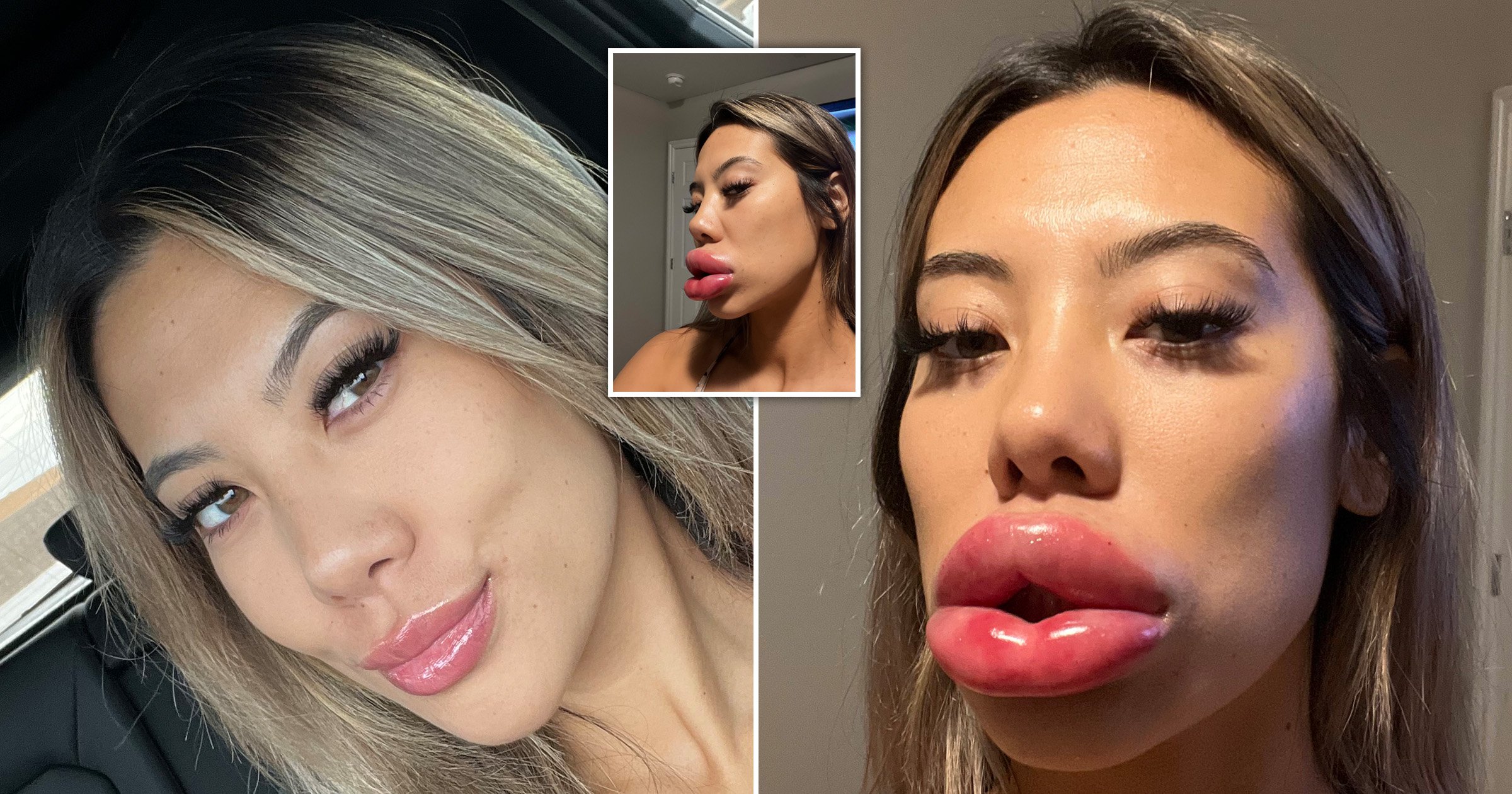 A woman has shared her severe allergic reaction to lip filler – as it made her lips swell beyond belief.

Basia Query, 24, from Las Vegas, US posted a video online, rating her filler job zero out of 10.

The marketing manager previously had lip filler twice before this incident, so knew instantly something was wrong when her lips ballooned to more than triple their size.

She could also feel her throat starting to itch, so went to get emergency help at the hospital.

Finding out she was having an anaphylactic reaction – a severe allergic reaction – Basia was lucky she had medical help just in time.

Basia said: ‘I have had filler twice before and this has never happened… I don’t know if I reacted to the numbing cream the aesthetician put on as the did put a lot on, or whether it was a new pen that was used.

‘Once she had finished I had noticed there was an indent on my bottom lip so she added two more pumps of filler and almost immediately my lips had blown up and were really uncomfortable.

‘Around 30 minutes later they were huge, they were hurting a lot and were uncomfortable as they had expanded so much.

‘I was told to get kids’ Benadryl, an antihistamine, and I took myself to ER.

‘The doctors saw me within five minutes but they didn’t really know what going on, they just said it was allergic reaction. They gave me an Epi-Pen injection.

‘I went by myself and it was the scariest thing ever.’

Her family were furious when they found out about the reaction, while her boyfriend was terrified.

The aesthetician claimed it wasn’t her fault and this reaction was a first for her too.

The experience has taught Basia to approach cosmetic tweakments with more caution.

She said: ‘I have learnt to always do research into what I am putting into my lips, it’s the same thing with Botox or getting a boob job, it’s different for everyone.

‘I didn’t know it was going to go viral, and now I’m getting trolled.

‘A lot of people are saying to me to just love yourself, and some are making fun of it, but I am making fun of myself and I don’t even read the comments.

‘I will not do it again. I am done with getting filler.

‘I was also going to get Botox next month but have cancelled it.’