To be fair, women of the famous variety tend to have nearly unlimited access to hair pros that are always on the cusp of what’s new or coming down the pipeline. As a result, they become the guinea pigs — very good ones, may we add — for not only testing out trends, but introducing them to the masses and giving them that must-try appeal. And come winter, the color that always seems to gain traction is black.

No, not brown-black. We’re talking jet black, the kind that looks otherworldly against richer skin tones and fairer complexions alike. We’re talking about the hair shade that contrasts better than most others against bright clothing. Oftentimes, though, there’s a lot of trepidation about turning to the dark side due to worry it’ll make you look as though you’re wearing a Halloween wig.

Whenever hesitation threatens to keep us from trying something new, we get lost in inspiration IRL and on the interwebs. So here, we’ve gathered a sampling of A-listers of different skin tones and hair textures who have kept the black hair trend alive. From Laura Prepon’s raven bob to Zoë Kravitz’s box braids, we have a feeling these hair chameleons will have you more than ready to dip into the dye. 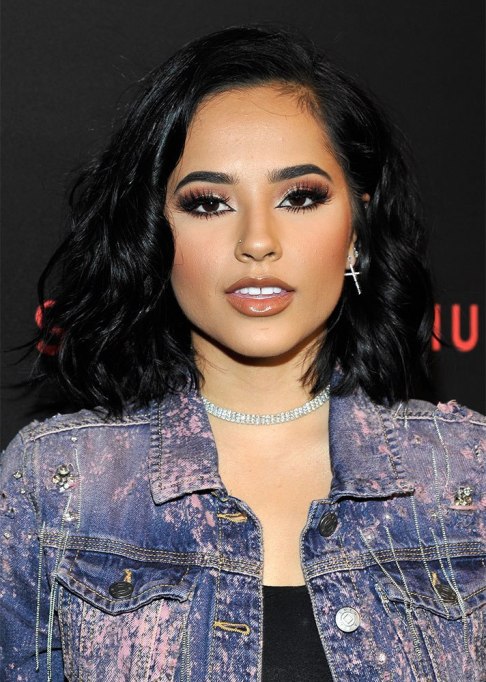 Though the Latina singer has experimented with lighter shades and highlights, we’re partial to the jet-black wavy bob that frames her face beautifully. 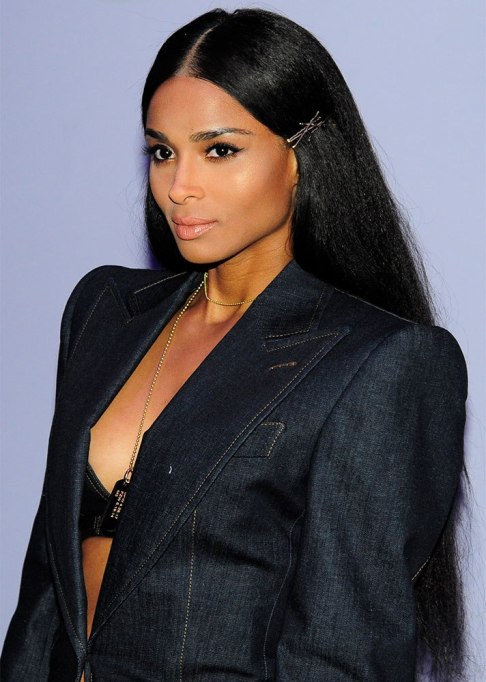 As of now, the singer is wearing her hair a lighter shade of brown. But back in February 2018, she hit New York Fashion Week in waist-length raven-colored strands. 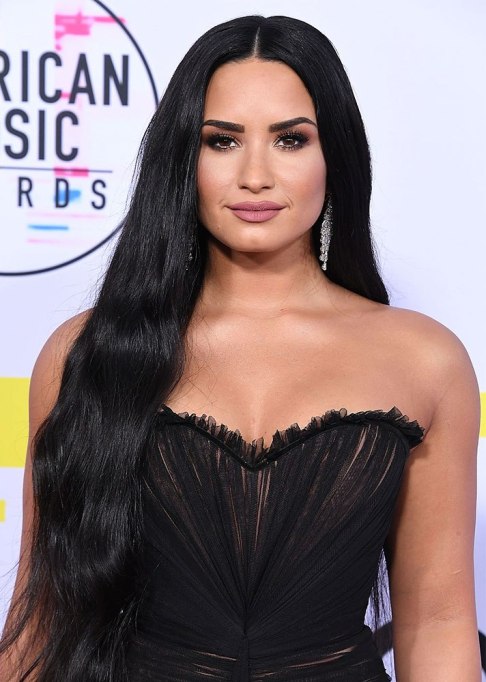 It’s been some time since the singer and actor walked a red carpet, but when she stepped out for the 2017 American Music Awards, it became one of her fiercest looks to date. 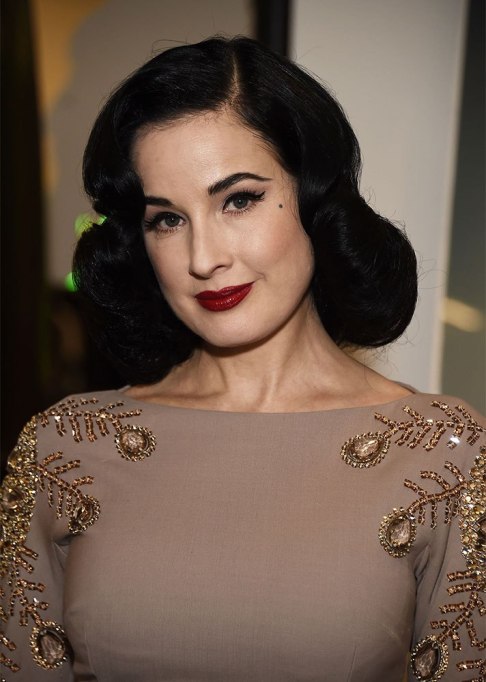 The burlesque icon has never deviated from her signature coif, which just so happens to be the sleekest shade of black. 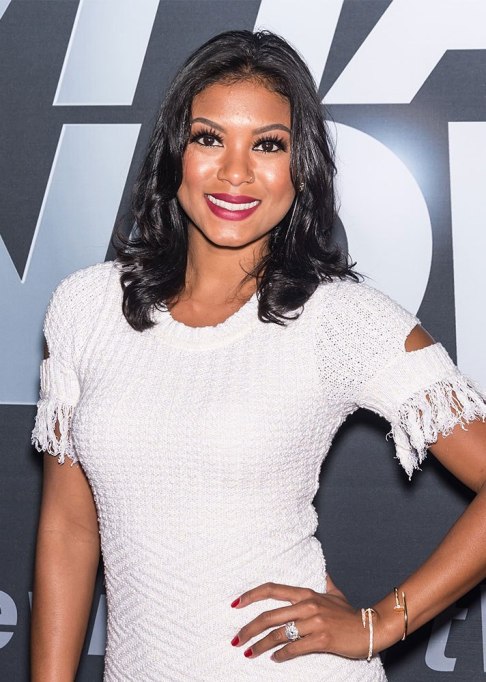 Kevin Hart’s IRL leading lady is also part of the black-hair pack, having rarely experimented with other hues since stepping into the spotlight years ago. 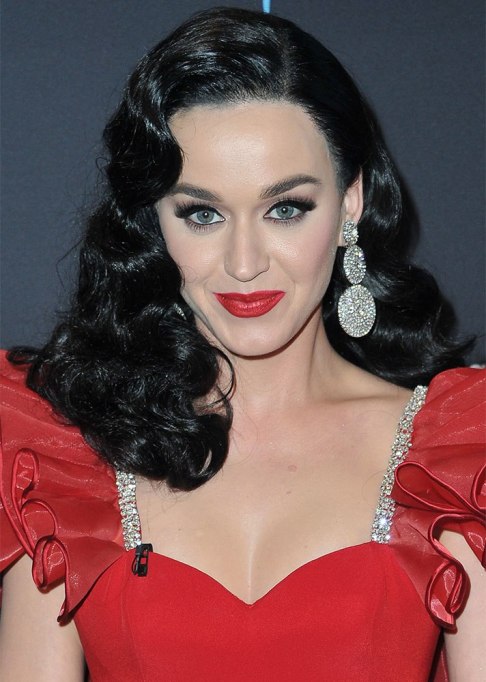 Blink and you’ll miss the singer’s new hair color, but at one point — May 2018 in particular — she sported a jet-black hairstyle reminiscent of the Old Hollywood era. 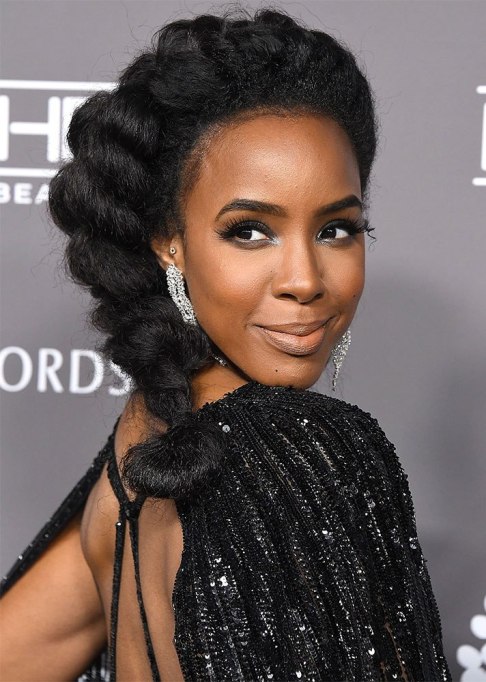 Keeping things simple, yet stunning, the singer recently stuck to her natural black hair color for the 2018 Baby2Baby Gala. 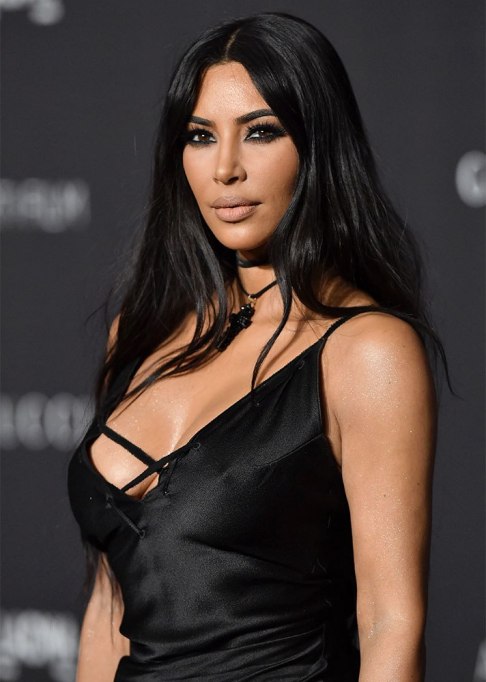 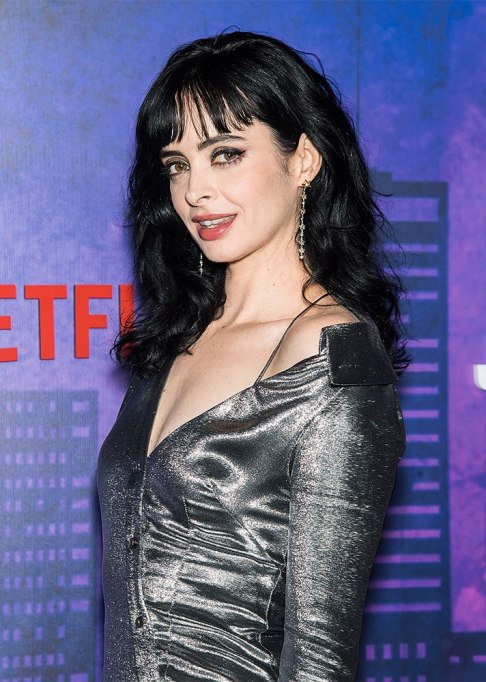 The actor is another celeb who has almost never deviated from black hair, which looks drop-dead gorgeous against her fair complexion. 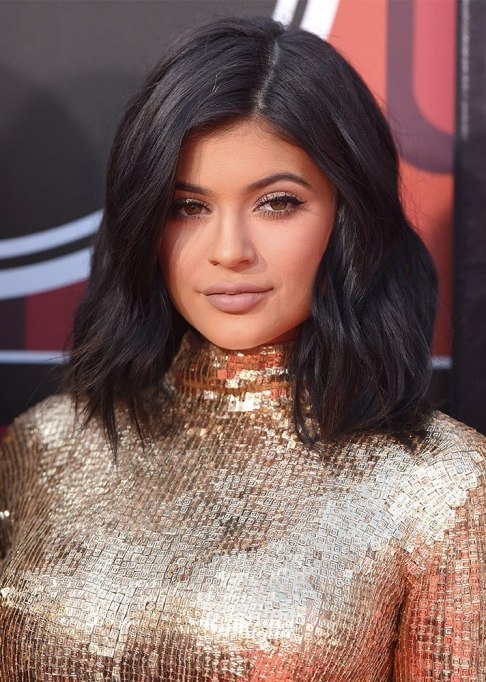 Wigs, weaves and everything in between have been worn by the beauty mogul, but a black bob proved to be one of her shining mane moments in 2015. 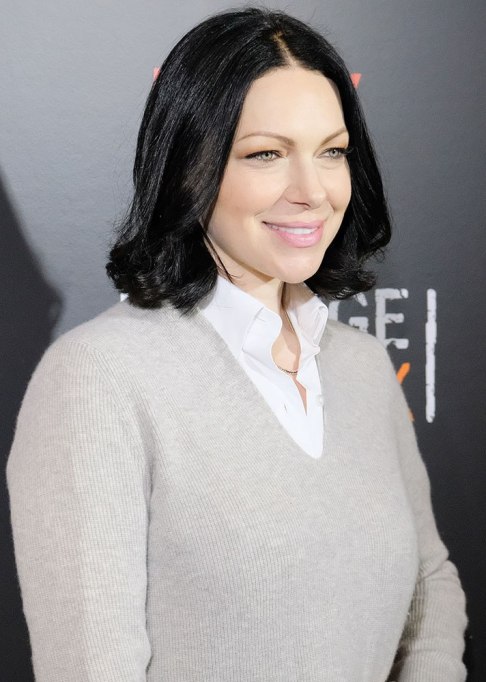 After departing That ’70s Show and beginning her award-winning stint on Orange Is the New Black, Prepon ditched her red hair and opted for jet-black strands instead. 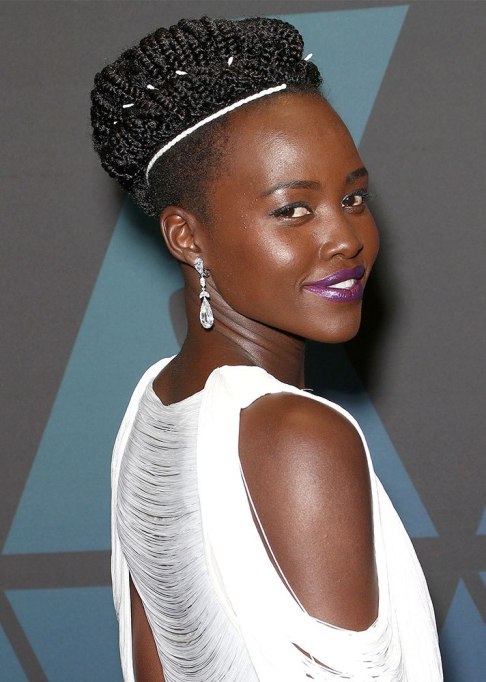 The Oscar winner’s red-carpet hair journey includes a handful of truly wonderful braided looks, including this all-black updo at the 2018 Governors Awards. 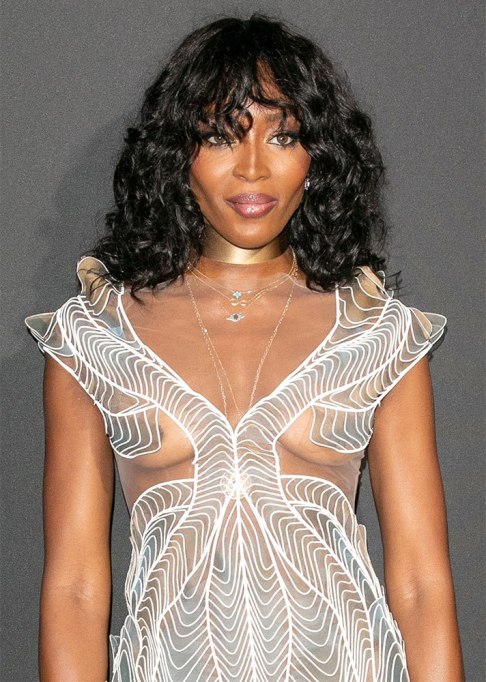 Her signature waist-length straight hair is usually brown or black, but we’re unexpectedly enamored with her all-black take on the curly bob and bangs. 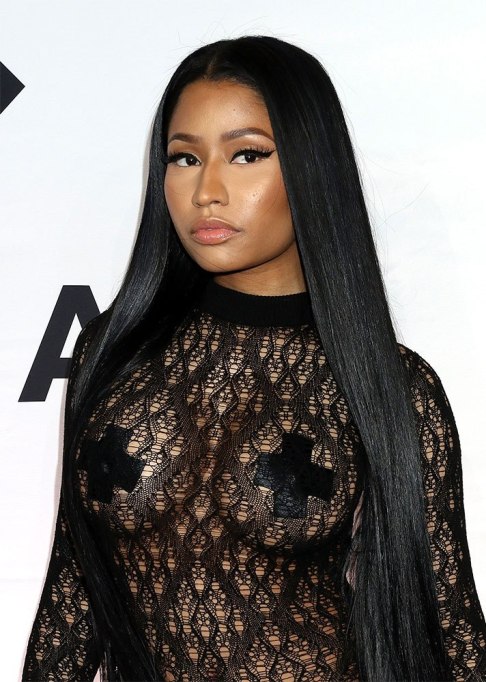 The rapper delivered inches and plenty of shine when she attended the 2016 Tidal X: 1015 concert wearing a jet-black ‘do. 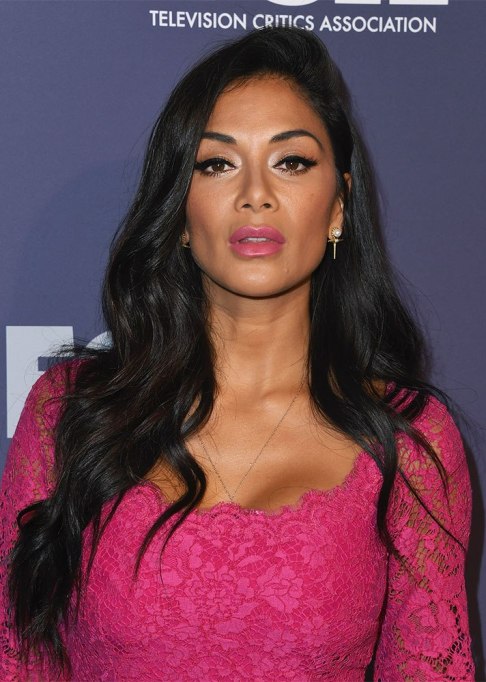 Effortless is the best way to describe Scherzinger’s black wavy look, which just so happens to be her natural texture. 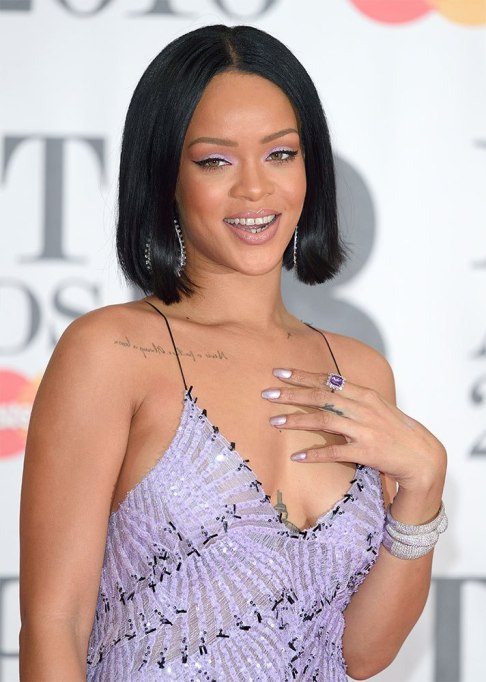 An underrated hair moment from the multifaceted performer is this beautiful black bob at the 2016 Brit Awards. 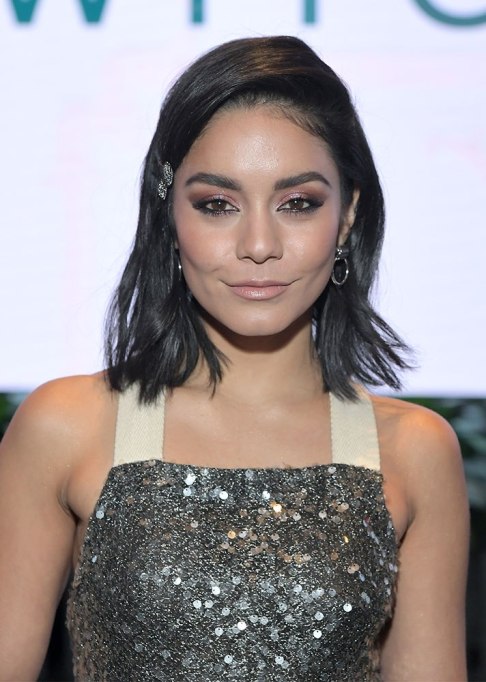 As of late, the actor has been styling her bob into a slew of fun styles, all while keeping the same dark hue in place. 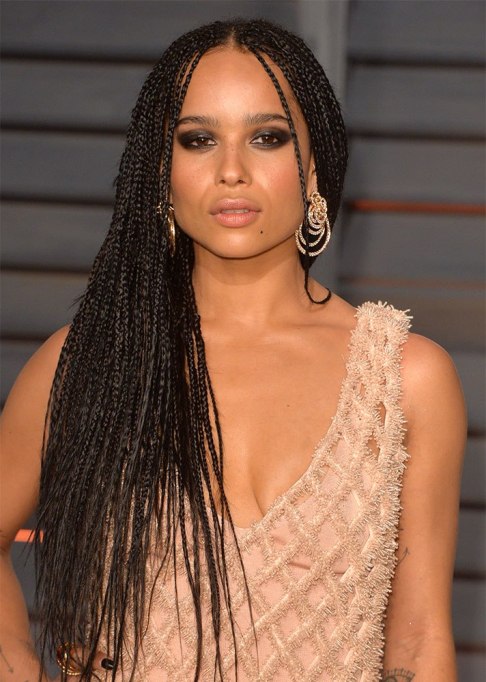 Our favorite part of the actor’s past box-braid phase was when she opted for black ones during the 2015 awards season. 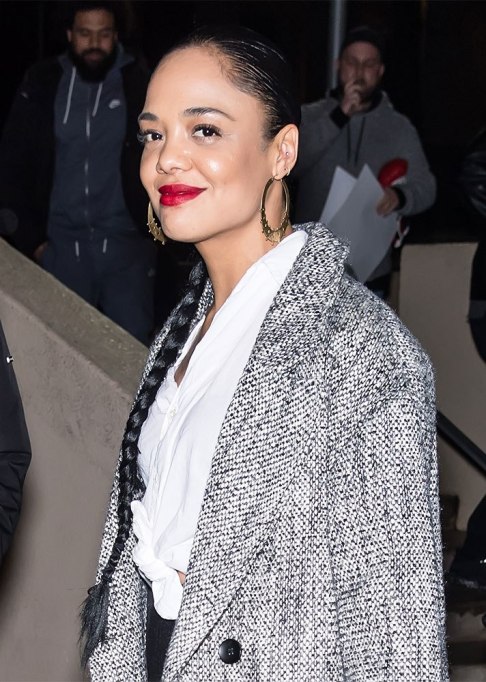 In March 2018, cameras spotted the actor in what appears to be a Sade-inspired low-hanging braid.