Michael Strahan’s twin daughters will soon be fleeing the nest and heading off to college, so they’re squeezing in as much fun with their dad and longtime girlfriend as possible.

Isabella took to Instagram on Friday and surprised fans with a snapshot of herself and Kayla Quick at a basketball game.

In the image, the 18-year-old looked so different as she’d straightened her gorgeous curls into a sleek down-do.

Alongside her, Kayla opted for loose waves but they looked very alike with their glowing complexions and glossy pouts.

Michael has been dating the model for several years and they have managed to keep their romance out of the spotlight.

MORE: GMA’s Lara Spencer shares look at rehab recovery as she continues to heal from injury

The 33-year-old did appear on her beau’s social media last year and posed with him and his twins, Isabella and Sophia, for a photo inside his New York apartment. At the time, many of his followers asked: “Who is she?” 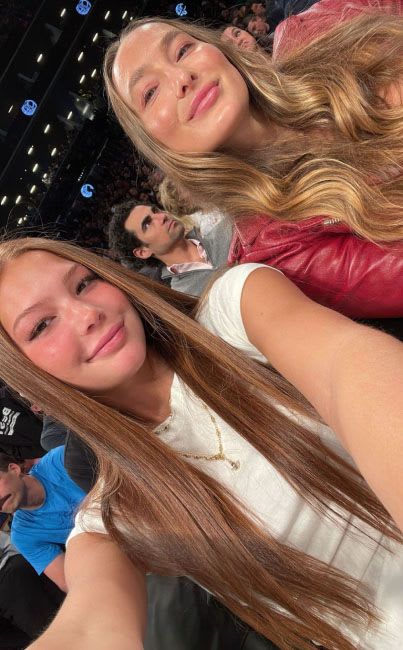 So, what do we know about the leading lady in Michael’s life and how long have they been together?

According to online reports, the pair have been dating since 2015 and she’s a firm fixture in his and his children’s lives.

Michael doesn’t talk publicly about his romance, but has previously been married twice before and engaged too. 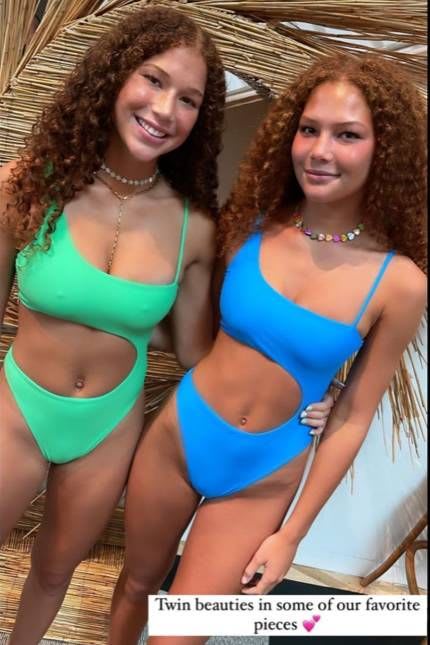 Michael’s youngest children have also carved out a modeling career

Michael shares his two older children, daughter Tanita, and son Michael, with his first wife, Wanda Hutchins, but their marriage ended in divorce.

He married Jean Muggli on 18 July 1999 and had his twin daughters with her but their divorce was finalized in 2006.

Shortly after the breakup, Michael began dating Eddie Murphy’s ex-wife Nicole and they got engaged in 2009, but eventually went their separate ways five years later.