Health and fitness have always been important to the Duchess of Sussex, and when it comes to up-levelling her workout game, the royal means serious business.

Meghan’s former personal trainer Craig McNamee previously told Women’s Health: “Meghan Markle’s fitness definitely takes priority; she’s very focused on her health. When she gets to the gym, there’s no real complaining.” The Duchess’ fitness repertoire includes everything from yoga to running, weightlifting to boxing – and she’s been trained by some seriously hardcore PTs.

When you think of the royal family, ‘boxing champion’ may not immediately spring to mind, but turns out the wife of Prince Harry is not only a fan of the sport, but has previously been coached by Jorge Blanco, personal trainer to Drake and Chris Hemsworth. Impressive, right?

Speaking to Vanity Fair, the Spanish National Kickboxing Champion said: “I trained Meghan when she was in Toronto during the shooting of the series Suits.

LOOK: I tried Kate Middleton’s royal workout routine and the results are mindblowing

MORE: I tried David Beckham’s gruelling workout and here’s what I thought (once I recovered!)

The Duchess trained in martial arts for her role in Suits

“We did a little bit of martial arts, a little boxing, and sometimes kickboxing. I never really thought she could end up being a princess! I had a great time training with her because she’s super nice and speaks Spanish, with an Argentine accent.”

There’s no denying the Duchess boasts an enviably lean physique and royal ‘glow’, no doubt credited to her balanced approach to health and wellbeing. Keen to emulate her badass workout routine, I decided to try a boxing class at JAB in Mayfair, here’s how it went…

Located in Mayfair, JAB is quickly becoming a cult within London’s fitness scene. Promising high-intensity workouts, fuelled training sessions and an electric community empowered by boxing, the London studio is the perfect place to hit up your first boxing workout. 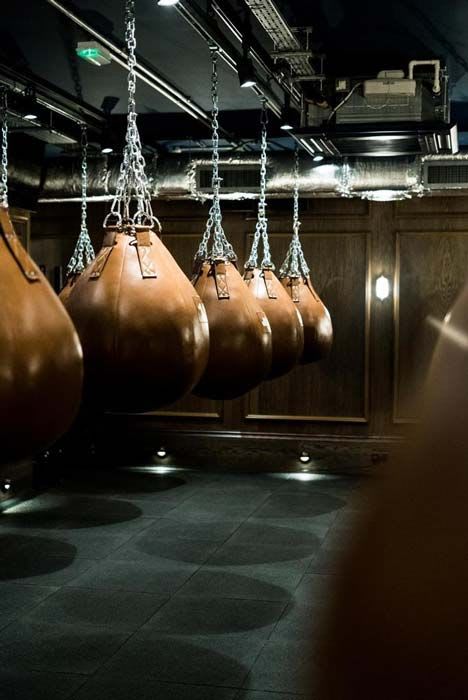 JAB is a new boxing studio in Mayfair

Founded by George Veness, who grew up in the East End and first walked into a Boxing Club when he was six years old, JAB brings authentic boxing coaches to the fitness industry, teaching people to improve, have fun and feel empowered through its training philosophy.

What does a boxing workout at JAB look like?

‘The Sessions’ at JAB focus on the fundamental skills needed to become an elite boxer. AKA six rounds of hardcore bag work followed by six rounds of killer ground work.

I tried a 12-round intense boxing workout at JAB

What did I learn from trying Meghan Markle’s workout routine?

I went into my first Meghan-inspired workout session as a complete boxing rookie, and was quickly reminded of my inexperience when I suddenly realised my legs and arms were moving in the complete opposite direction to everyone else in the class.

The fact the Duchess is trained in both kickboxing and martial arts is seriously impressive to me, especially now that I know just how difficult it is to keep up with the fast-paced, high-intensity nature of a killer boxing workout.

Meghan isn’t the only royal to have an interest in the sport. Prince Harry also revealed his emotional ties to the combat sport in April 2017 during the first episode of the podcast Mad World. In order to get a handle on his grief and “numerous breakdowns”, the Duke said he’d taken up boxing.

“Everyone was saying boxing is good for you and it’s a really good way of letting out aggression,” he said. “And that really saved me because I was on the verge of punching someone, so being able to punch someone who had pads was certainly easier.”

There’s no denying that boxing is an excellent way to release stress and tension. I left the class feeling extremely energised with a clear head, though I did experience serious muscle burn.

RELATED: Meghan Markle’s 4.30am morning routine isn’t for everyone

If you’re looking to challenge yourself with a royal-inspired workout, I’d definitely recommend boxing. Be warned though, push yourself too hard and you’ll be left with a serious case of delayed onset muscle soreness… Sincerely, a HELLO! writer who struggled to walk the next day!