Meghan Markle is a beacon of Californian wellness, but the Duchess of Sussex hasn’t always been on top of her health game, having previously spoken about migraines so bad she had to go to the hospital.

“I used to have debilitating migraines (hospitalised for them),” she told The Chalkboard. Luckily for Prince Harry’s wife, she found a cure that works for her. The former actress reportedly undergoes acupuncture for her crippling headaches.

“Acupuncture and Eastern medicine absolutely changed my life,” she said. “Migraine-free living is a game-changer.”

While Meghan hasn’t spoken about other cures she tried for her headaches, it’s possible she chatted to fellow sufferer Serena Williams. The duo are close friends, and the tennis ace has also been struck with terrible migraines.

“I always had headaches and I didn’t realise they were migraines until I was much older,” Serena said in a video on Instagram, “They’re grinding headaches I feel in my temples in the front of my head.” 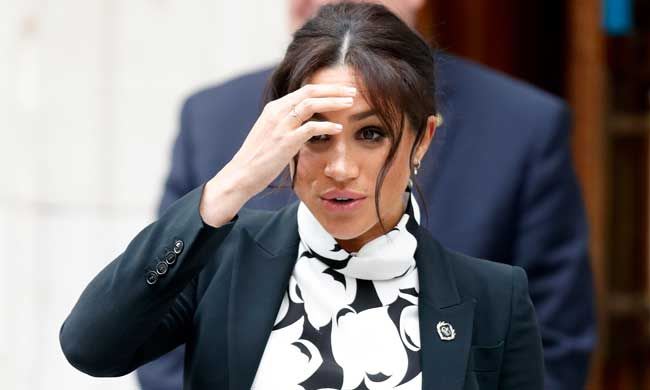 Meghan Markle went to hospital for help wit her migraines

Speaking on how her migraines have impacted her sporting prowess, Serena said: “There were times I’ve been on the court, in the middle of a grand slam, and it’s not an opportunity I can stop and say: ‘I need ten minutes, or I need an hour, or can I play tomorrow?'”

Serena said she has cured her migraines by taking Ubrelvy, a fast-acting pain medication that doesn’t impact her tennis skills – we wonder if she recommended the pills to Meghan?

Meghan Markle and Serena Williams have been friends since 2014

The Duchess of Sussex isn’t the only royal to have reportedly been hit by headaches. According to Princess Diana‘s brother Earl Charles Spencer, Prince Harry’s mother had a “cracking headache” on her wedding day due to wearing a heavy tiara.