It’s a drab rainy morning, but you wouldn’t know that at MAC Cosmetics’ Carnaby Street store.

A drag queen, charity workers, influencers, and members of the LGBTQ+ community have gathered for our photoshoot in joyful and vibrant energy – all in the name of lipstick.

MAC launched its three Viva Glam lipsticks back in 1994. The red, plum and pink-beige shades were released to directly benefit the HIV and AIDS charity drive (with none other than RuPaul fronting the posters), and MAC has been donating 100% of the retail price (minus VAT) to LGBTQ+ communities ever since.

They say it’s more like donating to charity and getting a free lipstick in return, rather than buying a standard lippie. To date, hundreds of millions of pounds has been donated worldwide by the makeup brand.

And today, on World Aids Day, Mac are donating the retail price of all of their lipsticks – not just the Viva Glam range – to benefit the cause.

Somewhere along the way however, in the glitz of celebrity campaign collaborations (with the likes of Lady Gaga, Elton John, and Debbie Harry), the charity message got lost – as many as 85% of MAC customers are unaware of what Viva Glam is.

Now the brand wants to reclaim that message, which is why they’re foregoing a celebrity face this World AIDS Day and instead extending their charitable pledge across all of their lipsticks – not just Viva Glam shades – on December 1. 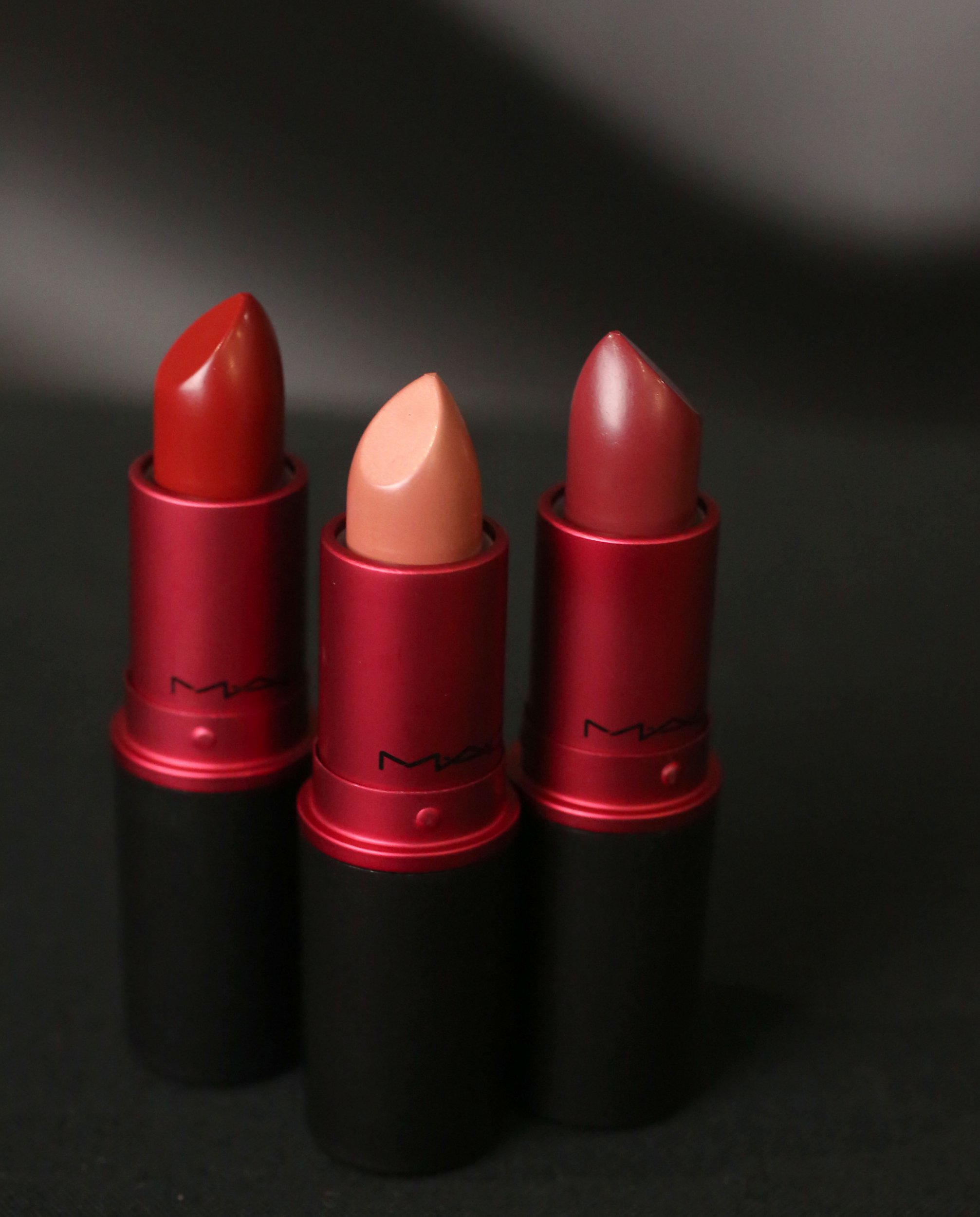 So here we are, shooting with MAC ambassadors, trans educators, and people who work on the ground with those the charity efforts support, all to find out what actually happens when you buy one of these life-changing lipsticks.

Mildred Malaika, from Uganda, is a 27-year-old beneficiary of Micro Rainbow, a charity MAC partners with. She tells Metro.co.uk: ‘Coming from where I come from, there’s a lot of oppression – you can’t express yourself.

‘You’re only allowed to wear makeup on certain particular important events, so wearing it for fun because it makes you feel good is really refreshing. Even seeing men wear makeup here, that would be forbidden.’

She moved from Uganda to the UK in October 2021 as an asylum seeker, and describes her life before as ‘not good’ for her mentally, as she’s a queer-identifying person.

‘There are so many things that are a breath of fresh air here,’ Mildred explains.

‘I left Uganda because I was being persecuted because I’m gay, so I needed to flee.

‘After coming here, I found the charity programmes and before I didn’t know these kinds of things existed.

‘Mirco Rainbow do social inclusion programmes and a Moving On programme, which can help you with your CV and finding work.

‘It’s very helpful, even the social programmes, because while you’re seeking asylum, you’re not really allowed to do much – you can’t work, some people aren’t allowed to study, so it can be depressing just staying in a room doing nothing. So being able to meet other people that can relate and understand is good for your mental health.

‘Otherwise you constantly think, “Are they going to take me back? What’s happening to me?”‘

She hopes to one day work for the charity and help others in similar situations.

‘If people buy the lipstick, they help support what these charities are running. It makes a big difference,’ she adds.

Sebastian Rocca, founder and CEO of Micro Rainbow, says Viva Glam helps publicise the message of what the charity does.

He recently used a £50,000 donation from MAC to refurbish a safehouse. The organisation also uses its connections to MAC to host makeup masterclasses.

‘A lot of the people we work with have been told their whole lives they are against nature,’ Sebastian says, ‘so naturally when they come to the UK they come with low confidence and self-esteem.

‘Using makeup is one way to get them to feel like themselves and to believe they are worthy of expressing that.’

Each year, Micro Rainbow works with over 1,000 people nationwide through classes, programmes, helplines, and safehouses.

He says: ‘The work we do is best summarised like this: homeless queer migrants go from being homeless to having a home, go from risking violence and abuse on the streets to being in a welcoming queer environment.’

‘Yes, we are working with people escaping torture and persecution, but through the lens of makeup we’re looking at how to empower people and give them choice,’ he adds. ‘This element of fun, it’s very much needed.’

This sentiment is shared by Cheryl Hole, a LGBTQIA+ activist and drag queen best known for appearing on RuPaul’s Drag Race UK.

Viva Glam is a campaign she’s known about ‘for the longest time’ and says its root message is: ‘we need something to change, and we’re going to do it through the power of makeup.’

‘It’s so prominent in the community because it started out of the sheer need for a voice for the AIDS and HIV epidemic,’ she says.

‘Buying one can literally put a homeless person living with HIV and AIDS in a shelter for two days straight. Just from one lipstick! And I don’t think people realise this applies all year round – it’s making changes 24/7.’

Cheryl’s personal favourite shade is Viva Glam II, the pink-beige she’s sporting in our photos, because it makes her feel ‘soft, demure and beautiful’.

She believes the celebrities that have fronted the campaign, though they perhaps overshadow the fundraising message, have added ‘light’ to the lip range, attracting publicity and utilising more platforms to promote sales.

As well as sales, the lipstick can stand for something more personal to people – particularly those in the queer community that use makeup as form of gender expression.

Arian Humirang, an influencer and trans activist who wears neutral toned makeup in her day-to-day, explains: ‘I feel empowered wearing this lipstick, like I’m continuing on the legacy of the people that came before me who would have worn this in the 90s.

‘That tiny tube represents so much, from all the turmoil that’s happened to today where I can comfortably wear makeup and be as queer as I can be, without being apologetic about it and without having to hide it.

‘Back in the day, they had to do so many different things to not be known, to not come out. Wearing one of these lipsticks, to me, represents all of that.’

Arian believes campaigns like this create a safe space for those affected by the issues Viva Glam is aligned with.

‘It’s also just giving yourself the joy of helping others,’ she adds.

In the UK, MAC divides its raised funds between seven charities. One of them is Positive East, which supports people living with or affected by HIV and AIDS in East London, an area that has four times the national average number of cases.

Ian Montgomery, head of fundraising and communications, says since 2007 the Viva Glam effort has led to over £1.2million in donations for the charity.

‘The funding MAC provides enables us to support people with the benefits they’re entitled to, such as support with housing, debt advise and immigration,’ he explains.

‘We’re a community based organisation and we rely on the community for support, so it’s a beautiful full circle,’ he adds.

‘Positive East wouldn’t be the charity it is without the help of organisations such as Viva Glam.

‘If you question the impact of this cause, come to Positive East and see what we do.’

Mackenzie M. Da Assuncao, a MAC Artist, Viva Glam Ambassador and trans activist, reminds us the ‘viva’ translates as ‘live’ (from Spanish), and at its crux, this is what the initiative is all about.

Her favourite shade is Viva Glam I, as it makes her feel ’empowered’ as a transwoman – both aesthetically and knowing that in a small way, she is having an impact.

‘As much as we’re fighting injustice, we’re celebrating diversity and inclusion,’ she says.

‘It’s a lipstick that gives back.

‘I’ve always thought when I see Viva Glam it’s a universal term for “community” – it’s about human beings at the end of the day. We’re all here to support each other.

‘I want people to know you really genuinely can make a change in someone’s life – and it might even be the person you’ve walked past sleeping in the street.’

You can buy a MAC Viva Glam lipstick all year round, and the retail cost (minus VAT) will be donated to their charity partners. Next week on December 1 for World AIDS Day, all MAC lipstick sales across all ranges will go towards the fundraising initiative too.

MAC Cosmetics has not sponsored this article.