Princess Kate, 40, has always been known to get stuck in while attending public engagements, taking part in football, sailing and hockey while at the events.

SEE: The Princess of Wales looks like a supermodel in vintage Chanel

The mum-of-three is famed for her sporting prowess, but on Thursday, she and her husband Prince William attended their first sports-based public engagement since being named the Prince and Princess of Wales, and there was a marked change in Princess Kate’s behaviour.

WATCH: Princess Kate gets into the sporty spirit during latest London visit

Rather than donning boxing gloves or shooting goals like her husband, Princess Kate opted for the more sedate activity of boccia, an Italian form of wheelchair bowls.

The game of boccia saw the royal sit atop a chair and play bowls, and while the sport is no doubt a very specialist skill, it’s less intense than we are used to seeing the Princess when it comes to activities.

Fans wondered if the Princess’ choice to play the calmer sport was a move to a more formal role within the royal family – or perhaps she is simply feeling tired. 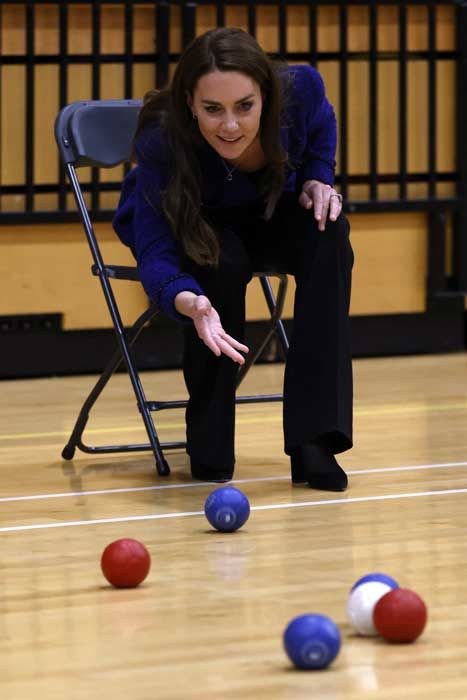 Princess Kate mentioned that following the death of Queen Elizabeth II she had been struggling to sleep, and we all know our exercise performance suffers if we haven’t slept well.

Prince William didn’t appear to be suffering the same issue, sparring in the boxing ring and showing off some impressive skills. 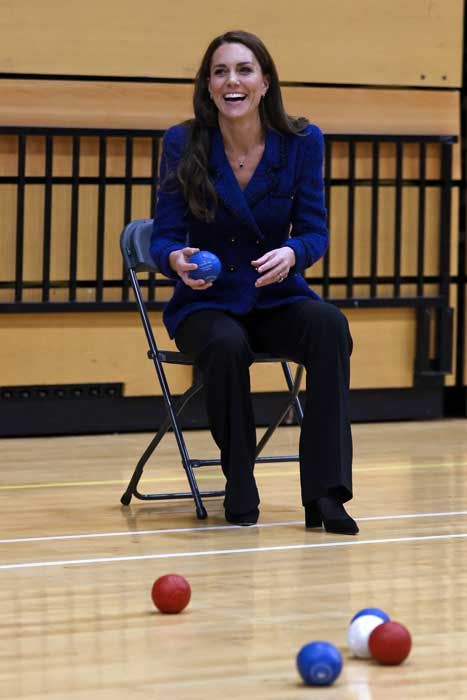 Princess Kate is known for her sporting prowess

An apprentice at the event gave insider insight into the royal’s skills in the ring, explaining: “I taught him some basics – one-two, jab. He wasn’t bad! He picked it up quickly. Some defences as well – some slips, some rolls.”

The father-of-three went on to box with another attendee, who gave a clue as to why William was so comfortable in the ring. “He told me he had done a bit before,” he revealed. “He had a few skills under his belt.”

Sign up to HELLO’s Menopause Memo to receive five days of expert-led menopause intel direct to your inbox.