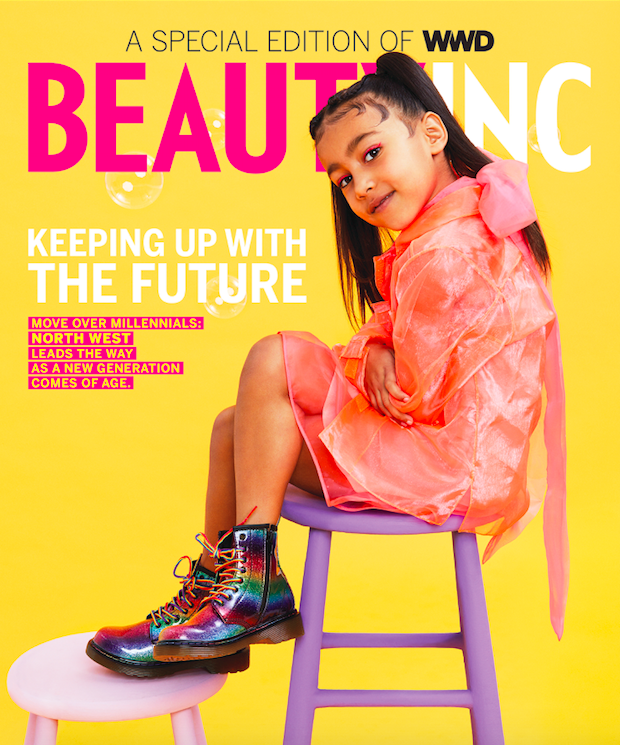 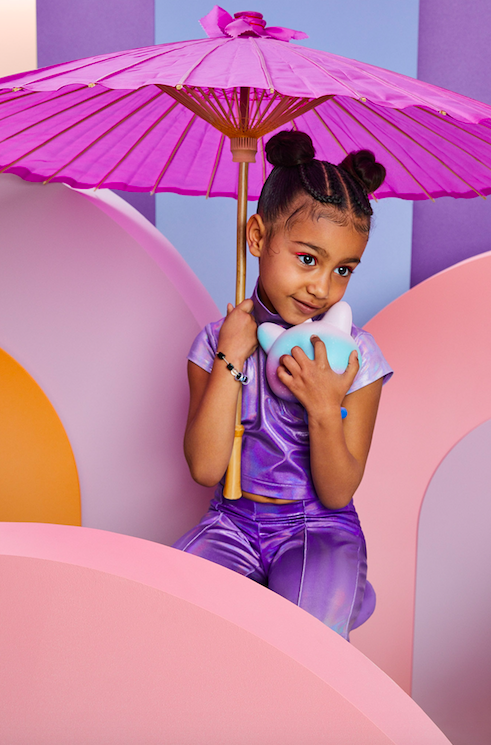 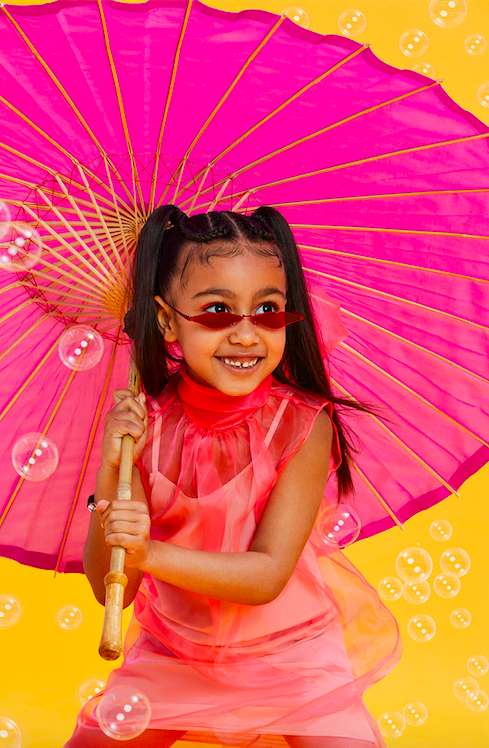 The cover story explains how West’s generation, dubbed Alpha, is already making waves for their distinct taste and interest in fashion, beauty, and style. By 2025, half of the U.S. population will be under the age of 17, making Alpha and the slightly-older Generation Z a major force to be reckoned with in the beauty space. After all, this is a generation that never lived without access to Youtube tutorials, Instagram influencers, or Snapchat filters.

“At five years old, North West, the famous daughter of Kim Kardashian and Kanye West, has captivated the digital realm with her cross-generational appeal,” writes Alexa Tietjen in WWD. “Without a public Instagram or YouTube channel of her own, she’s too young to fully understand what a digital footprint is. And yet, hers is already wildly popular.” 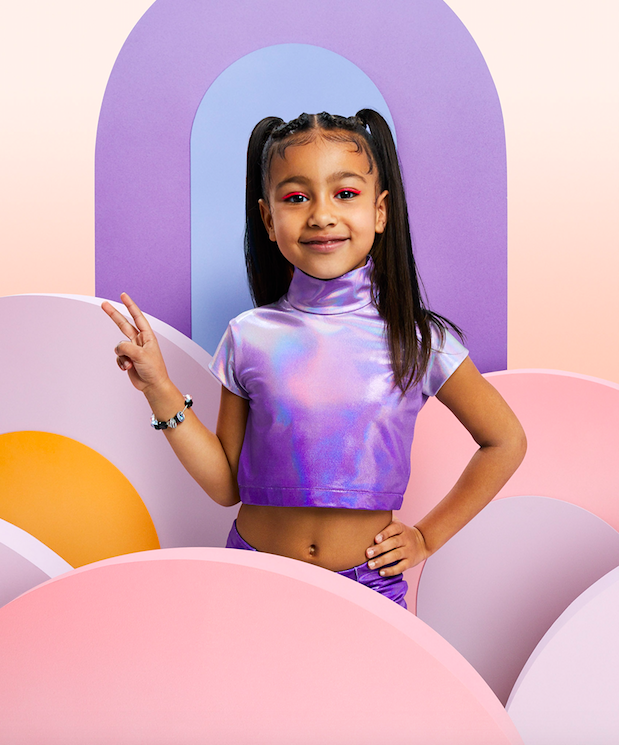 In the WWD photo shoot, West wears an electric pink eye look by Kardashian go-to makeup artist Mary Phillips (who did a similar look on Kendall Jenner earlier this month). West’s curly hair is pulled into sleek pigtails by her mom’s hairstylist Chris Appleton. Kardashian West has previously said that she allows her daughter to experiment with makeup, but doesn’t want her wearing lashes or dark lipstick just yet.

Kardashian West has often documented her daughter’s budding interest in beauty and makeup, like a hilarious tutorial using the KKW Beauty Smokey Glam Bible collection that ended in a toddler tantrum. West isn’t alone in her fascination with beauty: 69-percent of Gen Z-ers (who fall between the ages of seven and 22) use color cosmetics and 68-percent have a skin-care regimen, according to NPD research via WWD.

“I already know North is into makeup for sure,” Kardashian West told Refinery29 back in December. “She had friends over this weekend and some of her girlfriends came and they were just all in her room, giving themselves makeovers. I was like, OK, she’s really, really into makeup. When companies send makeup and I have a lot, I’ll give it to her.”