‘Teen Mom 2’ alum Chelsea Houska is mixing things up! The reality star dyed her hair brown and got rid of her signature red hair. See her before and after makeover.

Chelsea Houska, 29, was ready for a change. The Teen Mom 2 star revealed her new brown hair on her Instagram Story and TikTok. Chelsea is known for her bright red hair, but now it’s a deep chocolate brown.

She even enlisted her daughter, Aubree, in a fun TikTok to show off her hair makeover. In the TikTok video, Chelsea uses the “Girl Don’t Do It” vocals to show her transformation from red hair to brown hair. When she revealed her dark brown makeover, Chelsea had a huge smile on her face.

The Teen Mom 2 alum has been thinking about ditching her red hair for some time now. During an Instagram Q&A in 2019, Chelsea was asked if she’ll always have her signature red hair. She responded, “I want to go dark dark, almost black. But I’m scared,” Chelsea admitted.

The reality star welcomed her fourth child, Walker June, in January 2021. Walker is her third child with husband Cole DeBoer. Chelsea’s oldest daughter, Aubree, is from her relationship with ex Adam Lind. 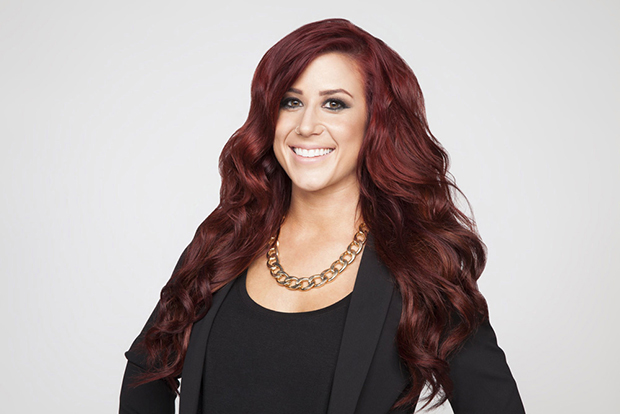 For 10 seasons, Chelsea chronicled her life on Teen Mom 2. However, she did not return for season 11. She recently opened up about stepping away from the cameras. “There just came a point—and I think it was a buildup almost—this feeling in my gut, or my heart, I guess. It just didn’t feel like I was supposed to be on that show anymore,” Chelsea told E! News. “There were conversations that [my daughter] Aubree and I were having from time to time, and there came a point where I was just worried because I don’t want her to ever be like, she can’t tell me things because it’s going to be aired to millions of people or whatever.”