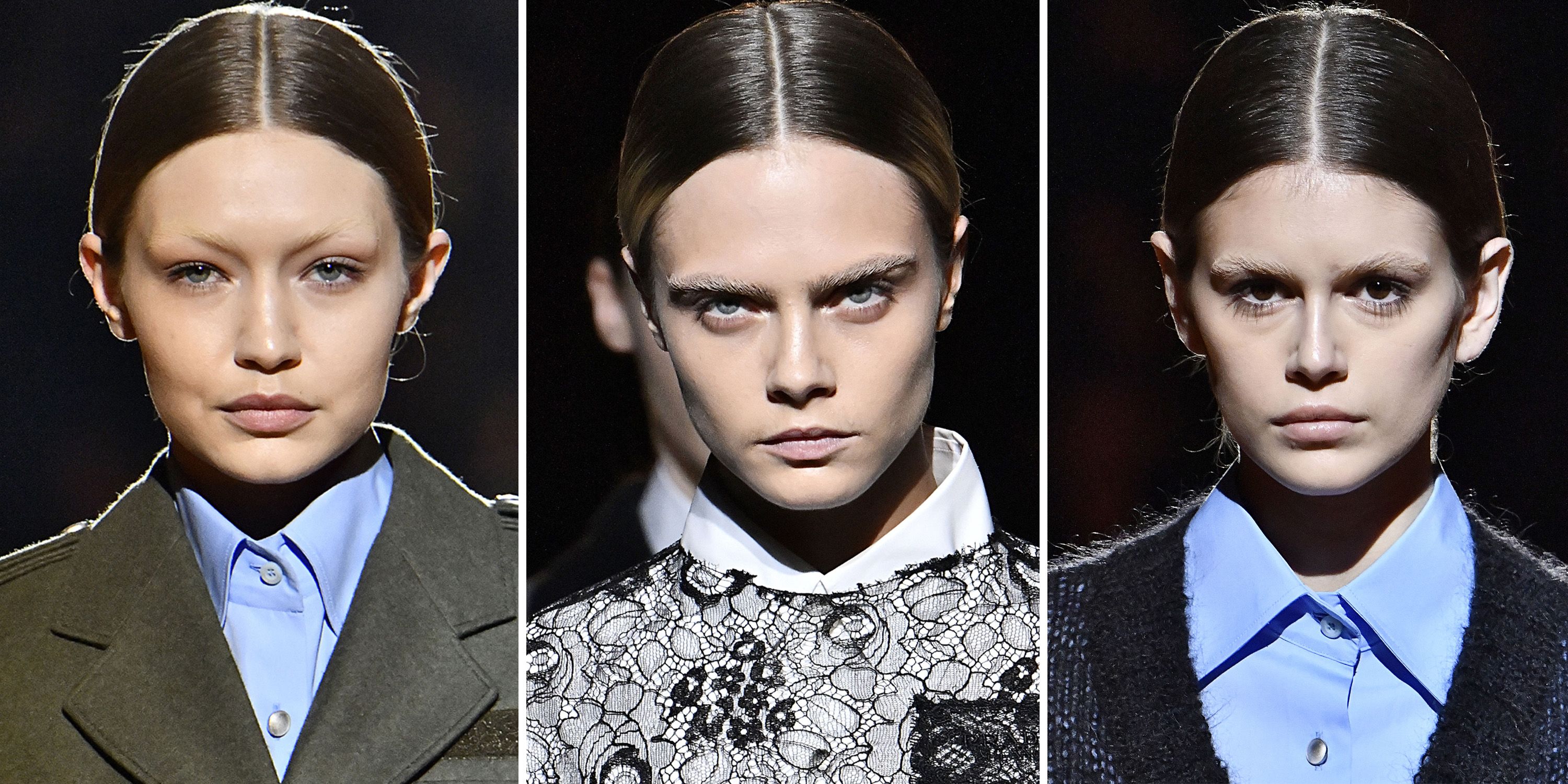 If the Prada runway beauty look from today’s fall 2019 show is to be taken literally, then long, ultra-glossy braids are in for next season and eyebrows are out. Dozens of models hit the catwalk with their eyebrows bleached into invisibility, including supermodel Gigi Hadid, Cindy Crawford’s daughter Kaia Gerber, and eyebrow legend Cara Delevingne. Yes, even the latter let her signature brows get bleached into oblivion. 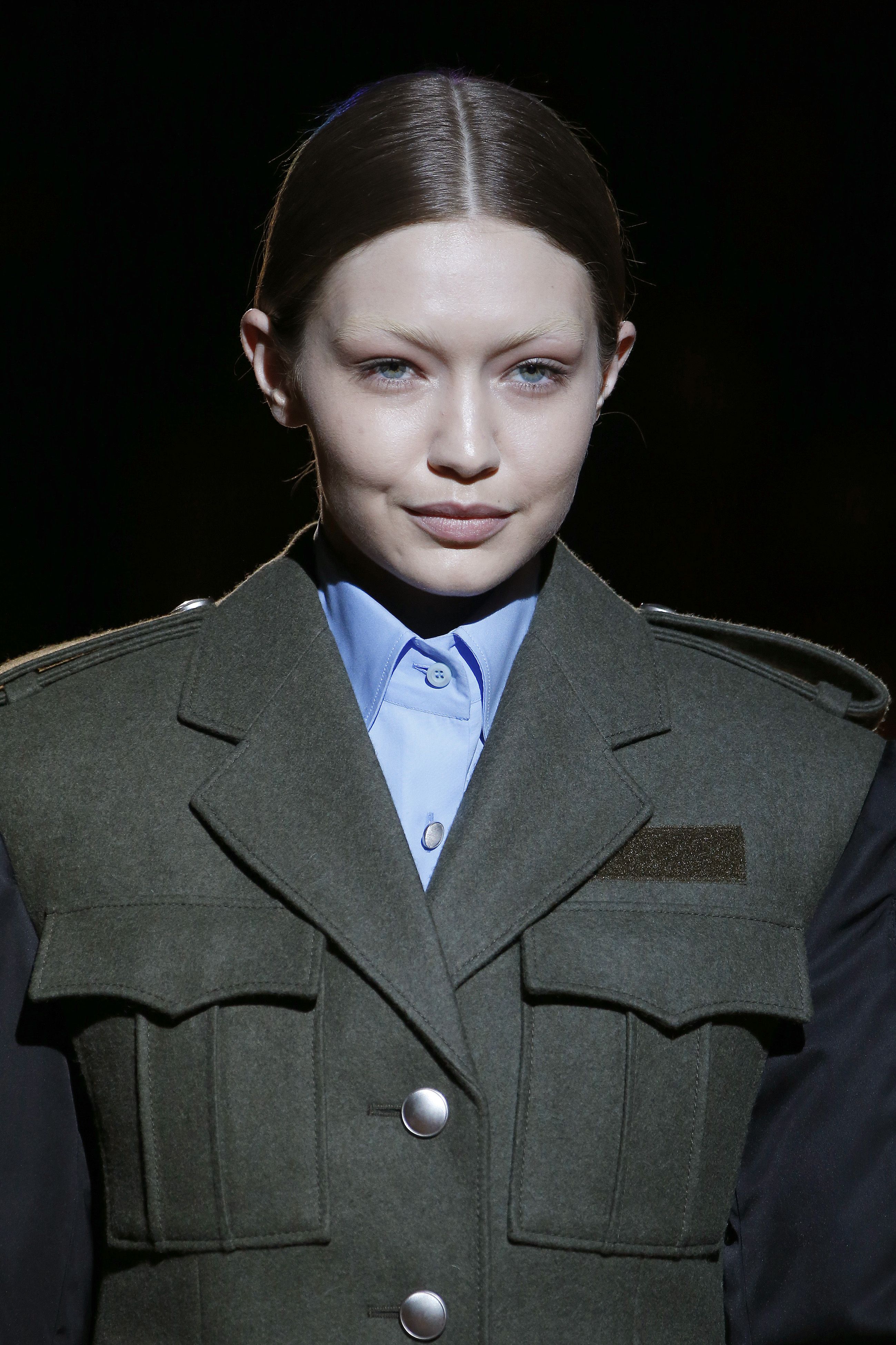 It’s not uncommon for models to bleach their eyebrows for a runway show. Marc Jacobs, Alexander Wang, Givenchy, and Alexander McQueen have all forced models to lighten their brows for a trip down the catwalk. The process isn’t always fun for the models themselves, who often have to dye their brows back right after the show. 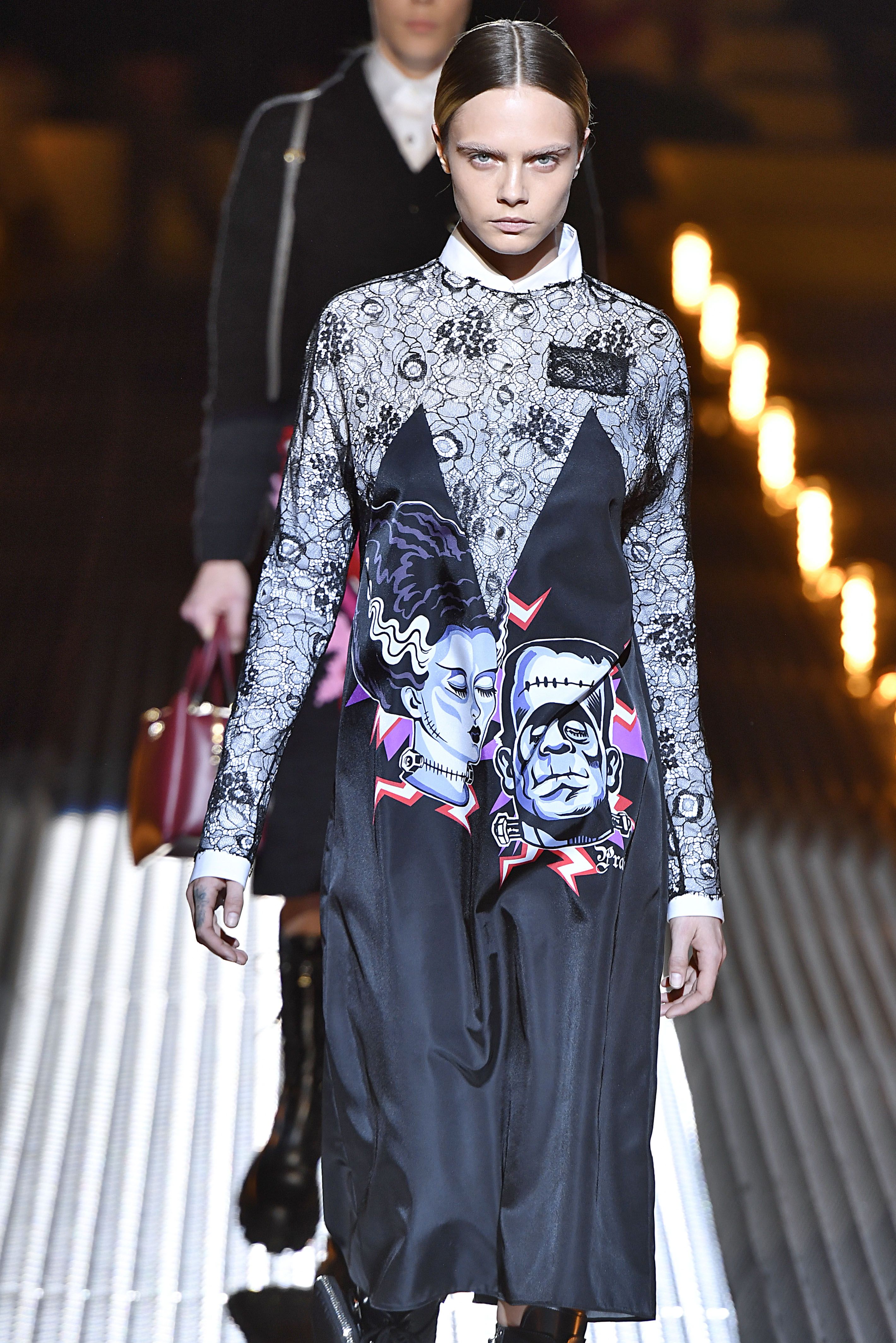 “I’ve been asked to alter my appearance in so many ways, it’s not even funny! I think the worst is when designers want to mess with my eyebrows, though,” Kendall Jenner wrote on her now-defunct blog back in 2016. “It always freaks me out because every time they do it, I lose them. They literally fall OUT!’ It’s bad—I really hate getting a bleach. And, it’s not like you can condition your eyebrows!” 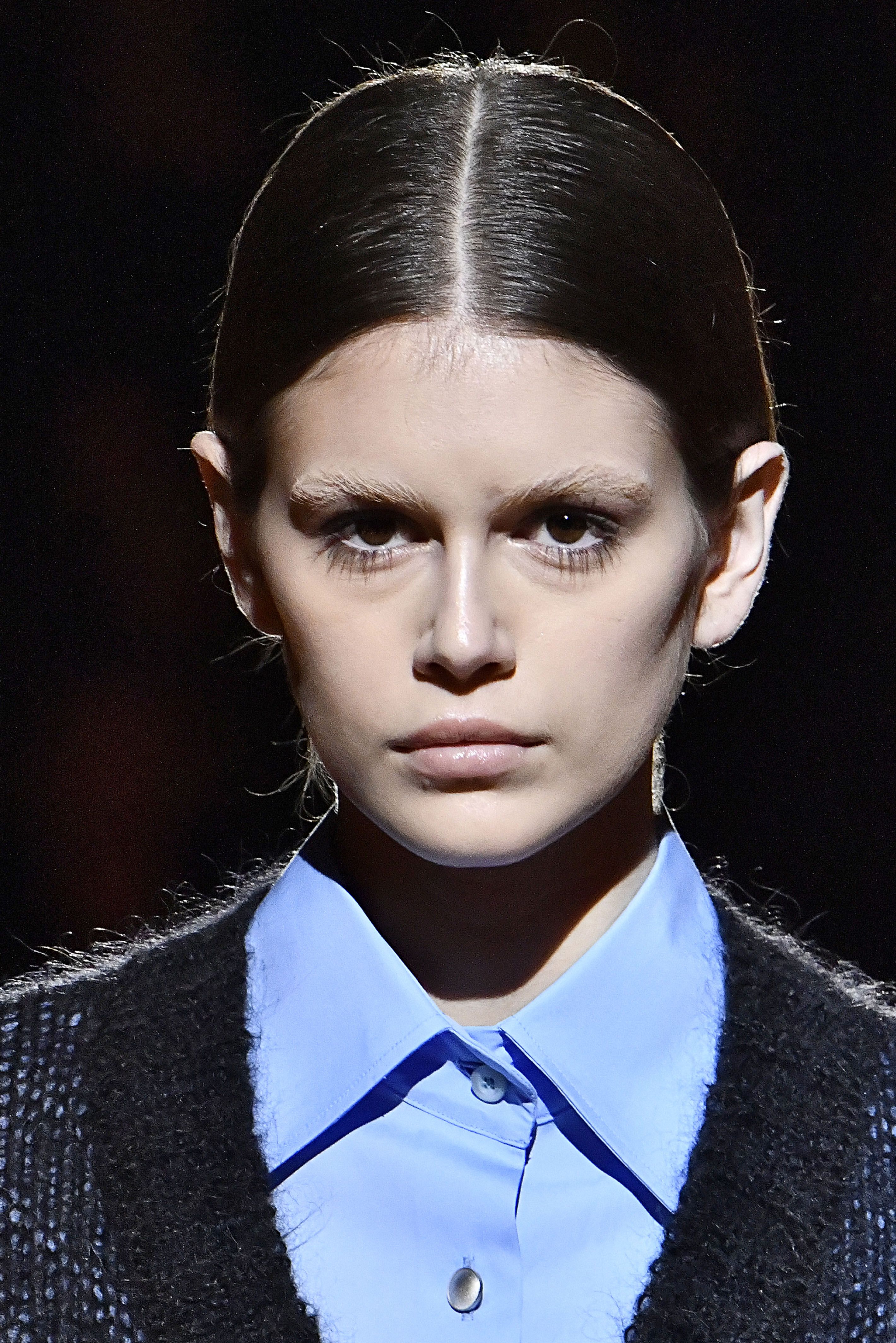 Hadid, Gerber, and Delevingne have all previously dyed their hair for runways, ad campaigns, and red carpet appearances like the Met Gala.

Taylor Hill, a model and Victoria’s Secret Angel, previously told Glamour that she cried the first time she bleached her brows. “I was 18, and it was my first major London Fashion Week. My eyebrows are my thing! They’re my look, they’re my staple,” Hill said. “I was crying, saying I couldn’t do it. And then Pat [McGrath] looks at me and she’s like, ‘Darling, it’s McQueen!’ So I did it.”

If bleached eyebrows are not in your beauty future anytime soon—we get it. Instead, shop some of our favorite pencils for faking naturally-fuller brows: